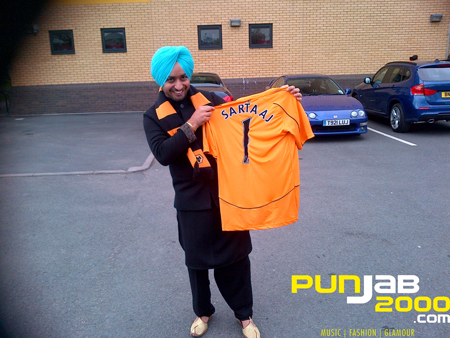 Satinder Sartaaj  took time out from his busy schedule whilst in the UK for his world tour to visit the city of Wolverhampton in the West Midlands.

His visit to Wolves included visiting a local temple, meeting Wolves Footballers, visiting the university and giving out Easter eggs to children at New Cross hospital. The day was organized by local organization ‘Punjabi Wolves’.

Dr. Satinder Sartaaj visited Wolverhampton on Thursday 5th April and began his day with a visit to the Guru Tegh Bahadur Sikh temple on Upper Villiers Street. He then went on to the Wolves Football club’s Training grounds for a tour. Sartaaj an avid fan of football enjoyed looking around the training grounds and even got to rub shoulders with a few of the football players, including Wolves keeper Hennessey.
It was evident that he enjoyed this experience a lot and even said he was ‘now a Wolves fan’. 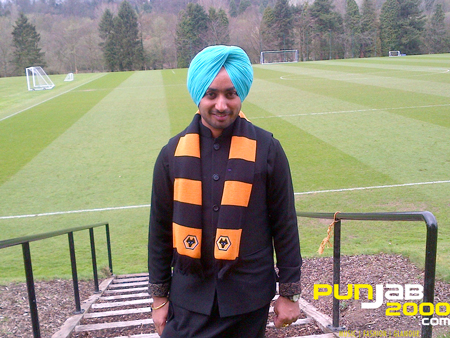 After seeing where Wolves players trained he then went to the University of Wolverhampton, where he was shown around and given the opportunity to see the education they provide and the facilities they have for modern day teaching.

Sartaaj then headed to the Children’s Ward at New Cross Hospital with bags full of Easter Eggs. The faces of the young patients there lit up as soon as he walked in with their Easter treats, and those that recognized him were even more excited by the appearance of one of Punjabi music’s most famous musicians. 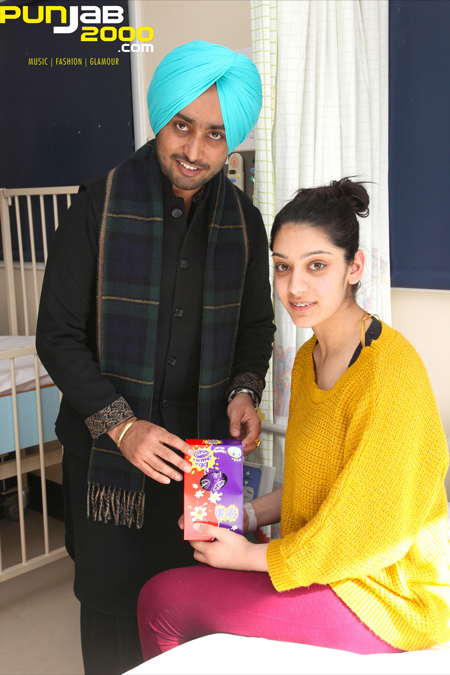 The famous singer & poet from India is visiting the UK as part of his World tour and has already performed in Birmingham and Leicester and is due to perform at the Civic Hall in Wolverhampton on Saturday 7th April 2012.