Highpoint of this year’s IIFA celebrations would be the glamorous IIFA Fashion Extravaganza with leading Indian and Thai designers presenting their fashion lines at this prestigious platform. What makes the IIFA Fashion Extravaganza even more special is that the beneficiary is the IIFA Foundation, a charity organization set up by IIFA to support families of the film industry workers who have been adversely affected during the production of a film.

Scheduled for the second day of the IIFA Weekend Bangkok, the IIFA Fashion Extravaganza, presented by alternative clothing brand Mufti and Audi, the German luxury car manufacturer, will be held at one of Thailand’s most high profile venues, the Siam Paragon Hall.

Audi India, Managing Director, Mr. Benoit Tiers said “Audi has been closely associated with style and fashion. Our entire model range, from the top of range model Audi A8 to the very fashionable Audi TT coupe underlines our extraordinary expertise in design and lifestyle. We are proud to partner IIFA as it not only presents us with a great platform to showcase our iconic car designs but also provides us with an opportunity to be in contact with varied business forums related to entertainment, style & fashion.”

The glitzy extravaganza hosted by the effervescent Karan Johar, will showcase designs by Alta Moda, Mufti, Sabyasachi, Rohit Bal, Manish Malhotra and Vikram Phadnis. Choreographed by Lubna Adams, featuring 25 Thai models and 15 Indian models adorning jewelry from Gitanjali Lifestyle and Diamrusa, this event is sure to bring alive the dreams of fashion and movie addicts, alike. 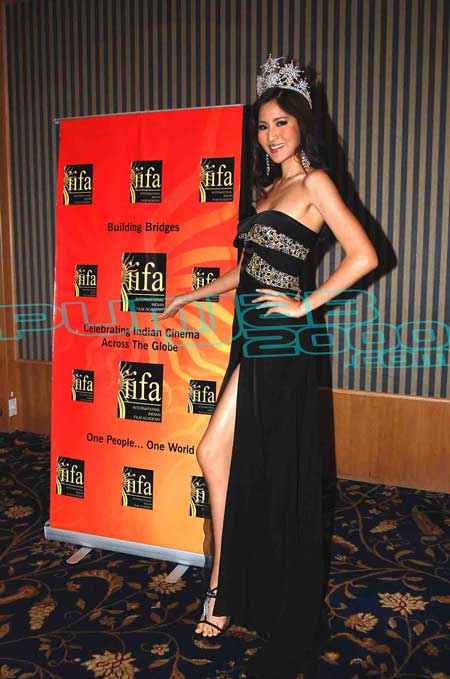 Leading Indian cine stars will walk the ramp as showstoppers for their favourite designers. While Vidya Balan will add the elegance to Sabyasachi’s line, Kareena Kapoor will up the glam quotient for Manish Malhotra’s designs.  The cast of the forthcoming film De Talli, Aftab Shivdasani, Riteish Deshmukh and Ayesha Takia will walk the ramp for Vikram Phadnis and the Love Story 2050 couple – Priyanka Chopra and Harman Baweja will be showstoppers for Rohit Bal. 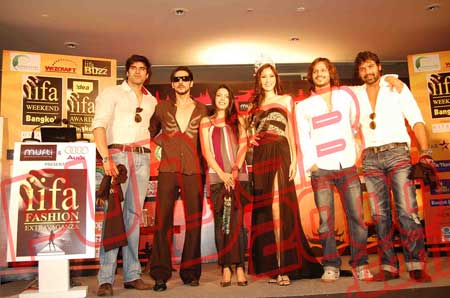 Wizcraft International Entertainment Ltd. Director, Sabbas Joseph said, “The IIFA Foundation was set up in 2003, as a humble attempt to contribute to a noble cause in the magical world of Indian Cinema. Each year, we host charity celebrity events, at the IIFA Weekend, and it has been heartening to see the number of eminent cine stars that have come forward to support this cause. This year, IIFA 2008 brings for its audience, a unique Fashion Extravaganza which would be supporting the IIFA Foundation. The grand show will create a platform that allows the world to witness the range India has to offer. IIFA believes in continuing this humanitarian mission by extending its efforts raising funds and resources lighting up lives with everlasting rays of hope.”

The highlight of the IIFA Weekend is the spectacular Idea IIFA Awards, which is the biggest South Asian media event, considered among the most-watched global annual events.