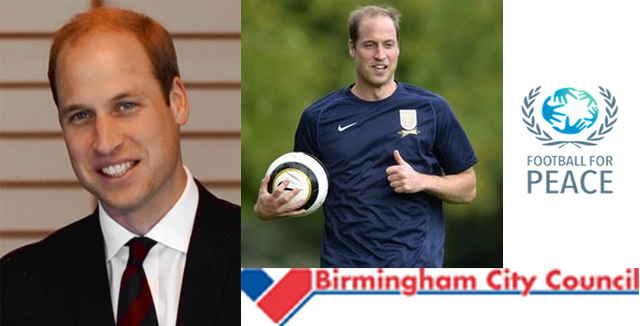 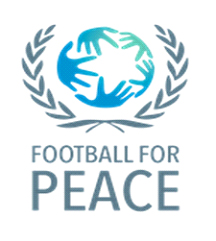 The Duke of Cambridge will be visiting Birmingham on 7 December to witness the role out of a unique pilot project, FOOTBALL FOR PEACE. Football for Peace, a national charity, has engaged seven schools in Birmingham, carefully selecting pupils both male and female aged 14 – 16 who have over the duration of the programme, and beyond, acted as Football for Peace youth ambassadors by taking part in workshops and mini peace tournaments; the ambassadors attend tailored bespoke workshops designed on equality, diversity and inclusion.

The Founder, Kashif Siddiqi says: “Our aim through the Football for Peace process is to harness the power of the beautiful game to unite people in today’s hostile climate. We inspire understanding and help break down misunderstandings between communities and cultures, which can transcend from grass roots to governments. Through our national peace matches and legacy tournaments in Birmingham, we bring together diverse nations and communities in order to promote peace and cohesion”.
Councillor Shafique Shah, Cabinet Member for Inclusion and Community Safety at Birmingham City Council says: “I am delighted to support this very positive initiative by young people which aims to have Ambassadors from diverse backgrounds and different geographic areas of Birmingham coming together in a joint effort to coach and tutor their fellow pupils, passing on the knowledge they’ve acquired from the Football for Peace process. In addition, helping them develop a range of social skills, as well as exploring, improving understanding of, and showing respect for different faiths, ethnicities and cultures”.

6 years ago in News, sports
Duke of CambridgeFOOTBALL FOR PEACEHRH PRINCE WILLIAM