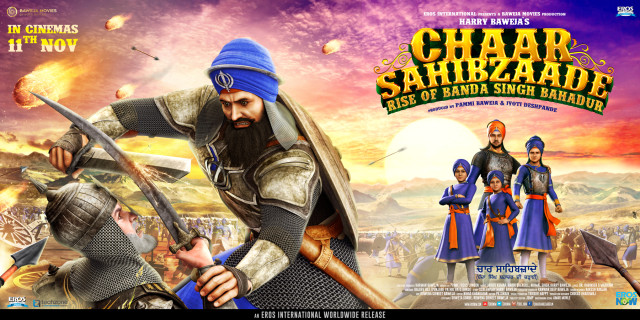 After ‘Chaar Sahibzaade’ released in 2014, director Harry Baweja had reportedly said it took him dozens of trips to Amritsar to secure permission to make the animated film based on the sacrifices of the sons of Guru Gobind Singh.

Now ready with the sequel, he has flown down “Singh Sahib”, The Jathedaar Akal Takht, and other key members for a special screening of Chaar Sahibzaade – The Rise of Banda Singh Bahadur. Harry Baweja wants to be reassured that he hasn’t missed out any detail in the film or included something that’s not within the history. “You have to be careful with history, so it is important to run the film by them. I want everything in sync with facts and no one knows about The Sikh History better than them.”

The Jathedaar Akal Takht has watched the movie and lauded the efforts of Harry Baweja for showcasing a huge chapter from the Sikh history and weaving it very well in a 2 hour film!

The sequel releases on November 11th and Harry Baweja will apply for certification after incorporating suggestions from them. “We didn’t want to go to the Censor Board without seeking blessings of the Golden Temple’s head priest first,” he says.