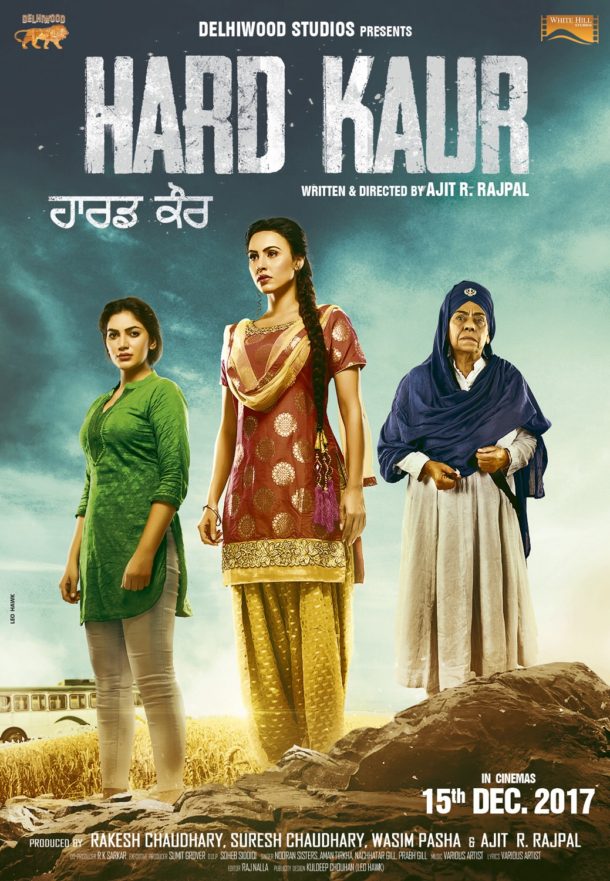 Deana Uppal has come a long way in the industry. From starting off as a model, former Miss India-UK, Big Brother Finalist in the UK then going onto be a contestant in Khatron ke Khaladi, now recently started directed and directed her first hit music video Main Kossa Rabb Nu. Deana stars in a powerful role in the movie which will be Deana’s launch into Punjabi cinema. To-date Deana is known to be one of the top-notch models in the industry and achieving global fame, her story is truly an inspirational one!

Deana has a classical type of Indian beauty and the perfect look for Punjabi film world, she plays the role of Sirat Kaur, a simple sweet shy school teacher who gets harassed by men because of her beauty. As seen in the trailer, Deana’s subtle but expressive acting stands out and immediately makes the audience connect with her. Her eyes tell a story without saying a word, which only true actresses are capable of doing.

‘’Hard Kaur” is the first Punjabi female orientated Punjabi movie. Alongside Deana, as the main lead instead of the norm having a male lead, there is award winner veteran actress Nirmal Rishi.

Director Ajit Rampal commented “Punjab is one of the greatest states that created the most Women Warriors ever; today it is fading its vibrant grip from its courageous bygones. As our bit to better the “life of our women” we are attempting to make their bravery a regular part of our day to day life, this Punjabi film features “5 Sikhnis” from 5 Different cities of Punjab who go through agony; but come together to fight the hard-ships by uniting, titled as “HARD-KAUR”.