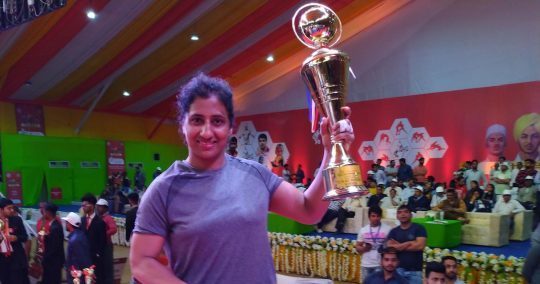 Back on the wrestling mat 35 & Divorced, Gursharan Preet Kaur is Winning

Kaur, 35 and separated, has returned to wrestling after six years to support her five-year-old daughter.

The 35-year-old is making a comeback to the sport after being away for seven years, having last competed at an inter-police competition in 2012. Her face wears a worn-out look because of the regular grind on the mat and partially because of working the fields in her village.

Two years after their marriage, the husband Sandeep Singh filed for divorce and asked Kaur to leave their home.

“He used to beat me when I used to train especially when I did it with boys,” Kaur says, with tears in her eyes. “They did not give me food and I was like a dead person.

With her daughter, who is now five, growing up and with a case to fight, money became another hurdle. To overcome that she decided to wrestle again and in May 2018, began training at the Punjab Police Academy, Jalandhar. 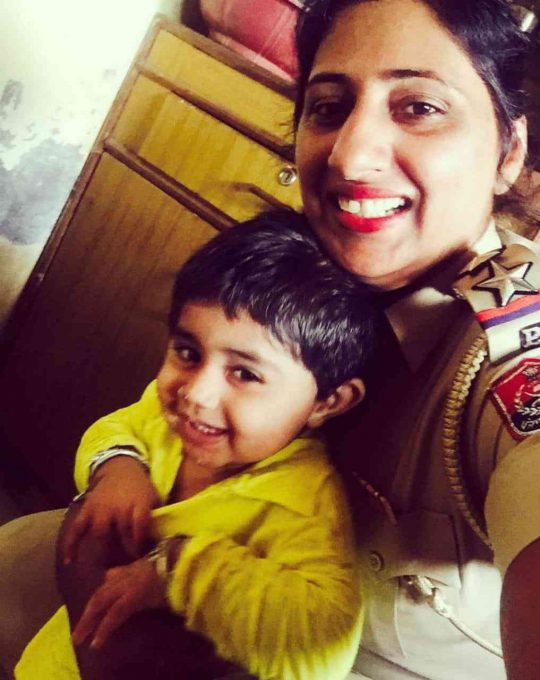 Her first competition was the senior national championships in December last year where she finished fourth after losing a close bronze-medal bout. That, however, did not deter her from trying again.

Recently at the All-India Police Games in Jaipur, Kaur won the gold medal in the 72 kg category and then, won a local dangal in Punjab. In Panipat, she was the favorite to win the gold medal.

“It’s good to be back. Wrestling gave me everything and I have once again fallen to this sport to help me. I have nothing to lose now and I am free to do anything,” she says.

“The national games were going to be held in Jalandhar. The prize money was Rs 100000 for the gold medalist in wrestling. I defeated Sonika Kalliraman there again,” she says.

There was no turning back from there. Kaur went on to represent India for 11 years and finished fourth at two Asian Games in 2006 and 2010.

“Internationally I have represented India 33 times but won medals in just 11 competitions. At five Asian Championships, I have finished fourth. Those days, women’s wrestling wasn’t given much preference.” she says.

Now, Kaur hopes that she can return to her peak form.

“Six months is all I need. I think by the time the trials for World Championships come and I am allowed to compete in it, I will win one-sided.”

Kaur will have to write to the Wrestling Federation of India to allow her to take part in the trials as she is not part of the national camp in Lucknow, a place where Kaur wants to return.

I want to wrestle and enjoy my time on the mat. I am not afraid anymore.”