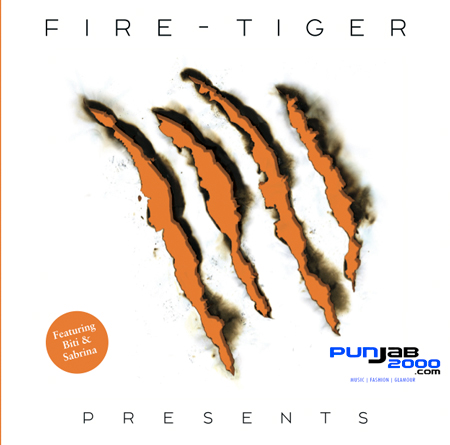 After introducing one of 2011’s breakthrough artists, Shide Boss, this month Karman releases an EP from cutting edge British Asian producer, Fire-Tiger. The first song to be taken from the EP is ‘Veh Vanjaria’, produced by Fire-Tiger and featuring the vocal talents of Sabrina, Biti and Amrita from UK girl group Enalay.

‘Veh Vanjaria’ is a classic love song which fuses the flawless Punjabi vocals of Biti with Sabrina and Amrita’s English verses. Fire-Tiger perfectly blends all three artists to create a sound which can only be described as ‘music dipped in culture’. The track represents four talents, all signed to Karman Entertainment, who are distinctly British Asian and come from different parts of the UK.

Sabrina is a singer, songwriter from Birmingham who writes and sings contemporary pop / R’n’B and makes music with Bedford based Punjabi vocalist Biti. Also featuring on ‘Veh Vanjaria’ is Amrita who is one-third of British girl group Enalay. The group formed in 2010 and have been recording music with some of the UK’s most prominent producers. Having signed to Karman Entertainment last year, Enalay will be unleashing their debut track next month. Completing this talented quartet is Coventry based producer Fire-Tiger, who releases ‘Veh Vanjaria’ as part of a new EP this month.

The 'Fire-Tiger Presents' EP is out now and features 6 tracks including 'G6' and 'Ahka Saab Keh Gayian'. The EP has been performing well on iTunes already, with 'Veh Vanjaria' cementing a regular spot in the World Music Top 10 for the last 5 days.