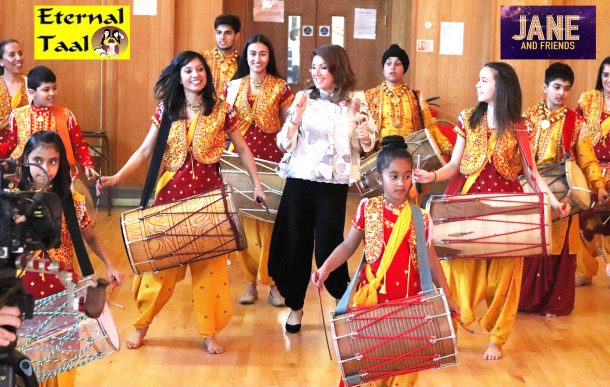 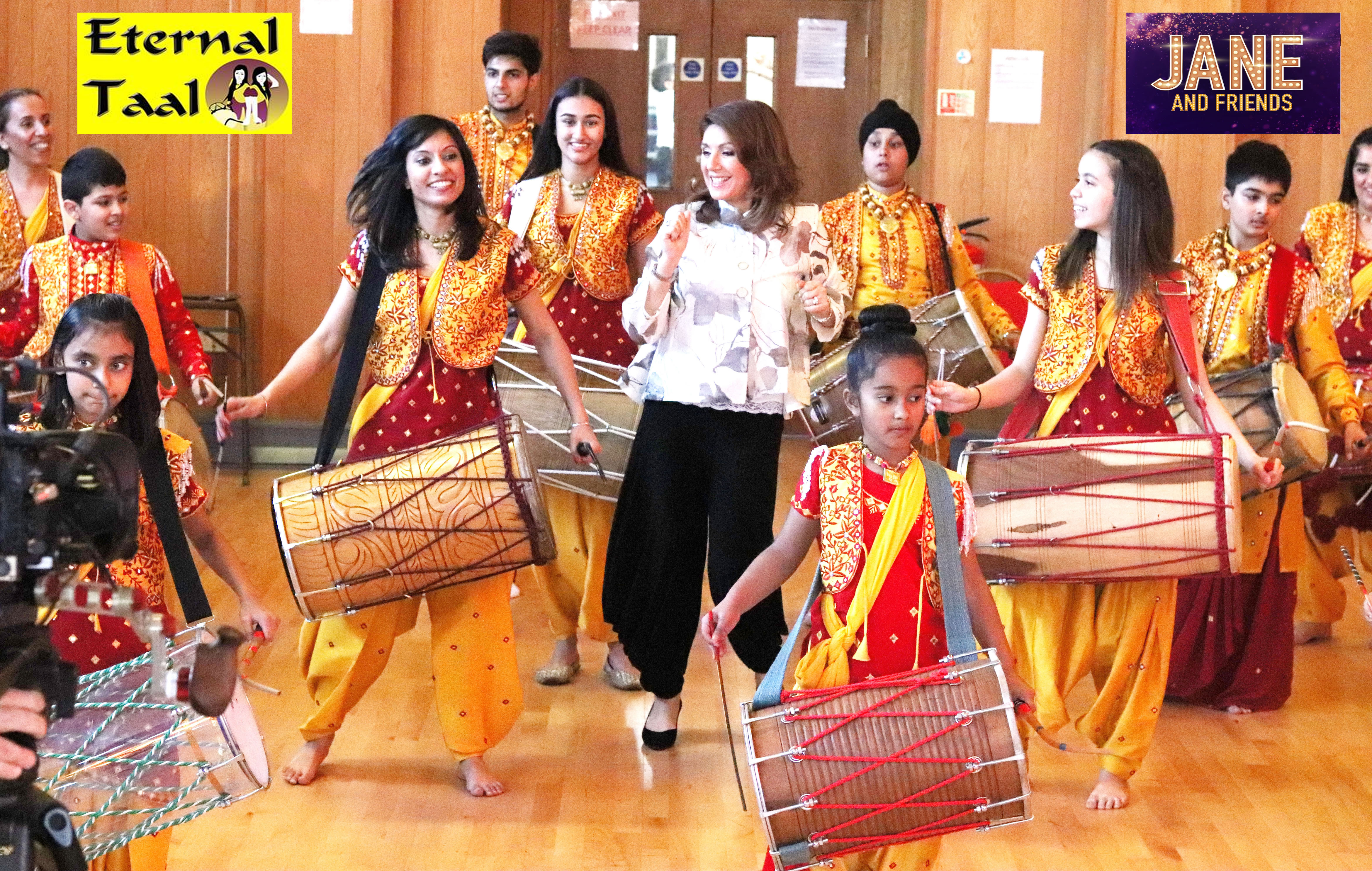 Eternal Taal female dhol players and bhangra dancers have always had a unique element about their success since they established in 1999. They not only promote Bhangra on a world wide scale, but highlight the importance of how one person with one dream can accomplish so much. With the continued hard work and innovative ideas of Parv Kaur, the founder; the team has been blessed with opportunities many only dream of. It was then inevitable, that Parv’s diligence would not go unnoticed.

It began when Parv’s 25 year journey in the Bhangra industry featured on BBC World News in 2017. The video went viral across the world, giving her further global exposure. It didn’t stop there. She continued to hold her head high when her and her team were awarded ‘Best Asian/World Act’ at the Birmingham Music Awards 2018. Parv Kaur, already on a high, was then surprised by Channel 5’s Jane Mcdonald at her classes in Birmingham.

‘Jane and Friends’ is a new TV series aired on Channel 5 and hosted by the singer, actress and media personality, Jane Mcdonald. Parv was approached by Channel 5 after expressing their delight with Eternal Taal’s work ethic and ethos. Assuming it was a usual performance at Dhol class, Parv didn’t think much of it. Little did she know that Jane was hiding in another room. She was astonished when Jane Mcdonald came bursting through the doors with her camera crew to congratulate Parv on her 25 year journey. The team were aware but Parv was oblivious.

Jane very quickly joined in with the teams atmosphere and even managed to play a little dhol and screw some light bulbs with the team. The BAFTA Award winning personality invited the team to join her on the sets of ‘Jane and Friends’ in Manchester. The team thoroughly enjoyed the experience and it is something they’d never forget.

Don’t forget to watch Eternal Taal on your TV screens on Friday 6th July 2018 on Channel 5 at 9pm UK time.

‘Eternal Taal’ is the largest and longest running female Bhangra entertainments team based in Birmingham, UK. An entertainments team founded in 1999 by Parvinder Kaur, the first female Dhol drummer in the UK and daughter of the pioneer of Bhangra music in the UK – Balbir Bhujhangy. Eternal Taal has performed for Glastonbury festival five times, House of Commons, Graham Norton Christmas Show and they have featured in the Bollywood films ‘Yamla Pagla Deewana 2’, ‘Shaandaar’ and ‘Ae Dil Hai Mushkil’ along with performing for a large number high profile clienteles. More recently they featured on Channel 4’s ‘Ackley Bridge’. More information is available on our website www.eternaltaal.com