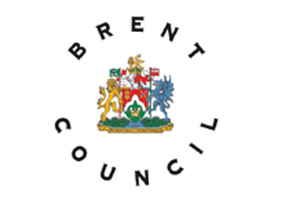 On Tuesday, 1st July 2008, a local video and music retail business and it’s Director were ordered to pay fines and costs totalling £ 5,614 to the London Boroughs of Brent & Harrow Trading Standards Service for supplying counterfeit and unclassified DVDs.

Musik Zone (Wembley) Ltd, based at 105a Ealing Road, Wembley and it’s Director, Mr Mohammed Nadeem (aged 37), pleaded guilty to a total of fourteen offences under the Trade Marks Act 1994 and the Video Recordings Act 1984.

The Court heard that the case arose after Brent & Harrow Trading Standards Service received a complaint from a member of the public who had purchased a number of CDs and DVDs from the defendant’s premises which were later found to be counterfeit.Undercover Trading Standards Officers visited the shop during October 2007 and purchased several DVDs which upon examination by the film companies were also confirmed as being counterfeit.

The Court heard that on 12th November 2007, Brent & Harrow Trading Standards joined forces with the Alperton Safer Neighbourhood Police team to search Mr Nadeem’s shop for illegal goods.  A quantity of fake DVD’s were seized because they breached the trade marks of EROS International Ltd and Yash Raj Films who are two of the biggest distributors of Bollywood films in this country.

After the seizure the DVDs were also examined by the British Board of Film Classification who confirmed that they were unclassified as required by the Video Recordings Act 1984. The Magistrates were told that during an interview with Trading Standards Officers, Mr Nadeem stated that the seized DVD’s were his own personal possessions and that he had purchased them from Wembley Market. He also stated that some of the seized DVD’s belonged to his friends who had left them in his shop.

Speaking after the case, Bill Bilon, Director of Brent & Harrow Trading Standards Service said, “This case sends out a strong message that the sale of counterfeit DVDs will not be tolerated by Trading Standards or the Courts. Counterfeit DVD’s are of poor quality and traders who try and sell them have no regard for genuine businesses who are trying to operate in a legal and decent manner. Counterfeiting harms both the local and national economy and we are determined to crack down on those who sell counterfeit goods”.

The Trade Marks Act 1994 creates a criminal offence if goods are sold or offered for sale with a registered trade mark applied to them, when no authority has been given by the trade mark owner for their trade mark to be applied to the goods. The penalty for a breach of this Act could result in an unlimited fine and up to ten years in prison·        The Video Recordings Act 1984 creates a criminal offence if goods such as DVD’s are offered for sale or sold that have not been classified by the British Board of Film Classification. Offences are also committed if classification labels are not applied to the DVD box and disc