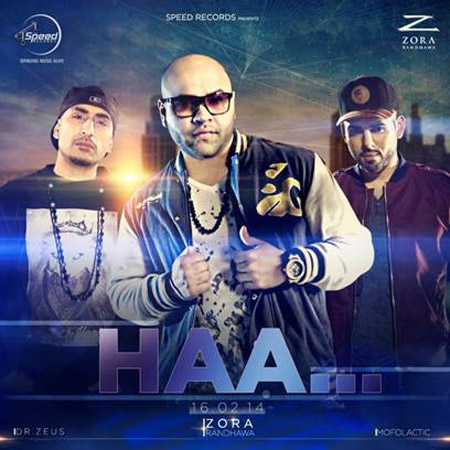 Zora is possibly the only singer in the history of Bhangra music to perform in over 200 live shows across the world without any musical release of his own.

Born in Amritsar, Punjab, raised in UK and spent his teens through Canada and Australia we can safely say Zora has had an international upbringing to solidify his passion for Bhangra Music from a young age. At the age of 7 Zora began singing under the guidance of late Kaka Bhainiawala and at 11 began learning Table and Harmonium. Zora began touring the world with Punjabi superstars Dr Zeus, Bally Sagoo, Jassi Sidhu, Mika Singh and so many  more.

Zora’s debut single HAA produced by Mofolatic and  project conceived Dr Zeus is a quirky track with traditional Punjabi lyrics mixed with modern beats. The track released worldwide March 16th  under Speed Records worldwide and Zora is currently on tour in India before he come to UK for the official Press tour with Sahdev Media.

Zora’s music talent is yet to be unleashed with a string of hit ready to release in the next few months.

Look out for this new singing sensation ready to take over the music scene!

HAA is out now WORLDWIDE