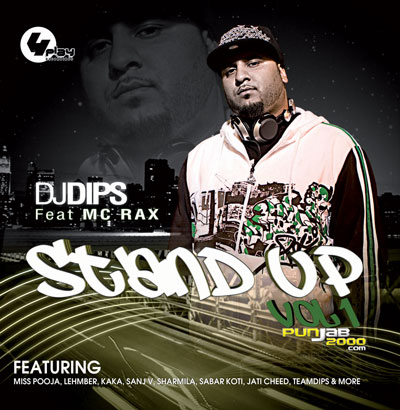 Formerly of Ominous DJs, Dips has made a conscious effort to create a fresh and unique sound whilst also reviving some classic Panjabi musical styles on his album. His experimenting has been a hit so far, with ‘Gal Sun’ and ‘Nagin’ proving to be popular radio tracks.

Teaming up with Sunil Kalyan, particular attention has been give to percussion resulting in the album being jam packed with the finest desi beats. The track ‘Ek Gerra’ sees Dips collaborate with Team Dips for an attack of dhol beats for a real dancefloor filler. Promoting UK talent further, ‘Nach Nach’ features rising star Jati Cheed for a fast paced Bhangra dance track.

With all these dance numbers Dips still manages to slow it down with ‘Tere Yaad’. Featuring Sanj V’s vocals over classical sarangi and tabla pieces, the song is sure to make even the most musically learned people listen in awe. Furthermore Rafaqat Ali Khan lends his vocals to ‘Ranja Ranja’ for a fusion of modern beats and traditional lyrics.

The next video release from ‘Stand Up Vol.1’ is perhaps the most anticipated song from the album. It’s the first time a Boliyaan of this magnitude has been put together. ‘Gerra De De’ sees three of Punjab's biggest Bhangra stars come toegther on one massive track – Kaka Bhaniawala, Lehmber Hussainpuri and Miss Pooja. Look out for the video hitting your screens in a few weeks. 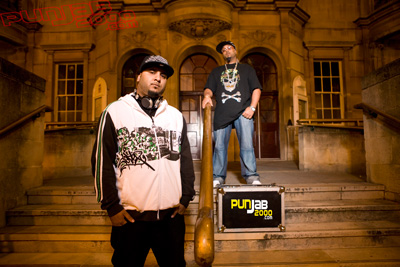 Full of a mix of old school desi flavours and dancefloor fillers, ’Stand Up Vol. 1' will be available for digital downloads from 20th February and available in music stores from next week.