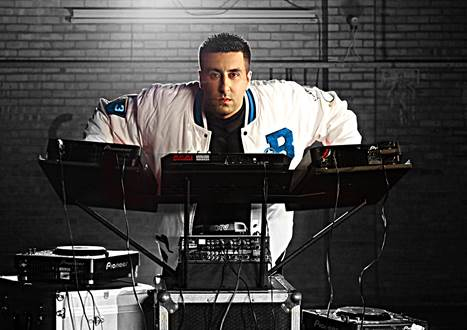 International DJ, Producer, BBC Radio Host and Bhangra royalty Dipps Bhamrah is ready to embark on a never before seen musical adventure and it all starts with the single ‘Twerking Jugni’ 30th Jan 2014.

Dipps, who has been in the music industry for nearly two decades derives from a musical background being born in to a music family and growing up around music and media. Dipps who also hosts one of the most popular Bhangra shows on BBC Asian Network is also a reputed music producer and DJ.

The man has showcased his talents across the world performing live and Dj’ing in India, Canada, USA, Europe, Australia and Singapore to name a few Dipps, who last year teamed up with Balvir Boparai on the album full volume is now launching his first single of 2014 called ‘Twerking Jugni’ featuring the vocals of his father and member of Apna Sangeet K.S Bhamrah Twerking Jugni which is a modern rendition of the classic ‘Jugni’ given the urban Trap treatment and fast modern beats.  Dipps is also bringing a Desi & Rock mix of the track with all 3 featured on a first ‘selfie’ style video. The track will for sure get the attention of desi’s around the world and see them Twerking Desi style!

‘Twerking Jugni’ is track 1 of 12 that Dipps Bhamrah will be release as part of his year long #EmbraceTheMadness project of releasing a brand new track every last Thursday of the month with the brand new record label Generasian Records.

“From the music, the videos, the artwork and the attitude…it’s time for a change.  I’m going to showcase the music that I enjoy making and bring something different every month.  It could be anything from Desi to Dance, Trap to Qawali, nothing is going to be off limits from now on … and something new is only a month away. ” ~Dipps Bhamrah.

This year is set to take the Dipps Bhramrah brand to another level with an international tour, new music and exciting collaborations!