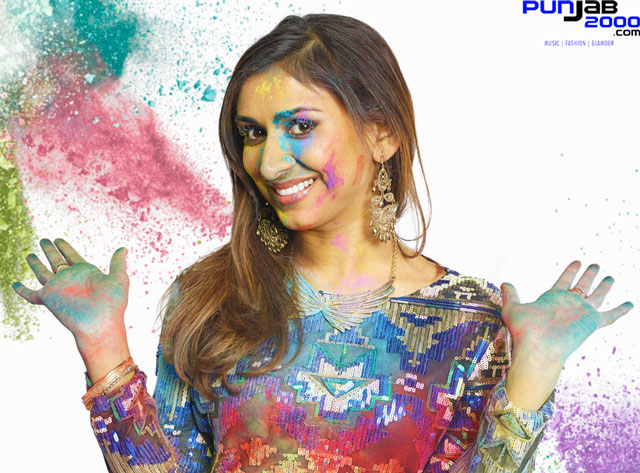 Meet some of the cast for Gurinder Chadha’s new show Desi Rascals coming to Sky Living on 20 January 2015.


PROFESSION: Beautician
CHARACTER: Single parent Amita hasn’t given up on her dream of finding Prince Charming, despite a difficult divorce and continued heartache. If anything, Amita’s past has only made her stronger – she knows what she wants in life and she won’t settle for anything less.

How would you describe yourself?
Funny, loving, caring, really fun and happy-go-lucky. People say I’m quite sarcastic.

What would you say are your worst character traits?
I get the hump, I can be a little bit wonky.

Are there three items that you couldn’t live without?
My son, my bed and my tweezers – I’m a beauty therapist and I do eyebrows.

Who are you closest to in the series?
I would say Naman – we’ve really gelled. We met on Facebook. He heard I was the best for eyebrows so he came all the way from where he lives over to me which is a good hour-and-a-half drive. He had his eyebrows done and we just clicked. He’s so funny. We don’t see each other that much because of the distance but I’m always ringing him to tell him what has happened or to ask him what to wear.

Do you have a hectic life?
Yes, I’m a single mum and I try to do a lot of things. I think I’m superwoman. I’m very ambitious and if someone puts something in front of me, I’m full-on with it, at the same time as trying to do everything else. I thrive on that. Who would your dream date be? Bradley Cooper, the one from The Hangover. Put me on a date with him and I’ll be fine.

What’s the most interesting thing about you?
Everyone says I’ve got a glint in my eyes and that in photos, you can always see it. I keep flicking through my pictures to try to find out what they mean. Every person I’ve met, especially men, pick up on it. 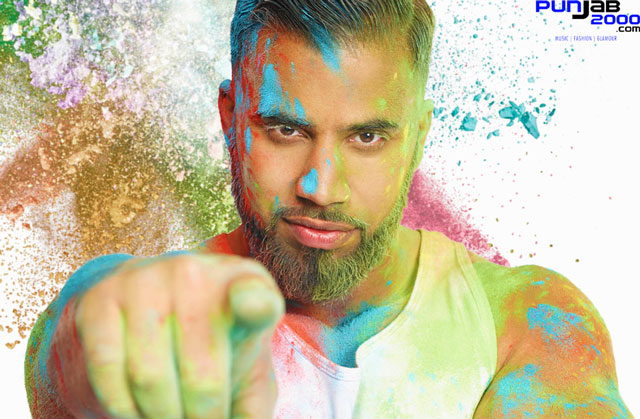 PROFESSION: Owner of Pure Muscles Gym and Anjees Dessert Lounge
CHARACTER: With his envious physique and fiercely ambitious nature, cheeky Anj is the proud owner of two businesses, which he built from scratch with his role model Uncle Nuss. Outwardly strong and confident, Anj also has a sensitive side – he’s incredibly loyal and utterly protective when it comes to his younger brother Moses. 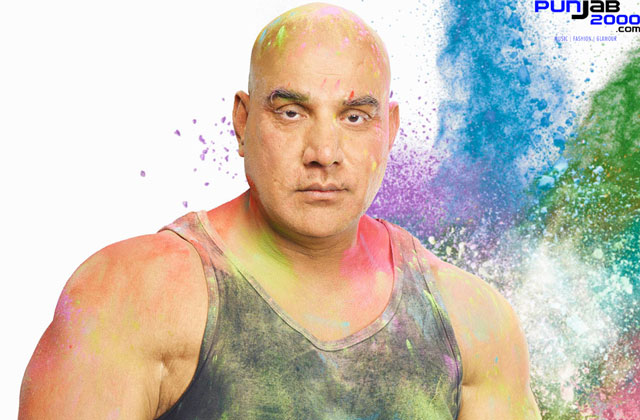 PROFESSION: Bodybuilder and gym owner
CHARACTER: Known affectionately by everyone as ‘Uncle Nuss’, Nuss is the Godfather of Pure Muscles Gym and was the first British Asian bodybuilder to compete in the UK. Uncle Nuss is a role model to many young Asians in the community and a father figure to his nephews Anj and Moses, firmly keeping them in line while also supporting their ambitions.

How would you describe yourselves?
Anj: I’m very loud, vain and a bit outspoken. I’m always moaning to people to do well in the gym and be positive.
Nuss: I’m very easy to get on with. It’s as simple as that.

Do either of you have a party trick?
A: This is mine… [makes his pecs dance]
N: Mine is wearing my T-shirt so everyone can see my arms
A: Uncle Nuss’s party trick is definitely flexing his arms.

And what three things couldn’t you live without?
N: I couldn’t live without training, that would be impossible.
A: My gym and my phone.
N: Gym, phone, family.
A: Yes, family. Or my mum, she’s great.

What are your greatest achievements?
N: Receiving an invitation to the House of Lords.
A: Earlier in the year we got an award at the House of Lords for inspiring the younger generation to get into training and fitness. It was presented by Lord Nazir and there were other Asian athletes there as well. It was an honour.
N: And I was the first Asian to compete in bodybuilding competitions. I’ve won loads. That’s an achievement

Is there any rivalry between you?
A: Slightly, a friendly one.
N: We do compete with each other but we have more of a laugh, so long as he listens to me.

What songs get you on the dance floor?
N: Anything gets him on there.
A: There’s no particular song to get me on the dance floor.
N: I can’t dance.
A: I’ve tried to teach him a few times, that was fun. You need to see Nuss trying to dance.

If you could have a skill you don’t currently have what would it be?
N: There are two things I’ve secretly always wanted to do: one is to draw something nice and the other is dancing, but we’ve already established I can’t do that.
A: I always wanted to be able to juggle. And I used to want to be an F1 driver. 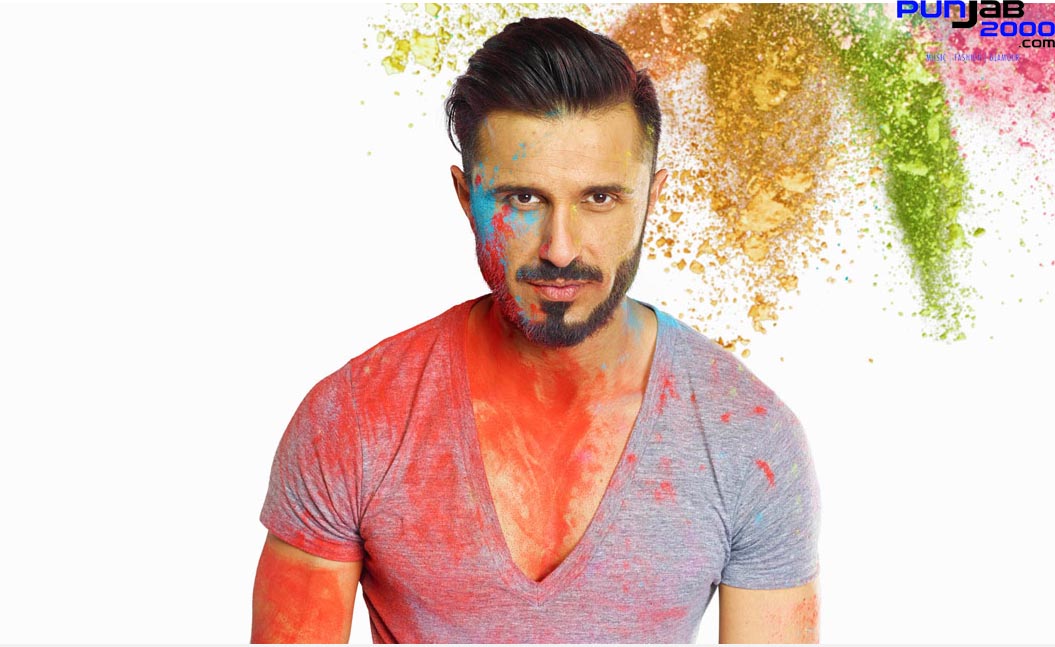 PROFESSION: Property developer/personal trainer/model
CHARACTER: Despite his chiselled good looks and warm nature, life hasn’t always been plain sailing for Owais. At the age of three he developed a stutter, making his school years difficult but also formative. Coming into his own in his 20s, Owais discovered modelling and enjoyed whirlwind years of glamorous travel and wild parties. Now 35, he feels ready to settle down and start a family, he just needs to find ‘the one’ first.

How would you describe yourself?
Confident, charming, caring. You certainly seem a confident chap. I wasn’t always, it took me a while to get here because I had a stutter as a kid. I sort of still do, but now I’m more in control of it rather than it being in control of me.

Was it quite debilitating when you were younger?
Yes, I couldn’t string together two words. When I was a teenager, 15 or 16, school was hard – kids are mean. But I thank every person who made fun of me and every girl who rejected me, that’s what made me who I am.

How did you overcome your stutter?
I had speech therapy courses. I went on the same course as Gareth Gates but that wasn’t that great for me because I found that a lot of people that have speech problems let it rule their life. I’ve learnt to control it now and, at the end of the day, I’m still healthy and things could be worse. There are certain words I avoid, like if anything starts with the letter W I really struggle. The first time I asked out a girl I was 16, it took me a while to pluck up the courage and I went w-w-w-w-w and she swore at me, a very rude word, and just walked off. But they say all geniuses have speech problems, so I say I’m like Albert Einstein!

What’s the dream? Where would you like to be in five to 10 years’ time?
My dream has always been to make my family, particularly my dad, proud of me. I’ve got ambitions in maybe five years to have my own TV show or whatever so my dad can turn around and say that’s my boy.

Which celebrities do you admire?
David Beckham is a big influence on me. He’s amazing, from where he was to the way he is now, the way he carries himself. When I have a family I’m going to be like that because you can see he loves his family.

Did you like him during the sarong phase?
Yeah, I wore a sarong with trousers out one night. And so many girls said it looked amazing.

Would you consider it a fashion highlight?
I do a lot of different things. I hate my hair, I’ve had cornrows, I’ve spiked my hair, I’ve bleached it…

Have you ever shaved your head?
Yes and I’ll never shave it again. My head’s flat at the back and I looked really weird.

Stay tuned to meet more of the characters on Punjab2000.com.