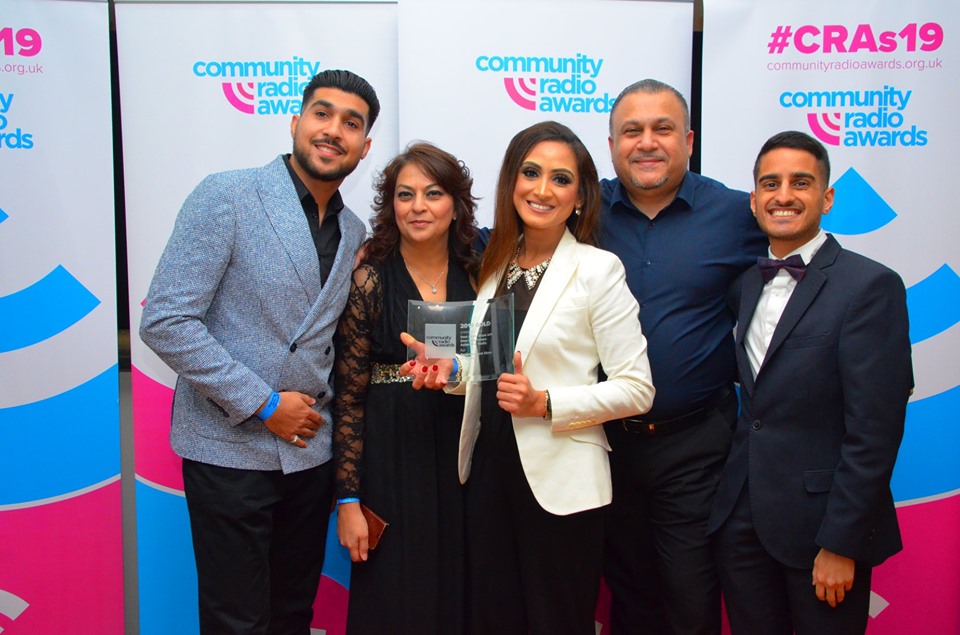 With over 420 participants nationwide and over 75 judges drawn from the community radio sector, academics, other radio / associated areas and the 3rd sector, Deepa bagged the award for ‘Entertainment Show of the Year’ for the Desi Beats Bhangra Show which also coincides with her broadcasting on Asian Star Radio in Slough for 13 years. 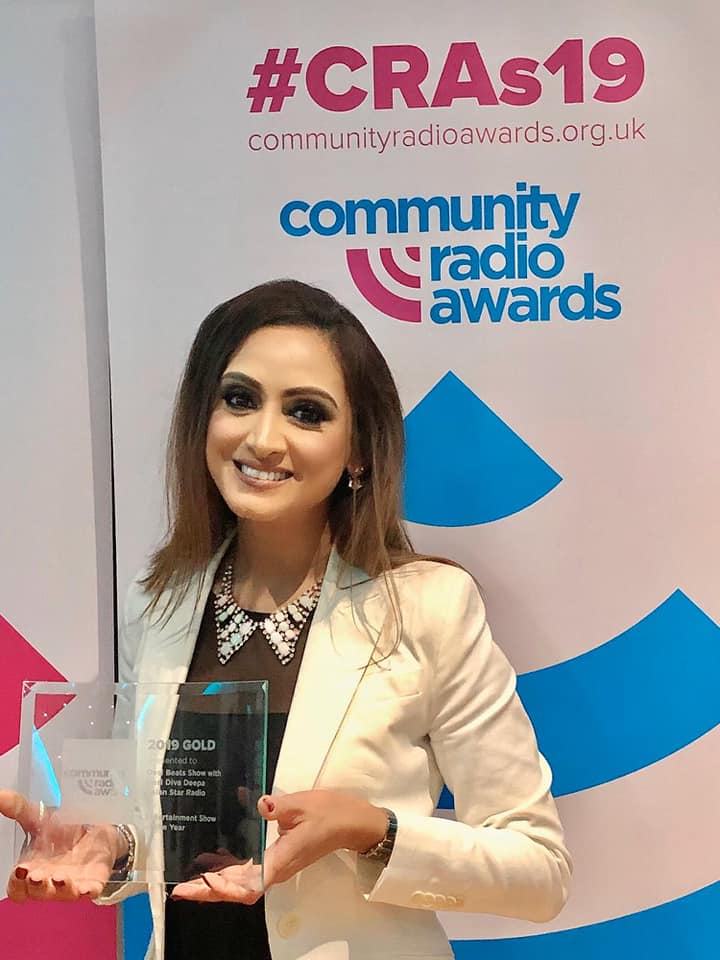 The Community Radio Awards was setup to celebrate community radio and all the hard work and time that the volunteers involved in community radio put into their stations, shows and communities.

With music as her passion and broadcasting as her art. Deepa entered the media field in 2002 after graduating in Bsc Hons Multimedia with Video Production at Buckinghamshire University. She has since been in the media and has showcased her Broadcasting skills on majority of the renowned Asian TV Channels as well as hosting her own Bollywood magazine TV show.

Her interest and passion in broadcasting developed further as she started working for Asian Star Radio in 2007. With her grace, witty charm and her ability to entertain the listeners, the past few years have been rather entertaining and progressive.

Asian Star Radio’s ‘Desi Beats Show‘ has become the talk of the town and home of the stars whether it be an Actor, Singer, Dj or Producer. The Show has been blessed with guest interviews such as Ravi Bal, Mani Kaur, Taqdeer Lucky, Banger, Dj Vix, The Dark Mc, Jaz Dhami, Hunterz, H.Dhami, Banger, Foji, Kraytwinz,  Jay Sean, Jay Kadn and Many more.

Asian Star Radio 101.6fm now reaches a potential audience of 75,000 local people per week. It’s become the FM station for Slough Windsor, Maidenhead & Heathrow and on DAB Birmingham. So next time you’re Stuck in traffic, Bored at Work, Tired of Homework and need some excitement for 3 hours, simply tune in Saturday 7-10pm for some crazylicious fun, hottest tunes, best of Bhangra, celeb/artist interviews, and some extra VA VA VOOOOM to ease you into the evening.

The Full list of Recipients announced for the 2019 Community Radio Awards > https://communityradioawards.org.uk/recipients-announced-for-the-2019-community-radio-awards/