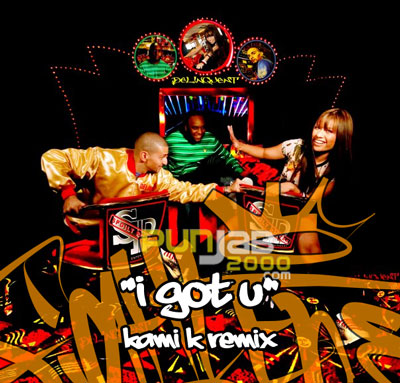 DELINQUENT FEAT KCAT – I GOT U (KAMI K REMIX)

The rumours are indeed true! Delinquent featuring Kcat (pronounced Cat) are back with the massive follow up to their debut chart topping single "My Destiny".

Fresh from their amazing summer, resulting in a signature to U.S independent label Next Plateau, Delinquent launch another hugely anthemic track – "I Got U".

It’s already causing a stir in the mainstream and is reigning supreme at number one in the BBC 1xtra Garage Chart. The widely spoken about music video is already doing the rounds on 10 music channels including "The Box".

Check out Delinquent’s you tube channel for amazing footage in Delinquent’s studio plus the actual video itself. With a large following across ethnic borders, Delinquent felt a Desi mix was required in order to suit the needs of their Asian audience.

The best procedure was to fuse influences of Desi music into Bassline. What better way to do this by enlisting the services of top Asian producer Kami K.

The remix showcases two talented production teams from different genres at their creative best.  The use of hard hitting percussion and the evident mandolin enhances the flavor of East meets West. The result as they say, is history in the making!

Kami K is a sought after producer and household name in the Asian music scene, having produced and found success in the Streets of Bollywood series. With an increasing amount of genres being heavily influenced by Asian percussion and stringed instruments, it was only a matter of time before Kami K brought a hint of Bombay to Bassline!

Check Out The Sample Track