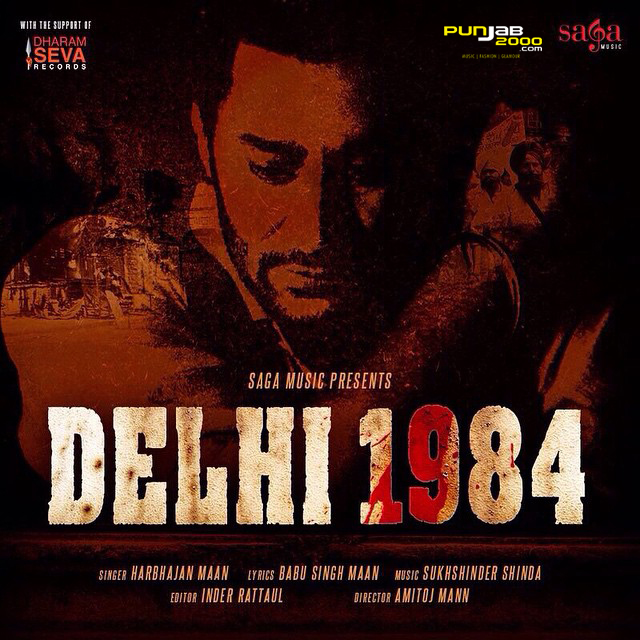 Operation blue star,India, the world’s largest democracy, Still in justice for the Sikh Genocide in 1984. This song is dedicated to the victims of the 1984 Genocide, there families are still seeking for the justice.

This week, light a candle in your window and whisper a silent prayer in memory of more than 5,000 Sikh men, women and children slaughtered by political hoodlums 30 years ago. In Delhi alone, 2,733 Sikhs were burned alive, butchered or beaten to crucial death.

Women were raped while their terrified families pleaded for mercy. For three days and nights the killing and pillaging continued without the police.

Now here we present in a tremendous voice of Harbhajan Mann, a new track “Delhi 1984” showing the arrogance of injustice with the Sikh people in 1984.