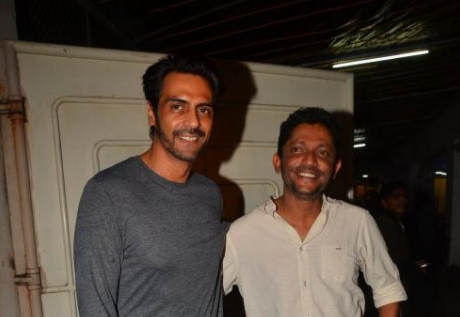 Bollywood actor Arjun Rampal, who will next be seen in the upcoming film Rock On 2, has showered praise on Irrfan Khan-starrer-upcoming flick Madaari.

Arjun, who was recently spotted at the screening of the film in Mumbai, took to his Twitter handle to applaud the movie and said that the Nishikant Kamat’s directorial is a must watch.

“Team #Madaari, Team #Daddy post the 1st screening of Must watch film #Madaari @irrfan_k is terrific, Nishi u nailed it,” he tweeted. 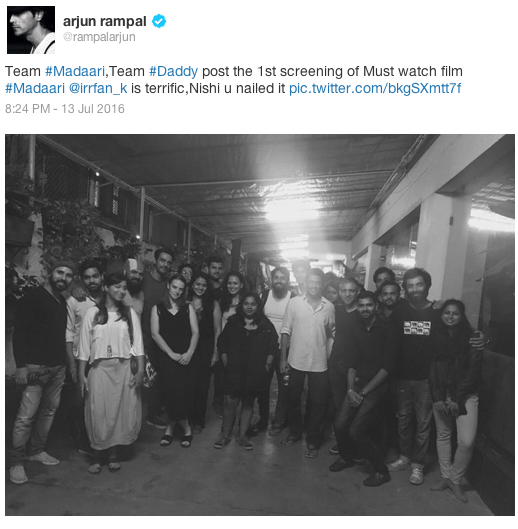 The film is scheduled for release in cinemas on 22 July. In the movie, a man (Irrfan Khan) seeks answers and accountability after losing everything in a disaster.

Watch the Official Trailer for Madaari: