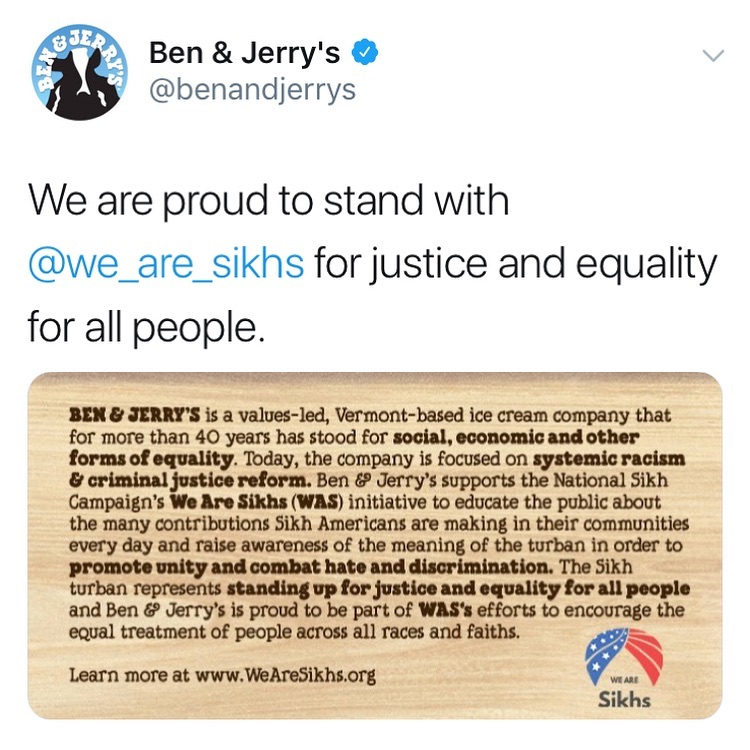 @benandjerrys announced on twitter that the brand is supporting @wearesikhs & @sikhcampaign and their mission to promote equality and tolerance for all. 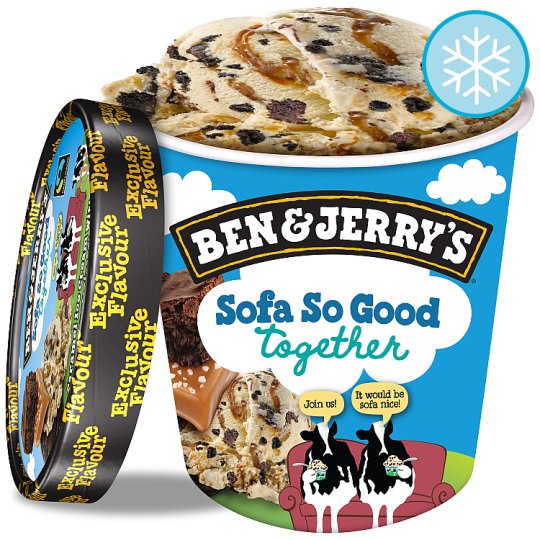 Central to the Mission of Ben & Jerry’s is the belief that their 3 parts Product Mission/ Economic Mission /Social Mission  must thrive equally in a manner that commands deep respect for individuals in & outside the Company & supports the communities of which they are a part.

The word “Sikh” means “Seeker of Truth.” Sikhism originated in Northern India and is the world’s fifth-largest organized religion. There are more than 25 million Sikhs throughout the world and over half a million in the United States. Sikhism was founded 500 years ago when a man named Nanak walked the South Asian subcontinent teaching that all paths lead to one God, all people are equal, and each of us can experience freedom through loving and serving others.

Sikhism stands for the equality of women and men and denounces any discrimination pertaining to gender, race, caste, creed, religion, or color. Many Sikhs can be identified by five articles of faith—most noticeably the turban—which express their commitment to upholding Sikh values. In the United States, 99% of the individuals you see wearing the turban are Sikhs.