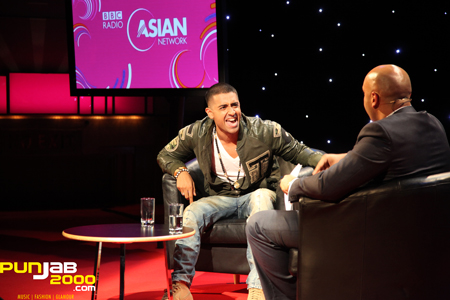 From his early years in the music industry with Rishi Rich and Juggy D to worldwide RnB fame and topping the American charts, watch Jay Sean on BBC Red Button as he takes Tommy Sandhu through his story so far.

Recorded at a BBC Asian Network 'In Conversation' event at the BBC Radio Theatre, Jay Sean reveals how he keeps grounded despite re-locating to LA and mixing with some of the biggest stars in music and film and talks about the inspiration behind his singing.

The programme includes archive footage shot over the past nine years for the BBC, including 1Xtra Live, Desi DNA and the BBC Asian Network, which charts Jay's story leading to his ‘home coming’ at London Mela 2011.

BBC Asian Network has filmed exclusive performances of Hit The Lights, Do You Remember, 2012 (It Ain't The End) and includes a performance of Dance With You, the track that launched his career, as he re-unites on stage with Rishi Rich and Juggy D.

Jay Sean talks about his latest project The Mistress which takes him back to his RnB roots in response to his fans and exclusively reveals plans about working on a new album with Bollywood actress Priyanka Chopra.

Championed by the BBC Asian Network back in 2002, British singer-songwriter Jay Sean made his debut onto the scene as a member of The Rishi Rich Project, scoring a top 10 in the UK with the single Dance with You. The West Londoner then went on to releasing solo material including Eyes on You and Stolen.

In 2006, Jay went on to release the hit track Ride It independently, which got him to number 11 in the UK charts. The success of the single led to Jay being signed to Cash Money Records in 2008 and he was named in Billboard's Hot 100 Artists of 2009 where he knocked The Black Eyed Peas off the number one spot.

Down topped the Billboard Hot 100, making him the first solo artist of South Asian origin and first UK urban act to top the Hot 100. It was the seventh-best selling song of 2009, having sold more than three million copies in the United States that year, eventually reaching four million sales in the United States and six million sales worldwide, making him the most successful British/European male urban artist in US chart history

Jay's charted on The Official Asian Download Chart on BBC Asian Network with his singles 2012 (It Ain't The End) and Hit The Lights. At this year's UK Asian Music Awards he walked away with the award for Best Video and Best Male Act. He's currently working on his new album Freeze Time.

Mark Strippel, Head of Music & Events sadi: “I think it's important that BBC Asian Network celebrates the career of an outstanding British-Asian musical icon in real depth and quality. This special  programme charts Jay's career from his first-ever interview on the station to exclusive footage from his recent London Mela performance." 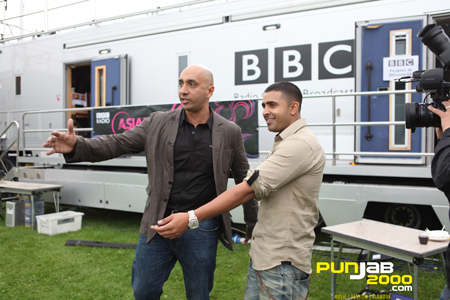 See photos from the In Conversation and at London Mela on the BBC Asian Network Website.