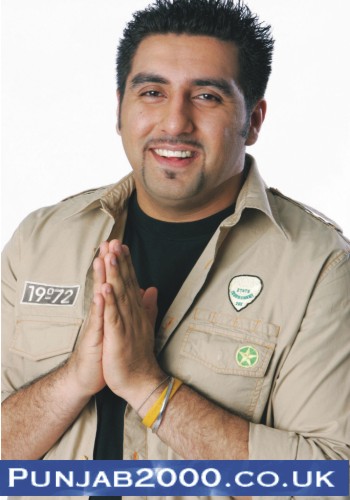 Bass In Your Face!!

It’s like no other feeling to know what you are doing on stage, with your instrument, is making thousands dance.  Many might call me a sell out for becoming a DJ and a PA act, but I did 7 years of 100% live before exploring other areas.  However, the respect I get from people after a live gig is amazing and the one thing people say to me is that it was so refreshing to hear live band because all singers seem to do these days is mime.

The public want to hear live music, the musicians want to see live bands, but I don’t think there will be an orthodox live Bhangra band for a long time.  As a live musician myself it hurts me to say it, but until the industry and peoples mentality change, then every Tom Dick and Harpal will be jumping on stage to mime over their out of key, auto tuned tracks.

I think the fundamental problem was back in the mid nineties when certain live bands suffered a lack of professionalism on stage.  Musicians have to take a long hard look at themselves before pointing the finger at anyone else.  From memory, Bhuchungy Group was one of the first bands to always wear uniforms on stage.  It was a must, Tarlochan Bilga wouldn’t let you on stage if you didn’t have yours with you.  Alaap’s 10 piece band was the same.  Every single musician was immaculately dressed creating an aura on stage.

But as the 90’s hit, certain bands started to dress how they felt, drink heavily before even playing and have a certain attitude which just stunk of arrogance.  They felt they were untouchable and here forever.  However, the public and promoters had enough of their antics and stopped booking these bands which opened the door for more DJ’s and PA acts because they were cheaper and easier to handle.

Another factor is that everyone wants to be famous, a star and be one quick.  The quickest way of becoming one in this industry is one of three ways.  A DJ, a producer or a Dhol player! No one wants to learn how to play instruments anymore and with technology advancing at such a rapid rate you can lay down everything from drum beats and guitar riffs from the comfort of your bedroom.

There is a serious epidemic of Dholi’s, DJ’s and producers and the sad fact is that only a handful are actually talented.

A lack of quality singers (and I stress quality) is a problem in the UK.  We have a more talentless singers than talented one’s making a name.

Another factor is that the public now seem to be satisfied with a guy miming on stage.  Forget the fact he’s singing off key, out of beat and forgot his lines, the audience appear to be happy with that.  If they aren’t, well they’re not being vocal enough to promoters and saying we want see DCS, Jazzy B, Malkit Singh, Apna Sangeet, Sukshinder Shinda and we want to see them live.

The musicians and fans who made that noise here at the Asian Network, were treated to some great live performances last year which showed the listeners that bands like Alaap, Achanak and DCS were still main event players.

For most, if you can lay your vocals down in a studio that makes you a singer.  Hell does it!!  A singer is someone who can sing at the drop of a hat or with a live band.  With so many PA and promoters booking the cheaper option, bands have become foreign to the Y2K Bhangra fan which means that no one is getting inspired.

What does the future hold now for live music?  Well the demand is still there that’s for sure.  But until people’s mentalities change, it’s not going to happen.Budding musicians need to realize that there is more to life then just picking up a dhol to become a musician.  Pick up a bass guitar or drums sticks and give it a go.  Granted, it’s harder, but the rewards would be so much better.

The singers who mime, well I’d urge you to practice harder to at least sing to a backing track if not with a band, you know who you guys are.  I’m a fan of Bhangra music, before even being part of the industry, and as a fan I want to shout it loud and proud that I want to see and hear live music rather than PA’s!!

I’m gonna put my Simon Cowell’s hat on and say that if anyone reading this believes they have the X Factor, go pick up an instrument!

Learn and see how much satisfaction you’ll get when what you do on stage, is making the crowd in front you rock!