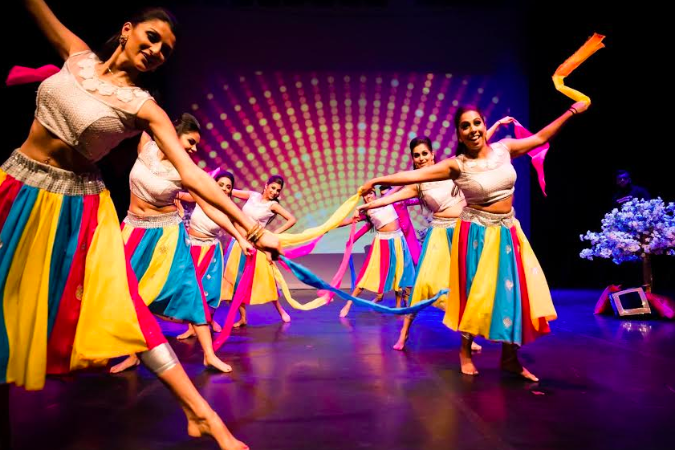 Back by popular demand, following its sell-out UK tour earlier this year, Bollywood-inspired, British Asian stage spectacle, Mrs Kapoor’s Daughter’s Wedding, is back for extended dates as part of its second tour of 2019, once again entertaining audiences young and old with an intimate invite into a typical Asian household as it prepares for a wedding in the family, with all the Bollywood trimmings.

Uniting onstage YouTube sensation Parle Patel; West End singer Shahid Abbas Khan; and singer Drupti Vaja, Mrs Kapoor’s Daughter’s Wedding is a laugh out loud, comedy-dance production for a family audience that follows the life of Mrs Kapoor, played by Parle Patel, who is mother to five daughters, one of whom is getting married.

Audiences are taken on a kaleidoscopic journey in true Bollywood style, with hearty measures of romance, drama, comedy and action, through the highs and lows of a typical Asian wedding, from the first family arguments to the emotional witnessing of the couple’s first dance. Mrs Kapoor’s Daughter’s Wedding presents the rollercoaster melodrama of the big, fat Indian wedding, meticulously transferred from home to stage.

The production is packed with cultural reference points and nuances, bursting with colour, energy and live comedy sketches that will resonate with audiences of all ages. Bollywood dancing that showcases the craft of AK Bollywood dancers is harmonised with live singing, a fashion show and Rhythm ‘n’ Bass dhol players to create a stage extravaganza unique to the UK stage.

“Excellent show, from start to finish, laughter, music, fun and engaging. Truly an exceptional show catered for all the family – young, mid and the young matures.  Well done to the cast and crew” – Rav Patel

“Mrs Kapoor’s Daughter’s Wedding, OMG was in stitches from start to finish! My cheeks were hurting, a brilliant show” – Reshmi Khetni

“A truly outstanding show! Very relatable, humorous and family orientated. It is very well written, directed and choreographed. The acting and singing were phenomenal and, from start to finish, they had the audience singing, dancing and laughing. It’s a must-watch! Congratulations on an exceptional show! A big hand to all the actors, singers and backstage members for all the fantastic hard work” – Priyanka Modha