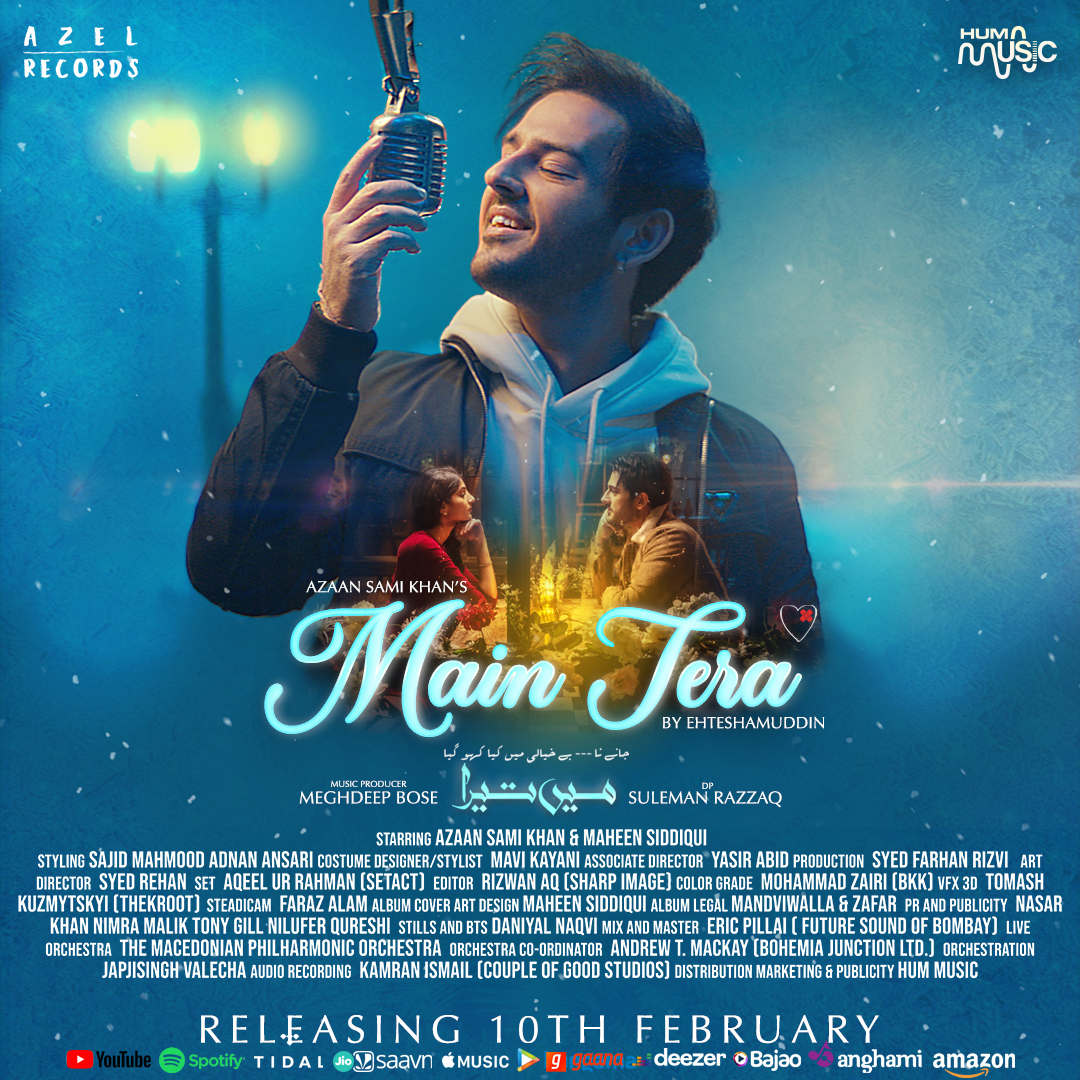 Just in time for Valentine’s Day, Azaan Sami Khan has released a teaser video and poster for the title track of his upcoming new album, Main Tera. All set to drop on 10th February 2021, the single comes with nostalgic romantic vibes, as depicted by the brief snippet.

The teaser features Azaan Sami Khan vocalising the key segment from the chorus, while the visuals show a fresh face as his potential love interest. Without revealing much, the teaser hints at the budding romance between the couple.

Before the teaser release, Azaan Sami Khan announced his debut album by sharing a cover and the tracklist on his Instagram. The album is a personal venture for the composer who has previously worked on producing music for Pakistan’s top-grossing films of recent times.

Watch the teaser on Azaan Sami Khan’s Instagram, and keep an eye out for more updates.

9 months ago in 2021, Bollywood Artists, Musicians