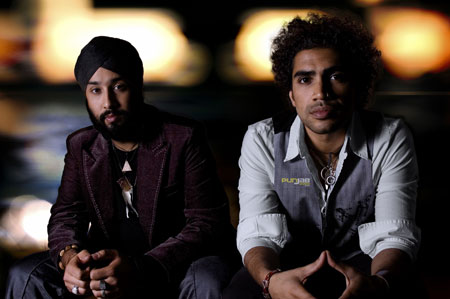 Award winning Canadia duo JoSH are back with a bang

The album has broken all existing records for physical CD release in Pakistan, the first country that it was released in. In a never before seen deal, JoSH tied up with global brand McDonalds to deliver a finished packaged, physical CD to buyers. The demand saw over 16,000 copies of the album given away in the first 6 days alone, another 30,000 copied of the album have been re-ordered to satisfy demand.

The single from the album ‘Pyar Ho Gaya’, is nearing the 50,000 view mark on official YouTube channel.

Toronto based, via Pakistan and India, the duo, Rupinder Magon (p/k/a/ Rup)and Qurram Hussain (p/k/a/ Q) have delivered a sound that is unique, addictive and universal. They have sold over 2 million records worldwide allowing them to play sold out arenas.

The new album ‘Beyond Kismat’ has been 5 years in the making, has had fans eagerly perched on the edge of their seats and it doesn’t disappoint.  It is set to fast become one of the most incendiary albums of 2011 delivering a feast of Punjabi tarka, soulful melodies complete with an underpinning of rock.

JoSH have been touring extensively and regularly around the world since the release of their massive 4th studio album that was entitled ‘Mausam’ featuring hits ‘Mausam’,  ‘Mahi Ve’ and Ajnabi which didn’t leave them with much time to write, record and put together a body of work. “By the time we were done writing, we had 25 songs and we ended up choosing eight songs from that which we put on the album,” explains Q.

The album is made up of facets of JoSH’s creativity and showcases both Rup and Q’s influences. There is a selection of Punjabi-centric tracks including the reggae tinged party track ‘O Kurieh’, an excellent remake of the 80’s superhit by Johnny Zee ‘Hun Ta Main Nachna’ and also the lead single ‘Pyar Ho Gaya’. 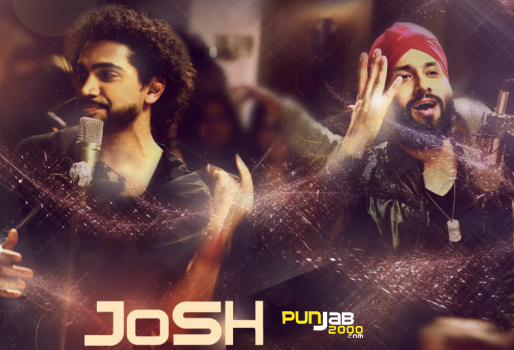 ‘Achi Ajeeb Ho Tum’ is a funked up rock meets electronic track that celebrates the romantics that go against the grain. ‘Zara Zara’ fuses traditional harmonium and dhol with a toe tapping drum beat and electric guitar, laden with a cheeky, sexy, romantic vocal – definitely not heard before. ‘Meri Rahon Mein’ is again electronic led and again fuses this with Indian bansuri and tabla beats.

There is a percussion and electronic heavy, epic that is ‘Meri Dua’ and it’s lighter sister track ‘Meri (Dusri) Dua’.  JoSH present to a new generation of listeners a beautiful classic, (their guitar led version of) the R.D. Burman original ‘Yeh Zameen’.

Finally, the lead single, ‘Pyar Ho Gaya’ features a captivating melody and the JoSH vibe but with a modern edge. The video for the track was shot in Mumbai (Sunil Bhardwaj) and sees JoSH performing in the studio, which turns into an impromptu nightclub party.
JoSH will be performing at the IIFA award events in Canada and launching ‘Beyond Kismat’ in India in the coming weeks.