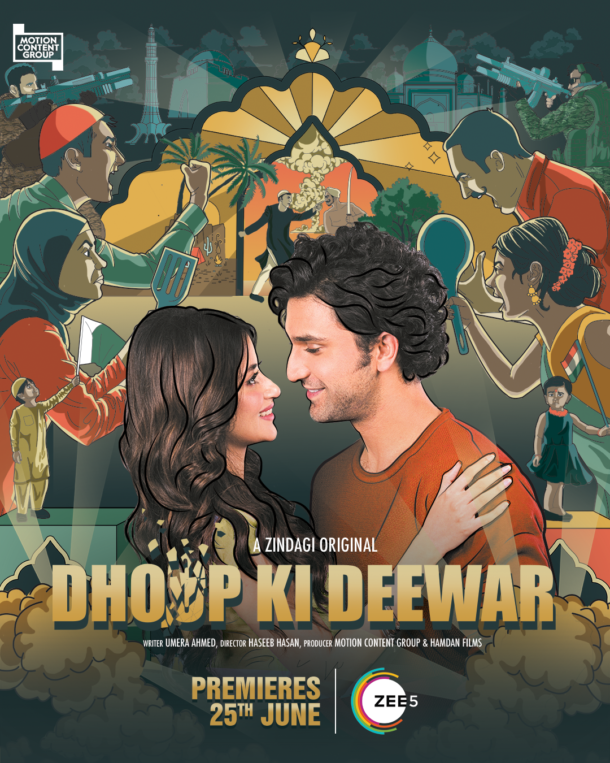 Finale to be showcased on Independence Day Weekend

The countdown to the launch of Zindagi‘s third original web series Dhoop Ki Deewar has begun with the anticipation for the show reaching a new crescendo. While all eyes are set on the launch on 25th June, ZEE5 Global has announced an episode schedule that promises to excite viewers and keep them coming back for more with two episodes being dropped every Friday starting 25 June at 12 noon IST.

Dhoop Ki Deewar revolves around the void that war leaves behind for the martyrs’ families on both sides of the border and has been much anticipated since the launch of its first teaser!

On the special occasion of the 75th Independence Day for both India and Pakistan, ZEE5 will air the finale episodes – a historic milestone for people on both sides of the border and South-Asian diaspora globally. A special gesture of peace, solidarity, and ‘heart over hate’ on a very special day for both countries.

Archana Anand, Chief Business Officer, ZEE5 Global, said “We’re always looking for stories with powerful narratives that will resonate with our audiences in global markets. Dhoop Ki Deewar is a powerful Zindagi Original that will touch a chord with not just South Asian but global audiences everywhere with its deep and meaningful storytelling and powerful messaging. We hope that Dhoop Ki Deewar will find much love from audiences out there who have so eagerly been awaiting its release.”

Speaking of this initiative Shailja Kejriwal, Chief Creative Officer, Special Projects, Zee Entertainment Enterprises Ltd. said, “This show is a sincere effort to demonstrate the collateral damage caused by war and a call to viewers from both sides of the border and across the world to introspect the need for peace. We hope the viewers will connect to the show and would love to hear their response as we release fresh episodes week on week.”

Dhoop Ki Deewar is set to premiere on 25th June.