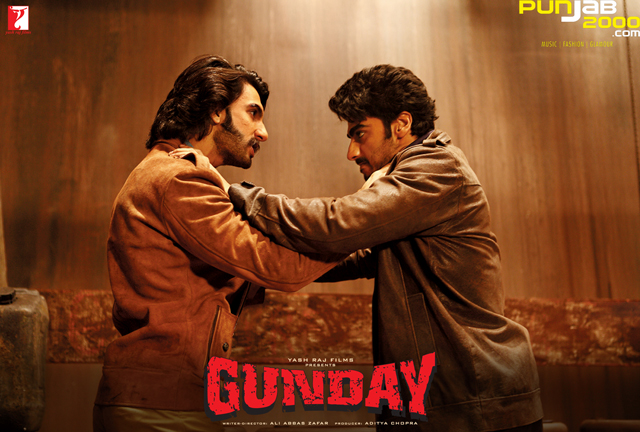 So after being told I have 1 day (In fact less than 24 hours) to get my questions ready for the BIGGEST interview of my career so far by the powers that be, with  Ranveer Singh and Arjun Kapoor (no pressure hey)…

So the interview was about to start  & both Ranveer & Arjun sang the song ‘Aayi re, Aayi re Khushi’ to me out of the blue.  Awkward or what, but being the professional I am, I started the interview of  blushing…

Bollywood hunks Ranveer Singh and Arjun Kapoor are all set for the release of their high action drama film ‘Gunday’, which releases on Valentine’s Day (February 14). The film also stars the gorgeous, Priyanka Chopra as the lead actress. This is one film you don’t want to miss.

Check out what the leading lads, Arjun Kapoor and Ranveer Singh had to say to Khushi Qazi from Punjab2000.com about the film.

Q – How did you both end up with the film ‘Gunday’?

Arjun Kapoor : We didn’t end up with it. Hahaha. We started with it actually.

Ranveer Singh : We got a call from Mr. Aditya Chopra to come and meet him. So we dropped everything we were doing and came to the office where he was sitting with Mr. Ali Abbas Zafar. I came and Arjun did too. He told us that he had a script and he wanted us both to hear it together and take a call whether we want to do the film or not. We heard the narration which was so good that I said yes on the spot.

AK : Yeah, We said yes on the spot. We said that “Picture kab shuru karni hai?” without batting our eyelids.

Q – What are the roles that you both are playing in the movie?

RS : We are basically playing bad guys with good hearts. We basically compliment each other. We are forces of nature when we’re together. We’re friends but more than friends. We’re like brother in the film. ‘Bikram’ and ‘Bala’ would give their lives for each other. ‘Bala’ is the younger one. He is slightly immature. He is like a loose canon, a bit of a light head and slightly immature and ‘Bikram’ is Bala’s equilibrium. He is a bit more calculative. Together they expand their business and become the ‘Dons’ of Kolkatta. They are most powerful, most fearful and most reckless men of Kolkatta. And at the age of twenty five to twenty six, they’ve got it all. They’ve got immense amount of wealth and power.

AK : And then enters in their life, a beautiful girl named ‘Nandita’. That’s when their life takes a turn for the dramatic. That’s basically what our characters are about. 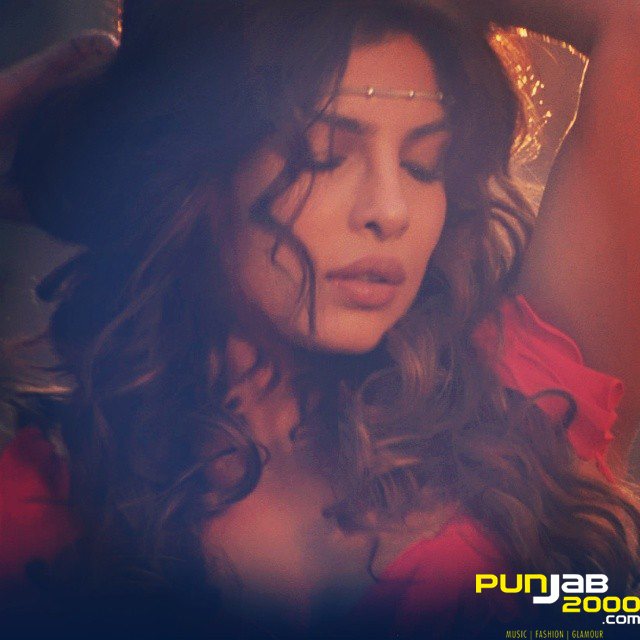 Q – After watching the songs and trailer of the film, everybody is calling you both the new ‘Jai’ and ‘Veeru’ of the industry. How does that feel? Do you both feel that it is a good comparison?

RS : I think it’s an unfair comparison. ‘Sholay’ has been the best movie of all times. It’s a classic. It’s a cult film that defines Hindi cinema. Amit ji and Dharmendra ji are super stars of their generation. But yeah, as characters, I think ‘Sholay’ was the last quintessential film about brotherhood. If you look at it, it was the last emotional dramatic film on brotherhood. So the comparison to ‘Sholay’ is slightly unfair.

AK : I think the comparison is unfair too because it is happening only because a film like that has been made after so long which is based on brotherhood and friendship like that.

Q –  How was the experience working with Ali Abbas Zafar? Was he strict as a director?

AK : No, He is not very strict as a director. He is a very clear director. He knows exactly what he wants. His ambition was to mount an old-school Hindi commercial film like a summer blockbuster with the right ingredients and a lot of emotion put in. He’s deviated from his genre. The first film which he did was a romantic comedy and now he’s gotten into an intense action and drama. He has done a really good work because his conviction in this film was really unbreakable. He is a very talented guy and a really great director.

Q – More than Priyanka Chopra, everybody’s been talking about the friendship and chemistry between you both. What would you both say about that?

AK : We should not get overboard with bromance part of our equation. In our country we might get arrested for showing such affection (laughs!) hum ek dusre ko tabse jaante they jab humein koi nahi jaanta tha. We were irrelevant to the media then. We talk about cars, football and clothes. But generally we talk films because we both are inherently film lovers. In fact, the craft of acting is the biggest bonding factor for us.

RS : Whenever we met socially, before we became actors, we kind of bonded. Whenever I danced at parties, Arjun would join me with equal intensity and dance alongside. I always thought ki yeh (Arjun) mere gali ka hain. We always talked about movies and film-making. We have so much common ground that we never run out of things to talk about. He (Arjun) is more reserved. I am comparatively more free-spirited. 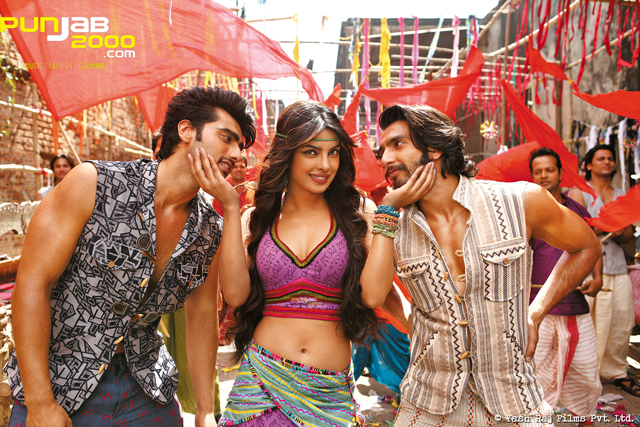 Q – There are so many new talents coming into Bollywood now. Do you guys feel competitive at this point?

RS : All I can do is to work harder-that’s in my hand and I can choose films I get instinctively attracted to with the best film makers. I don’t see this as competition. I work for myself.

AK : I think it’s too early to get insecure or competitive. I’ve just started. I think, in 10 years we’ll probably see who stands where. So right now there is no feeling of competition.

Q – You both have also done some awesome kick ass action sequence. How was the experience?

RS : It was mindblowing. Since childhood, more so, when I dreamt of becoming an actor, I was inclined towards stunts. Now in Gunday there was a team of 200 people ready to help me do those stunts. I remember Arjun and I were shooting the train sequence in end of May when the temperature was almost 50 degrees. We shot for eight days, running on top of the moving train, yet thoroughly enjoying ourselves. There were all safety measures taken so that we don’t get hurt. So, we could just have fun.

Q – And finally, tell us what you’re doing next?

RS : Working with Govinda is a dream come true. He’s been my idol and sometimes it’s so surreal that I think I’m in a dream when I share the set with him. I will definitely be dancing with him in the film and I’m really excited about that. I’m also doing Zoya’s next with Priyanka Chopra.

AK : You are going to see me in ‘2 States’ which is based on a novel by Chetan Bhagat and in ‘Finding Fanny Fernandes’ and also in ‘Tevar’ . 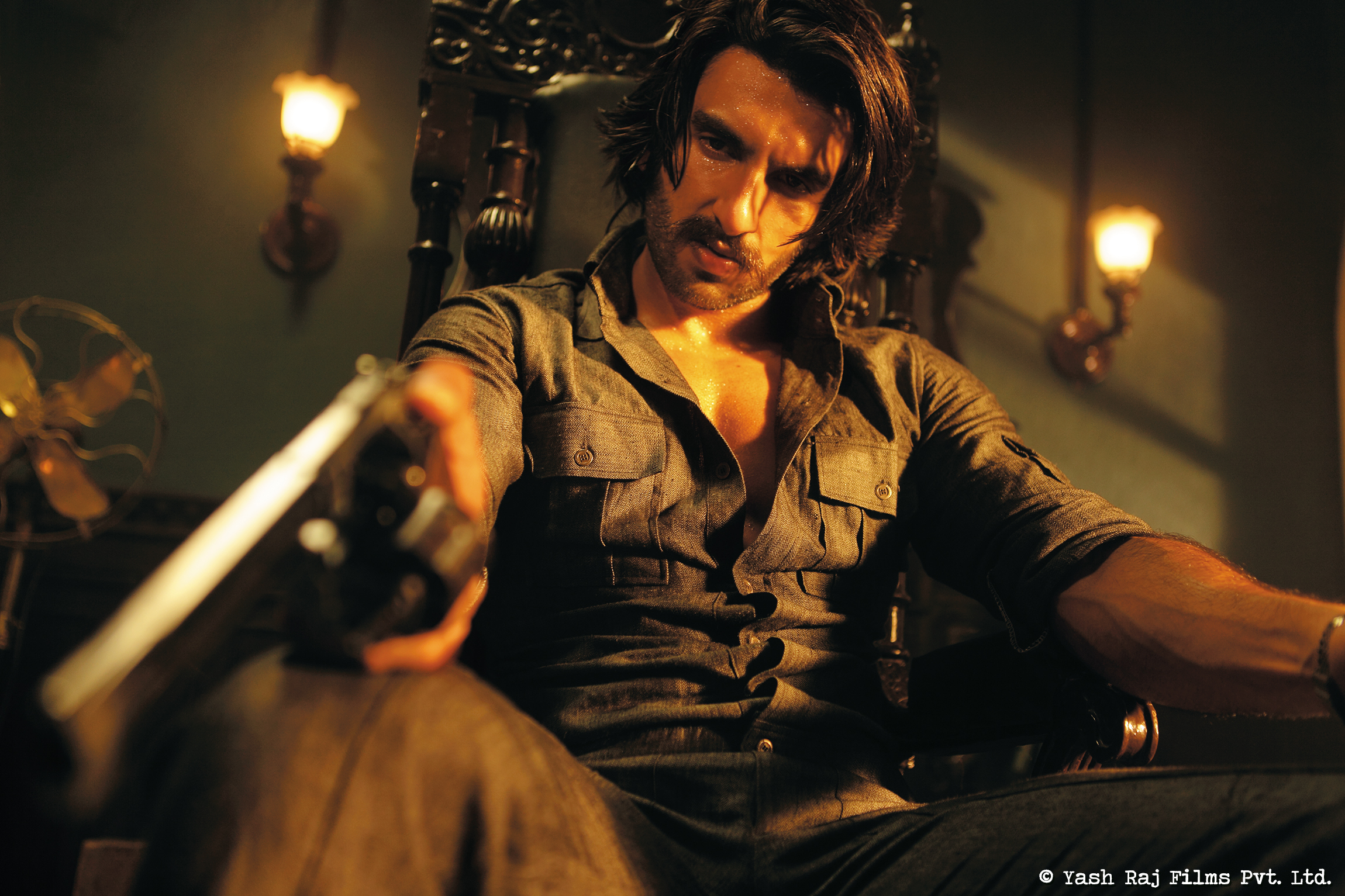 All the very best to both of you for your future and ‘Gunday’. Thank you so much for the interview.

RS : Thank you so much Khushi.

AK : Yeah, thanks a lot Khushi.

Gunday is directed by Ali Abbas Zafar and is produced by Yash Raj Films.