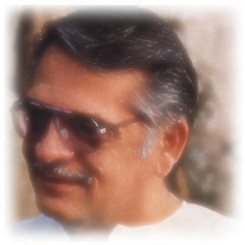 Born in Deena(Now in Pakistan) on 18th August, 1934. After partition he came to Delhi. Gulzar – aka Sampooran Singh began his film career as an assistant to Bimal Roy. He also worked with Hrishikesh Mukherjee in the beginning of his career. He started writing songs for films with Bimal da's Bandini. Mora Gora Ang Layee Le is supposed to be his first song. Although His first film to be released was Kabuli Wala, which also had some all time greats like Ganga aaye kahan se. Bandini and Kabuliwala were followed by Sannata, Biwi aur Makan, Do Dooni Chaar and most notable of all Khamoshi and various others during 60's.

After getting recognition as a sensitive lyricist, he started writing scripts and stories for films. Then with Mere Apne in 1971, He turned Director. Since then he has given us lots of beautiful, serious and funny moments through his movies. He has written stories for around 60 films and directed 17 movies, each one a masterpiece.

During 1987-1996 he went away from the seen as he did only 7 films as lyricist and 2 as director in the span of 10 years. During this period he did one of the most outstanding jobs for the small screen, the serial called Mirza Ghalib, a tribute to the legendary poet. Mirza Ghalib will remain one of the most memorable TV productions for its music, direction, dialouges and portrayel of MG by Naseeruddin Shah. 1996 saw Gulzar back in action, behind the camera for the making of Maachis, a candor document on terrorism in Punjab. The success of Maachis, got Gulzar back to the film industry. After Maachis, he teamed up with new breed of music directors like AR Rahman, Anu Malik, Jatin Lalit, Shankar-Ehsaan-Loy. The magic of Dil Se's music won him yet another Filmfare award. His recent venture HU TU TU received critical acclaim. His next directional venture would be a Bangla film. Gulzar is back with his pen, in 2006 he has received best lyricist award at almost every major award function. and now writing lyrics for Omkara, Baat Pakki, Blue Umbrella, Guru, Jhoom Barabar Jhoom and Jaaneman with a couple of untitled films. He has recently did a tele serial on Munshi Premchand's works titled Tehrir… Munshi Premchand ki, which was on air recently..

Rajkamal Prakashan is presently compiling the script of gulzar saab's films in the form of a book. The series is titled "Manjarnaama" Till daate five manjarnaamas are out including Libaas, Hututu, Aandhi, Khushbu and Meera. A few more manjarnaamas would be available in coming time.

Last few years are the years of experimentation, where many young artists from different faculties worked with Gulzar and provided new expressions to his work. Some of the notable experiments include Kharaashein – a play by Salim Arif on Gulzar's short stories, Udaas Paani – an experimental music album by Abhishek Ray and, Gulzar's Poetry on Canvas by a young Painter Ajay Kumar Samir. Kharaashein has now been published in the form of a book on Radhakrishna Prakashan. Meghna Gulzar has recently come up with a biographical sketch of Gulzar saab in the form of a book titled "Because He Is…". Recently he penned the theme song "Lau se lau jalti rahe" for Olympic Torch Relay event at New Delhi and "Chal dilli chalein chalna hai" for Commonwealth Games to be held in New Delhi in 2010.

Gulzar has won 5 National Awards and 18 Filmfare Trophies. For details check Katra-Katra Section on this site. He has been awarded the SAHITYA AKADEMY AWARD in 2003 for his collection of short stories "Dhuaan". FILMFARE has honoured him with a LifeTime Achievement Award for his contribution to Hindi Cinema in 2002.

Government of India has conferred Gulzar saab with the National Honour of PADMABHUSHAN.