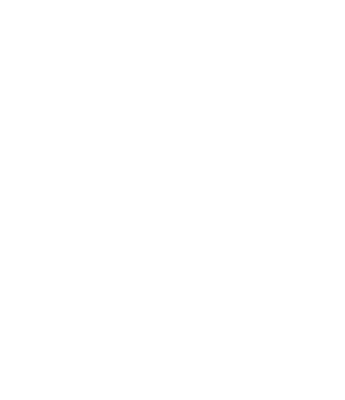 If Panjabi MC's chart-topping hit "Beware of the Boys" is any indicator, the fluid vocals and mesmerizing dhol beats of Bhangra – the modern incarnation of Punjabi folk music – are going to be the saving grace of American urban radio. And if that's the case, you can guarantee that Bikram Singh will be at the forefront of that salvation.

Already riding high on the wave generated by "Do the Thang Thang," his collboration with Global Soul recording artist Shakti that has been in consistent rotation on Hot 97 and 105.7, Bikram is a young artist standing in the wings of guaranteed stardom.
With a voice that shakes souls, a pen that stirs hearts and the perfect blend of Punjabi tradition and New York attitude, Bikram Singh re-defines what the world has come to know as Bhangra. In just 2 short years, Bikram has gone from showing a spark at an NYU open mic night, to absolutely igniting the Boston Summerjam 2003 stage with Panjabi MC, delivering "Beware of the Boys" to an audience of 20,000 alongside such household names as LL Cool J, Nas, and 'Lil Kim.
Born in Punjab, Bikram was raised on the sounds of revered Punjabi artists like Kuldip Manak and Yamla Jatt.

When his family relocated to Queens, New York in the early 1990s, Bikram became a great fan of hip-hop, dancehall, and the hybriding that was occurring between them and Indian music in New York at the time.

As a teenager, Bikram melded his love of Punjabi culture with the music that surrounded him, rapping and singing in Punjabi as his friends freestyled in English. With his classic boliyan (poetry) riding over streetwise beats, Bikram fused the ancient stories of the "pind" (village) to the modern energy of the City so convincingly, you'd never know they were separate.

This resonates in his heart:"I want to make great music, pure music," Bikram explains, "to keep the Bhangra scene that I love and cherish alive and kicking for a new generation to listen to and love. You have to keep tied to the folk elements though and I never forget the history, our history."
"Aa Gaye," Bikram's first foray into recording, was a love song in a classic Punjabi style; it was produced by DJ Navdeep in 2002 and quickly became a standard in the NYC desi scene. Along with the afore-mentioned "Do the Thang Thang," it is now being released on the soundtrack to the film "Where's the Party, Yaar?"

Meanwhile, Bikram's experiments with blending Punjabi stories and the energy of New York have become deeper and more nuanced, leading him to his first two bona fide hits, the undisputed club banger "Taakre," and the charming "Nachena," both produced by Glasgow wunderkinds Tigerstyle.

Layering Bikram's braggadocio Punjabi verse over a tough-as-nails hip hop beat and a dhol track that all but ensnares the listener, "Taakre" has become one of the most-requested songs on BBC's radio 1 network.

"Nachna," a re-working of an older Tigerstyle song, is a fast, melodic dance track that gets the girls on the floor every time; both have been featured on compilations such as Def Jam's best-selling "Desi Beats," Outcaste's "Essential Urban Flavaz," and Untouchables UK "Urbanflavaz 2." The widespread appeal of his songs, coupled with his knowledge of Punjabi history and his phenomenal voice, mean only one thing: Bikram Singh's music is the definitive soundtrack for the young, urban Indians.
So what's next for this young artist whos star seems destined to rise? After a sold-out Basement Bhangra performance in April with his newly-formed live band, his newest single, "Giddhe Vich," is currently in rotation on both the Bobby and Nihal and Adil Ray shows on BBC 1; a video is being shot for the top-secret first single from the record; and more live gigs are being booked, often alongside such Bhangra legends as Malkit Singh, AS Kang, B21.

Keep an eye out for Bikram; as his songs gain popularity in both the Punjabi and Urban markets, you won't want to miss the man who will bring Bhangra to its next level!