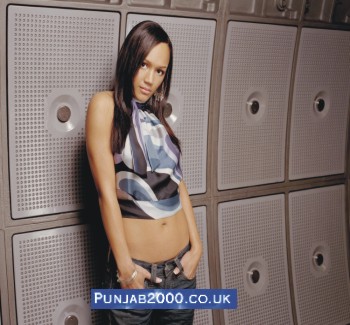 Birmingham, city of dreams. Birthplace of Goldie, Ozzy Osbourne and now Zena, a 21-year-old, luminously beautiful R&B superstar-in-waiting.  Her first single, ‘Get This Party Started’ is a floor-shaking slice of minimalist future funk, and she’s got plenty more where that came from. Expect no less than for Zena to become a key name of 2004.

And what a name. “I met an Arab man once and he told me that it meant ‘Beautiful’ in Arabic,” says Zena. “Although that might have been a chat-up line.” Such exoticism certainly spiced up New Town, where Zena grew up singing, dancing and pretending to be the girl in the video for Michael Jackson’s ‘The Way You Make Me Feel’.

Though this was strictly a bedroom affair for most of her teens, on leaving school in 1997 Zena joined a dance troupe called Multi Shades, backing artists like Beverly Knight, Busta Rhymes and Soul 4 Real. Incidentally, Zena describes her dancing as “urban, sexy, street”.

We’re not arguing. At the same time, Zena was writing songs and recording them on the same battered portable tape deck she’d had since she was 14. A cousin put her in touch with a local producer, and she started recording some demos.

On sending them to record companies in London, Zena got a proper job in a courier firm in Aston, but with an eye on her long-term goal – to be an all-singing, all-dancing, songwriting performer. “I knew deep down I didn’t want a nine to five job so one day I just woke up and told my mum “I’m moving to London.” In fact – speaking volumes about her drive – no sooner had Zena made the decision than she was on the train.

“I decided I was moving to London on the Monday, got an interview for a job as a sales executive on the Tuesday, found out I’d got the job on Wednesday and I had to start the following Monday.” As soon as she moved to the capital, staying on a friend’s floor in Finsbury Park, Zena “went crazy, buying ‘The Stage’, going to auditions and stuff.” One of her first auditions – which she thought was for a solo artist – turned out to be for Mis-Teeq.

They signed her up on the spot. “It was a struggle,” remembers Zena, “it was hard for all of us because we didn’t have any money. Then, after about nine months we got signed to Inferno Records and we put out ‘Why’. We had a garage remix done by Matt ‘Jam’ Lamont and it just went crazy on the underground.” The single eventually got to No.8 in May 2000. Zena, however, wanted out. “It wasn’t the direction that I’d originally planned for myself,” she says. “I’d gone to a solo artist audition and it turned out to be a group, the music got crossed over because the garage remix had done so well. We were having people write for us.  But the songs we were singing, I had songs as good as that at home.” Zena decided to leave Mis-Teeq. “It was a hard decision to make, but I had to follow my gut feeling.”

As Mis-Teeq went onto greater heights of success (“It wasn’t demoralizing because it was my choice”), Zena went back into the studio. After about nine months, a track, ‘Baby Be Mine’ featuring her friend’s mate Megaman caught the attention of Serious Records. They signed her in 2002, and then, “a whirlwind happened.”

Since May of last year, Zena has been going around the world to work with producers including Redzone (Mya, Blue Cantrell, TLC), Maximum Risk (currently working with Jamelia), Anthony Dent (Destiny’s Child), Loon and Danish wonderboy Saki. The result is a selection of dancefloor destroyers, sweetened with the occasional sumptuous ballad. ‘I’m Ready’ is a racy tale of a girl meeting a man and wanting to sleep with him there and then, ‘Been Around The World’ is a crossover smash in waiting and, as the call-to-party ‘Let’s Get This Party Started’ more than hints, this is not a record to chill out to.

And Zena is not the kind of person to do much chilling out. While she enjoys a night on the sofa watching ‘Sex And The City’ as much as the next girl, you’re more likely to see her on the dancefloor at The Mayfair Club or Attica, or ricochetting between Bond Street and the high street in search of great clothes (favourite labels: Versace, Miss Sixty, Fendi).

“Now,” she says, “because of the hard work I’ve put in, my head’s in the right place. I know what I want, I’m focused on the future and I know what I’m doing.”  That’s Zena – warrior, princess, superstar. 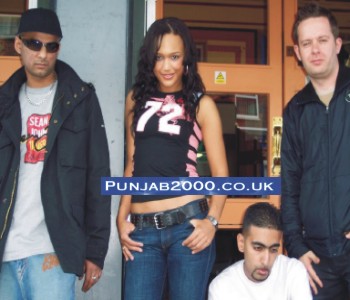