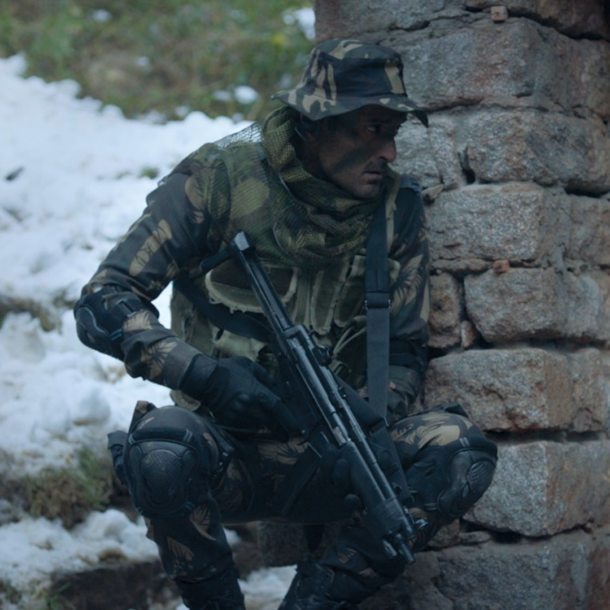 ZEE5 Global, the largest OTT platform for South Asian content, has presented Originals across languages and genres with meaningful and purposeful content. The platform has also built a strong franchise strategy with shows such as Rangbaaz, Abhay, State of Siege; each with two seasons highly appreciated by the audience and critics alike.

State of Siege: 26/11 was one of the first web series that was released after the pandemic hit the entire world, which was a tribute to our brave Indian soldiers who sacrificed their lives for the country. It also went on to become one of the most talked about shows. Earlier this year, the platform announced a film as a tribute to our soldiers, saluting the brave Indian spirit and continuing the legacy of the Siege series. The original film is titled State of Siege: Temple Attack which is inspired by true events.

The makers of the film released the teaser of the film which reminds us of the NSG heroes who fought for us. The NSG has always showcased their will and determination to save the lives of innocent people and successfully capture/kill the terrorists. This film will take you through their journey and all the behind the scenes action of a dreadful temple attack.

As seen in the teaser, we see a lot of thrill, action, drama and suspense that will keep the audiences on the edge of their seats. The teaser starts with a voice over of a terrorist who is willing to kill everyone for their mission. It shows how people were trapped by the terrorist and kept hostage while the NSG commandos took charge of the situation and saved lives.

Director Ken Ghosh said, “State of Siege: Temple Attack is not just a film, it is a tribute to the NSG commandos of India who are always ready to risk their lives to protect us. As a son of a naval officer, I have grown up in awe of our armed forces. In State of Siege: Temple Attack, we have tried our best to give a fitting tribute to our heroes and I cannot wait for the release of the film on ZEE5.”

We see Akshaye Khanna back in the uniform after many years, Vivek Dahiya back as an NSG commando after State of Siege: 26/11 and Gautam Rode.  Contiloe Pictures (Abhimanyu Singh), the dream team who created State of Siege: 26/11, is back to produce the film which will be directed by Ken Ghosh who helmed the hugely popular and successful Abhay 2 as well. Lt. Col (retd.) Sundeep Sen who was a consultant on both State of Siege projects.

State of Siege: Temple Attack is slated to premiere on 9th July on ZEE5 Global in select countries.

4 weeks ago in 2021, Latest
Akshaye KhannaState of Siege: Temple AttackZEE5 Global
Sign In