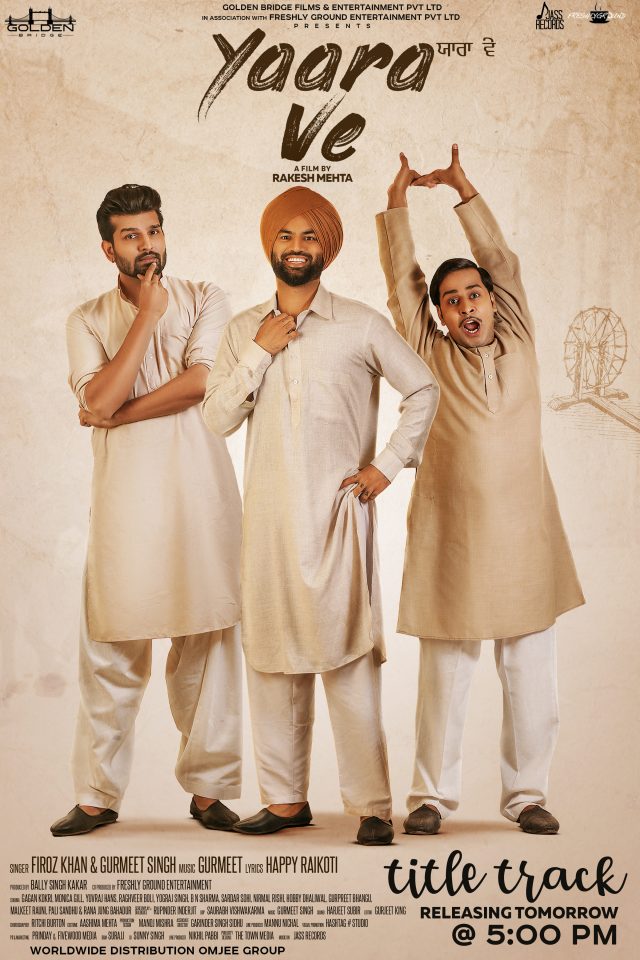 UPCOMING PUNJABI FILM ‘’YAARA VE’’ IS SET FOR WORLDWIDE RELEASE ON 5TH APRIL 2019
After raising the excitement among Punjabi movie lovers with the poster of ‘’YAARA VE’’ the makers released the trailer of the movie earlier this week, which received tremendous response worldwide both from the public and media.

Friday 14th March will see ‘’YAARA VE’’ title track releasing in UK with the film slated for worldwide release on 5th April 2019. The song lyrics have been beautifully written by Happy Raikot, music by Gurmeet Singh, vocals by Firoz Khan, song is being released under Jass Records label.
‘’ YAARA VE’’ an all-star cast headed by Gagan Kokri and Monica Gill in the lead, support by Yuvraj Hans, Raghveer Boli, B.N. Sharma and Nirmal Rishi to name a few . The Film revolves around the friendship of the 3 friends, weaving the story from the time before India-Pakistan partition in 1947. Written and directed by Rakesh Mehta, the movie is produced by Bally Singh Kakar under the banner of Golden Bridge Films & Entertainment Pvt Ltd in association with Freshly Ground Entertainment Pvt Ltd.
You can watch the trailer of ‘’ YAARA VE’’ movie below.