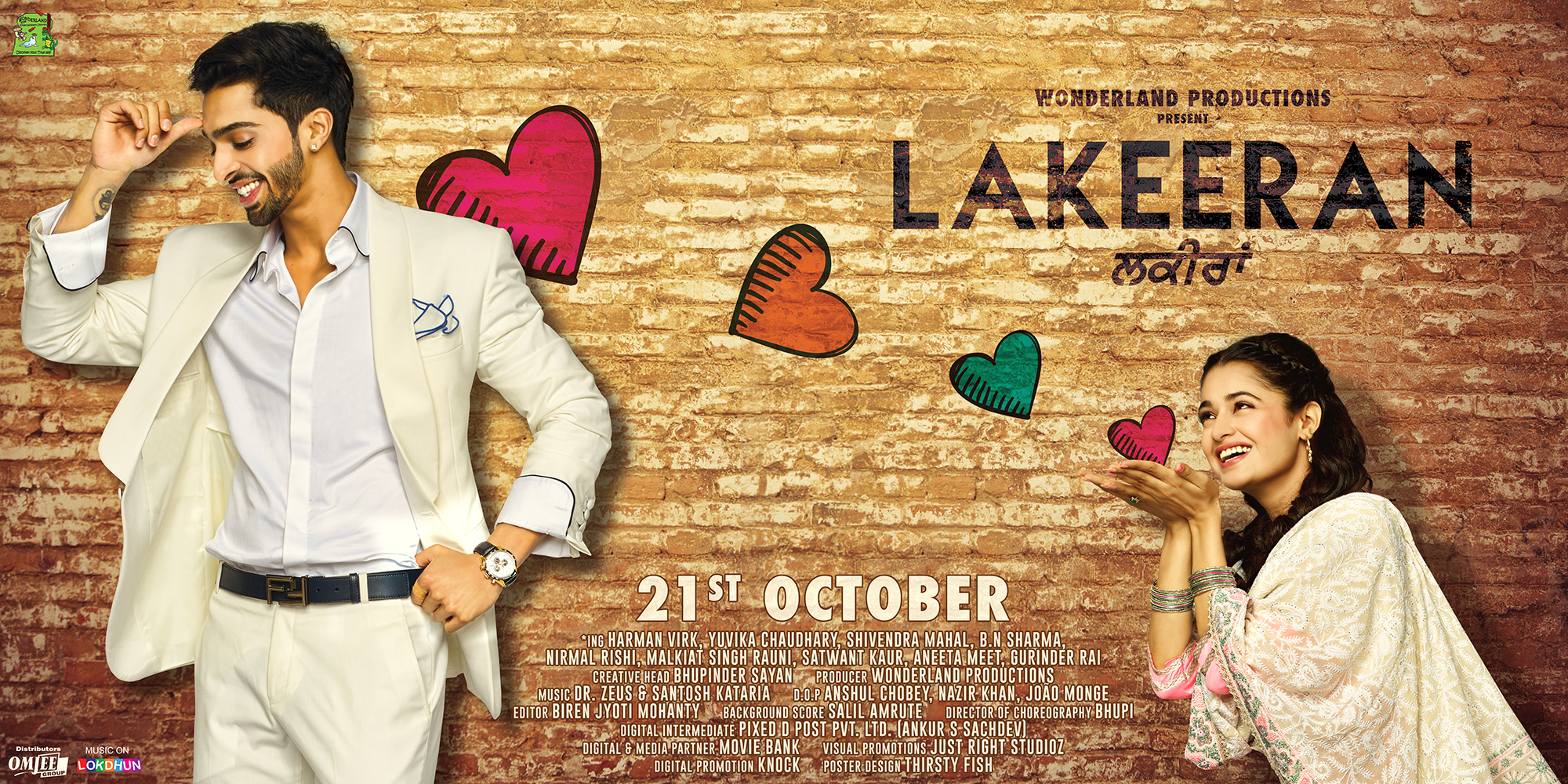 Jalandhar born, brought up in UK and international golf player, Harman Virk will debut with the film ‘Lakeeran’ alongside Yuvika Chaudhary who is already a renowned name in both Punjabi and Bollywood film industry. The film comes from the stable of famous Punjab-based entertainment park pioneers Wonderland Amusement Parks Pvt. Ltd., and also stars Gurinder Rai, Shivendra Mahal, B.N. Sharma and Nirmal Rishi in pivotal roles. The story of the film revolves around an NRI played by Harman Virk who visits Punjab and gets involved in a complicated love situation with a village girl. Events take amusing twists and turn that would have the audiences clutching their seats.

“Lakeeran is an inspiring story about destiny and the purity of love. It is my first film, so of course it is and always will be special to me. The film is a family entertainer and I would request you all to give your love and support by watching it in theatres with full family,” says the debutant Punjabi actor Harman Virk.

The songs of the film are already receiving positive feedback with ‘Nimma Nimma’ being the most romantic soundtrack while the club track ‘Okay’ has crossed over 450k views already. Star Bhangra-dance producer Dr. Zeus and Santosh Kataria have contributed to the music of the film. The songs, a mix of modern and folk tunes, are sung Zora Randhawa,Fateh, Nachhatar Gill, Jaspinder Narula and Feroz Khan. The songs are available on iTunes.

So, get set ready to check out the cute Jodi of Harman Virk and Yuvika Chaudhary in ‘Lakeeran’ at a theatre near you. ‘Lakeeran’ is produced by Wonderland Amusement Parks Pvt. Ltd. and releases in UK through Blue Sapphire Films on Friday 21st October 2016.