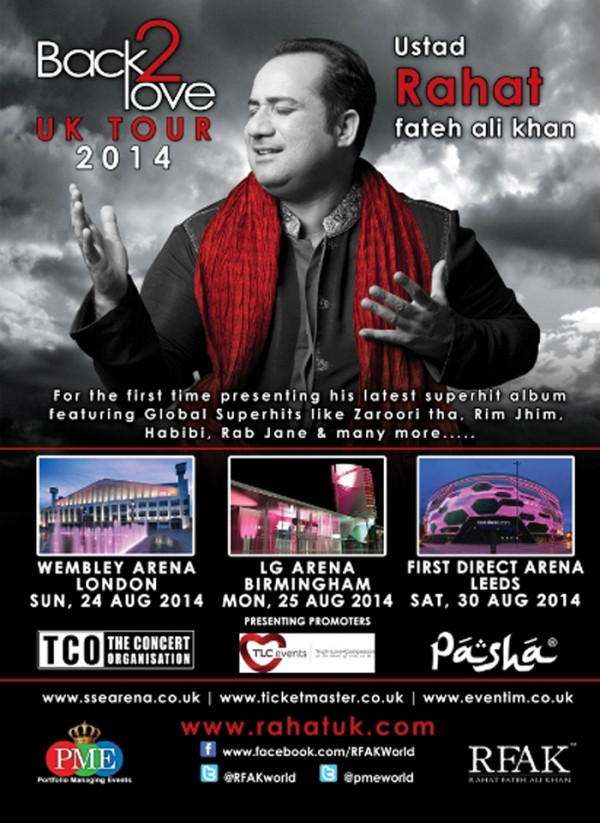 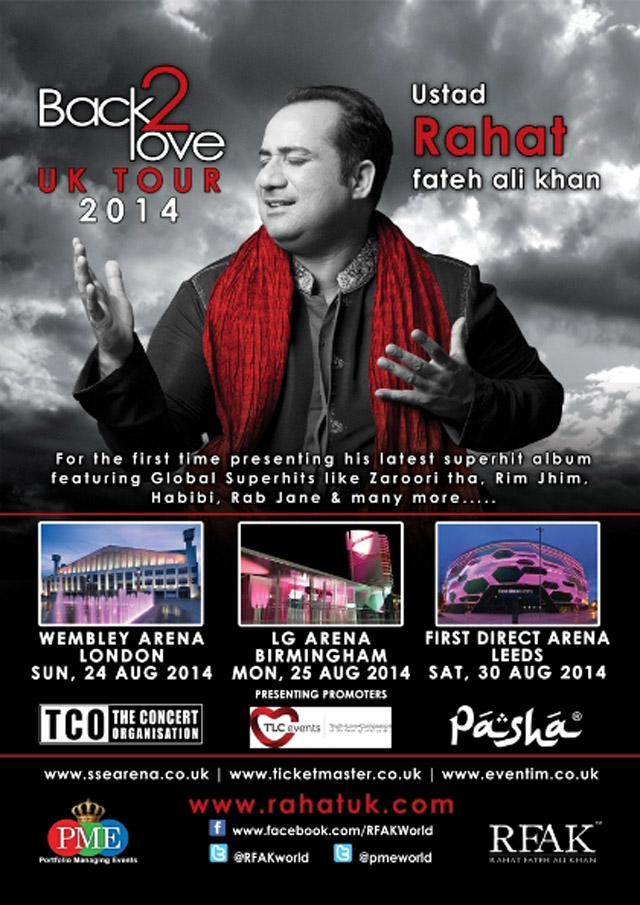 Ustad Rahat Fateh Ali Khan, nephew of the legendary late Ustad Nusrat Fateh Ali Khan was mentored by him since the age of three and is now the King of Qawwali and Sufi music. His is the glorious voice behind hit songs such as ‘Tere Mast Mast Do Nain’, ‘Sajda’, ‘Dil To Baccha Hai’, ‘Teri Ore’ amongst others.

Ustad Rahat Fateh Ali Khan has captured the hearts of millions worldwide and continues to entertain audiences globally. This was reflected last year when he was conferred with an outstanding award from the House of Lords for community cohesion.

The ‘Back 2 Love’ Album was launched at the recently held International Indian Film Awards (IIFA) by Bollywood A-listers Anil Kapoor, Priyanka Chopra and Sonakshi Sinha. The 10 Track Album includes a duet with leading Playback Singer Shreya Ghoshal and collaboration with Composers Salim-Sulaiman. The Album was officially released in June by legendary filmmaker Mahesh Bhatt. Since its release the Album has topped the iTunes World Music Album Chart and the video of the lead single – ‘Zaroori Tha’ (https://www.youtube.com/watch?v=6-n_szx2XRE) – which features ‘Bigg Boss’ couple Kushal Tandon and Gauhar Khan has had more than 10 million views on YouTube.

The ‘Back 2 Love’ Tour promises an electrifying performance by Ustad Rahat Fateh Ali Khan as he will mesmerise the audience with memorable Qawwalis, Bollywood Hits and tracks from his new Album – ‘Back 2 Love’. 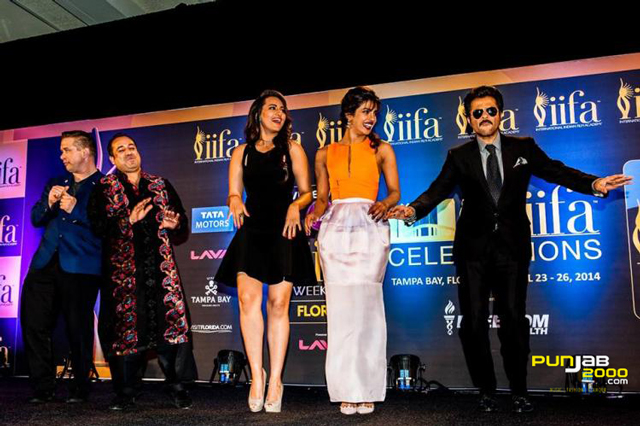