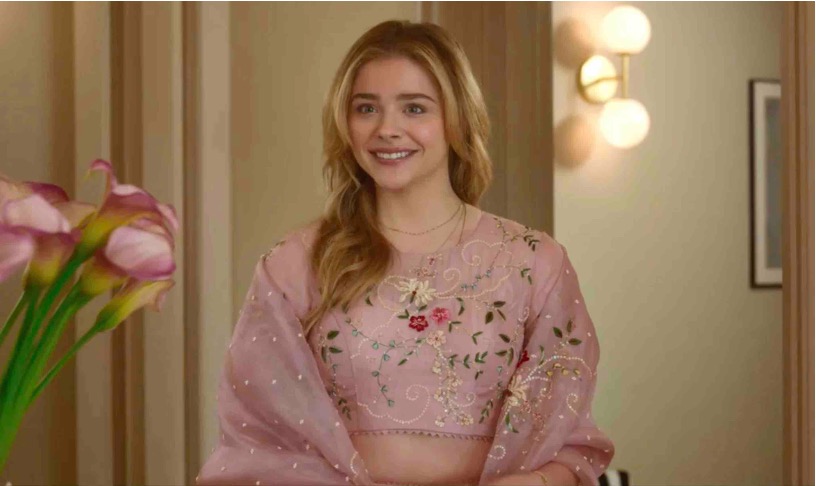 The UK’s leading South Asian high fashion platform, Aashni + Co, has given Hollywood a Bollywood makeover! The Notting Hill-based retail home of India’s top designers was roped in to dress the cast of Warner Bros’ Tom & Jerry: The Movie for one of the film’s most important scenes.

For Warner Bros’ live action film, Tom & Jerry, Aashni + Co was brought on board to dress cast members Chloe Moretz, Pallavi Sharda and Colin Jost among others for the film’s lavish, Indian wedding scene. Being a part of the iconic movie version of the heritage animation has marked another milestone in the Aashni + Co journey. The privilege of being associated with this cult animation series – one that is the reason behind so many happy smiles for decades – is a moment of pride for the Aashni + Co team. For the filmmakers, having the leading South Asian high fashion and bridal couture destination on board for this wow factor scene was imperative.

The association began in the summer of 2019 and saw Aashni + Co working closely with the film’s stylist and creative team to consult, shortlist and curate the outfits for the film’s decadent, big fat Indian wedding sequence. In some cases, multiple pieces of the same couture outfits were made and delivered in record time, following which there were trials and fittings on the grandiose set at Warner Bros’ studio in Leavesdon. The ensemble cast was dressed in couture outfits by leading Indian designers such as Sabyasachi, Anushree Reddy, Shyamal & Bhumika and Payal Singhal, all of them from Aashni + Co.

Says, Aashni + Co Founder and Creative Director, Aashni Anshul Doshi, “It feels surreal to be a part of such a major Hollywood film, that brings the iconic animated series that we all grew up with to the big screen. And for Aashni + Co to be recognised as the place to come for sourcing the best Indian designer collections, working towards a specific brief, is such a great acknowledgement of our work.