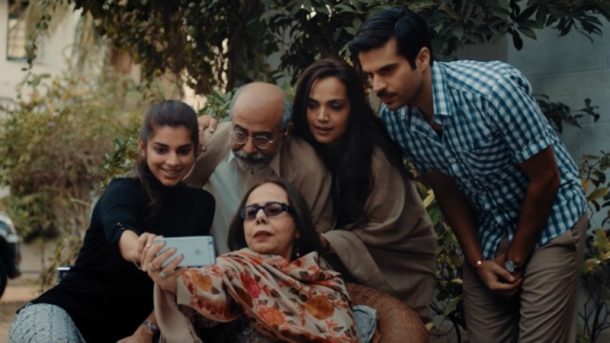 To promote their upcoming film Cake, on-screen siblings of the film, actresses Aamina Sheikh and Sanam Saeed shared some humoured banter on Twitter as their respective characters.

It started with a video message from Aamina Sheikh, as her character Zareen, sent to Sanam Saeed’s character Zara, wishing her a belated birthday. “I’m a little late but I didn’t forget. Happy Birthday. For the past few days mom has been all about you, Zara ki birthday hai, Zara ki birthday hai… I hope you had a good time. Call me whenever you find the time, it’s been a while,” she wrote.

Sanam, playing Aamina’s sister in the film, as Zara didn’t buy it, of course. “Yes #zareen I’m the one who doesn’t call! Pfff! Thanks for finally remembering..wow, can’t believe you wished me so late. I bet you had totally forgotten about my birthday, just like you always do! #SiblingRivalry #CakeTheFilm #30thMarch”

The upcoming film revolves around the life of two sisters, Zareen and Zara and is a story about love, loss and passage of time. The first teaser of the film is out with the official trailer set to release next week.