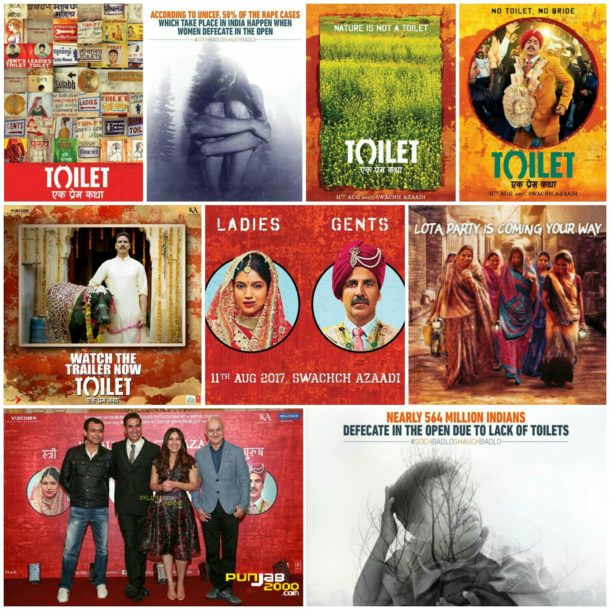 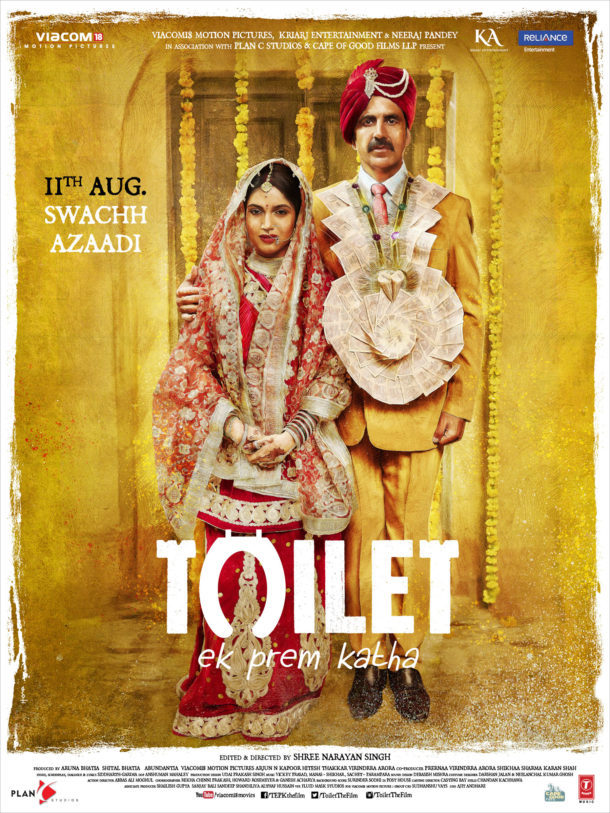 In just four days of it’s release the film has raked over Rs 100 crores at the worldwide box office and continues to grow strong in all territories. 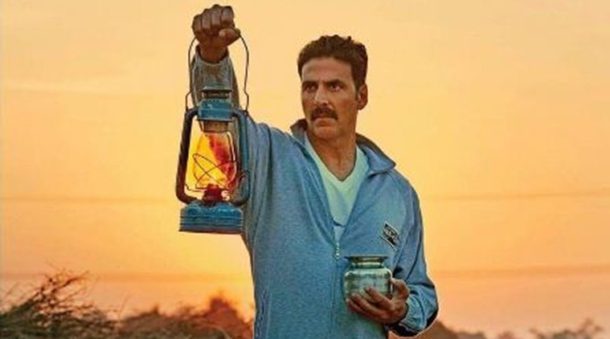 The film was highly anticipated by Bollywood fans and stars alike, with well-known celebrities including Karan Johar, Sonam Kapoor, Alia Bhatt, Hrithik Roshan, Sonakshi Sinha, Tiger Shroff, Arjun Kapoor, Ranveer Singh and Hollywood actress Salma Hayek sharing their messages of support for the film and its cast. Upon release it received a fantastic response from high profile fans of the film:

Salma Hayek, renowned Hollywood actress and campaigner, tweeted in support of her friend Akshay Kumar: “Good luck to @akshaykumar on @ToiletTheFilm out today! End #OpenDefecation now! No woman should fear going to the toilet! #ToiletEkPremKatha” 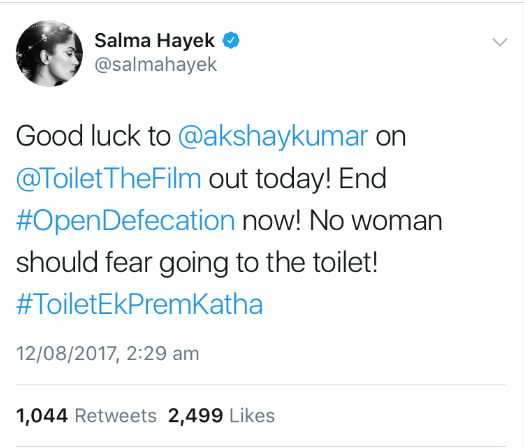 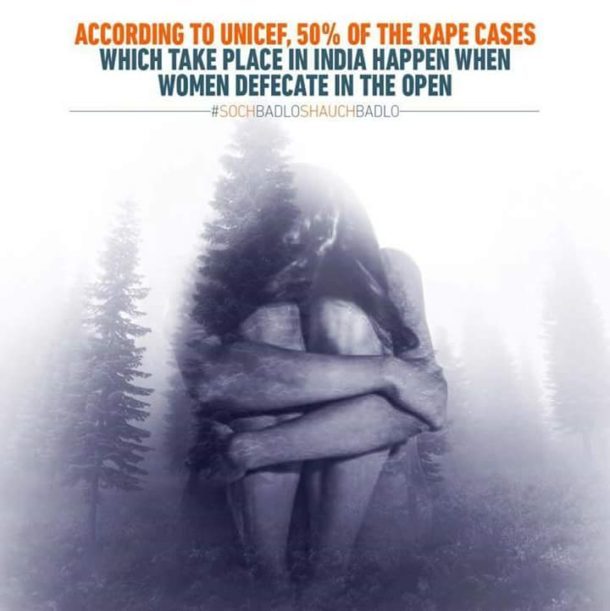 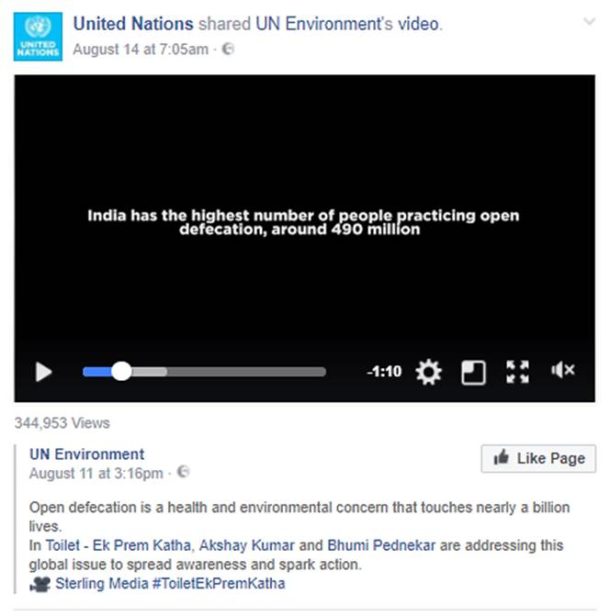 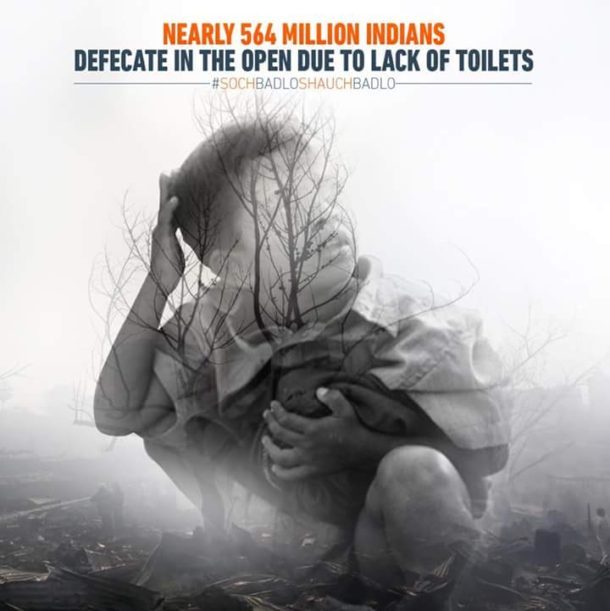 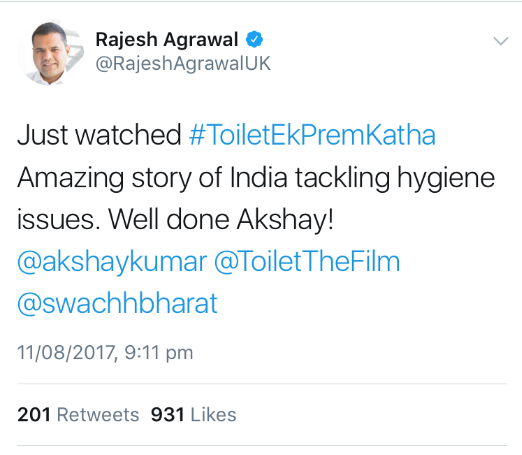 Taran Adarsh, a leading film analyst described the film as “Excellent” and tweeted, “#ToiletEkPremKatha has pumped oxygen in the lungs of an ailing film industry… The dry spell at the BO ends finally! #TEPK” 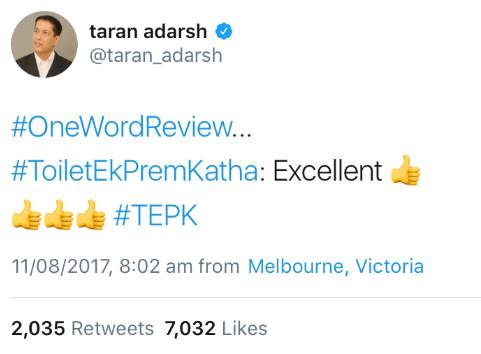 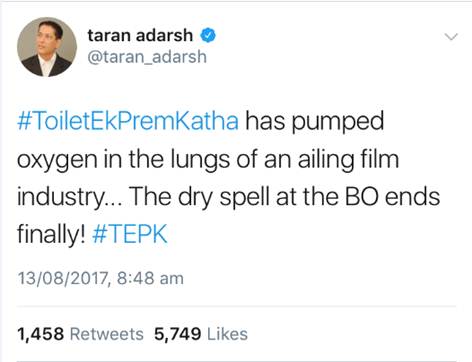 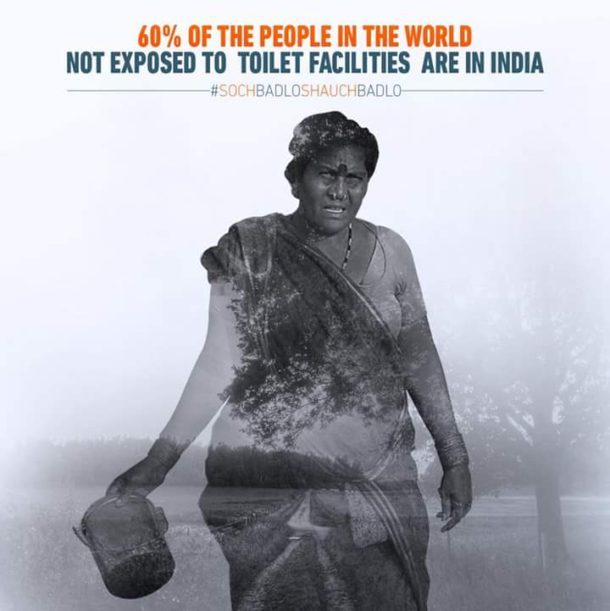 Talking about the success of the film, Twinkle Khanna tweeted, “So even the box office needed this Toilet eventually to break free from its constipation-#ToiletEkPremKath Hit Hit Hooray!” 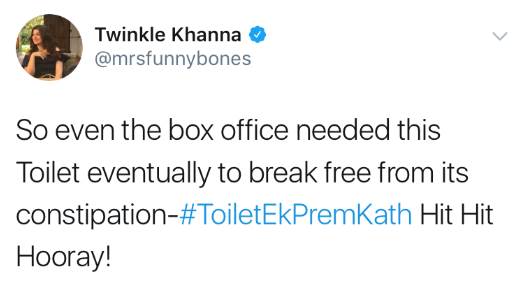 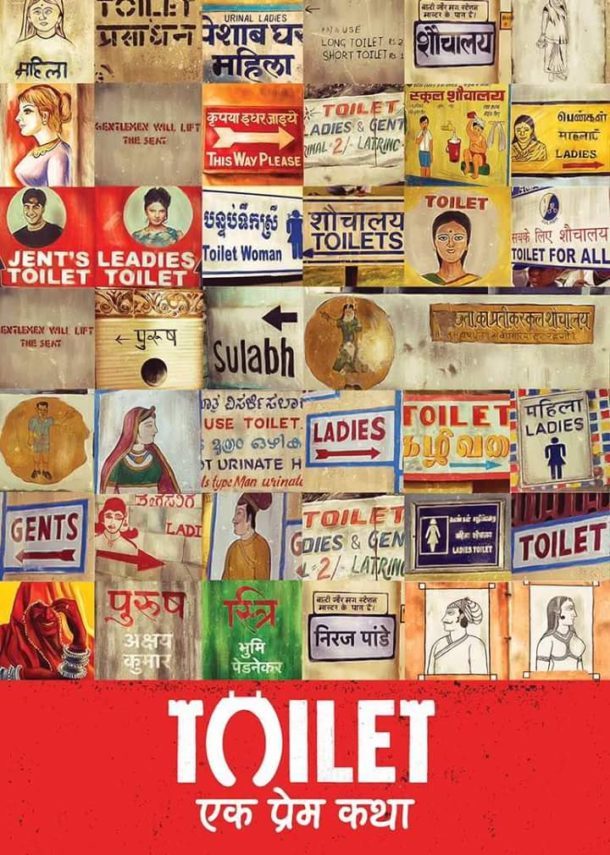 Bollywood campaign of unprecedented international proportion, TOILET: EK PREM KATHA has made the deepest inroads in markets across the globe, releasing in well over 70 countries in the foreign markets, a first for an Akshay Kumar starrer. Besides the conventional North America, UK and UAE markets, TOILET: EK PREM KATHA also tapped relatively newer markets like Chile in South America all the way to Greece, Czech Republic, Hungary, Malta, Croatia, Estonia, Latvia in Europe, a first for a Bollywood Film. The film released in 22 countries in Europe alone. 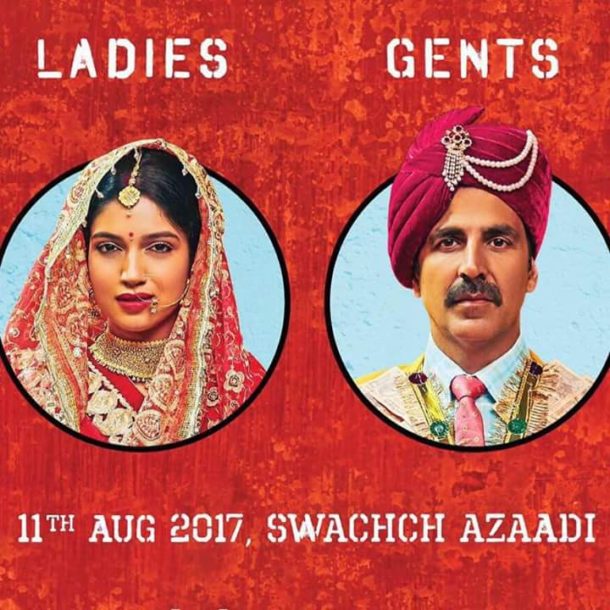 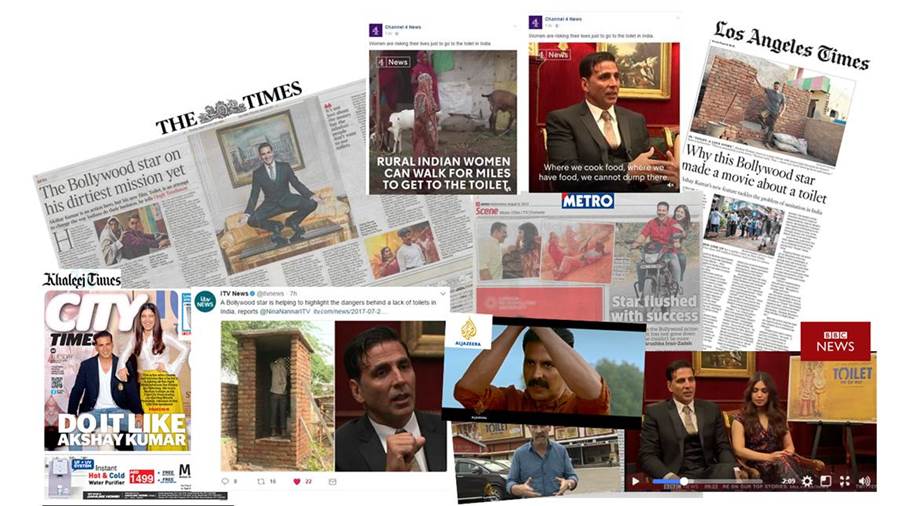 TOILET: EK PREM KATHA tackles the fundamental need to provide households across the nation with a functioning toilet in a bid to reduce open defecation in public areas, which is intricately linked to issues such as women safety – open defecation is also a factor in 50% of the rape cases in India. The film’s focus on women’s safety, basic dignity and privacy forms the basis of the love story between Keshav (Akshay Kumar) and Jaya (Bhumi Pednekar), whose love transcends across barriers of tradition, yet is challenged by the most unexpected hurdle, a toilet. 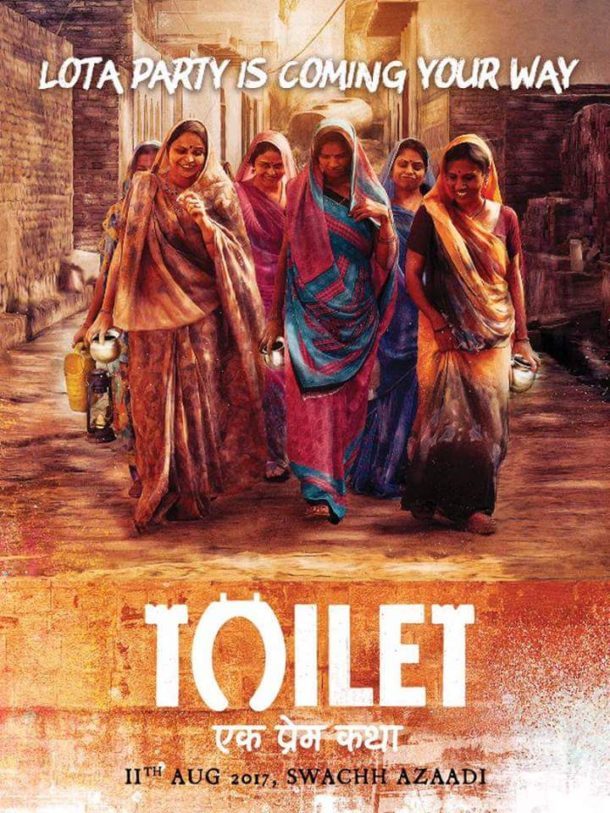 TOILET: EK PREM KATHA is directed by Shree Narayan Singh, best known for his work editing smash hits such as Baby (2015), M.S Dhoni: The Untold Story (2016) and Rustom (2016), and co-produced by dream team Neeraj Pandey and Akshay Kumar himself. The ensemble of cast is led by Akshay Kumar, who is joined by Bhumi Pednekar (Dum Laga KeHaisha), Anupam Kher (Bend It Like Beckham, Silver Lining Playbook) – to condense a star-studded cast.

A revolution in the making, TOILET: EK PREM KATHA uses humour to educate the world and bring to light the issues surrounding sanitation and women safety in India.

Not to be missed, catch the film in a cinema near you by Reliance Entertainment and KriArj Entertainment. And remember, don’t forget to flush! 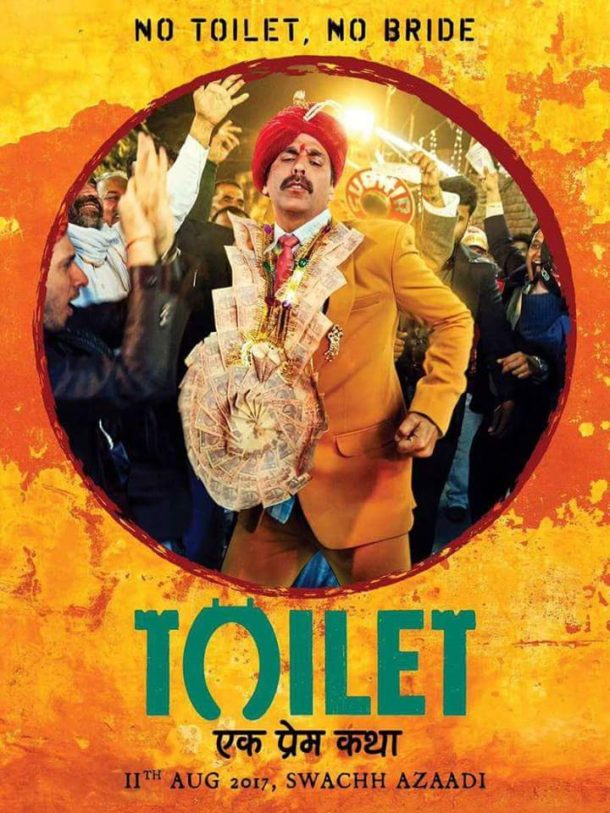