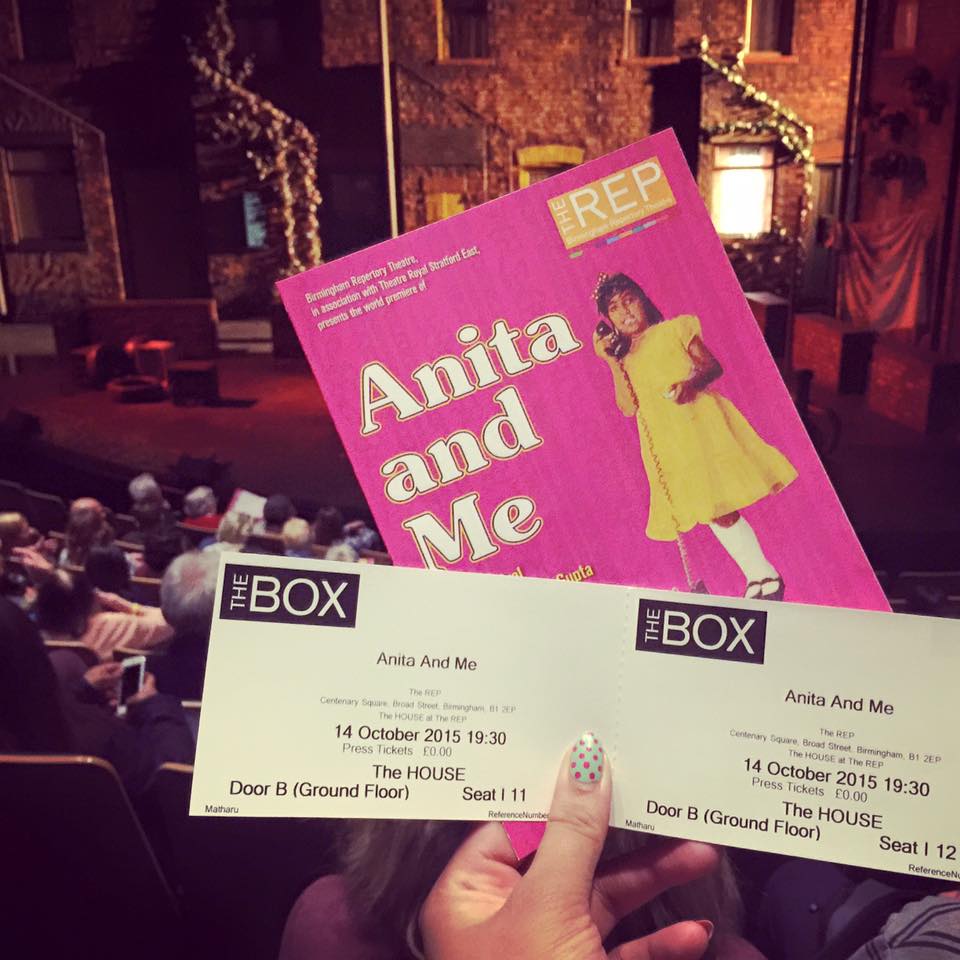 A few weeks ago I got to view one of my favourite films being performed on stage at the Birmingham Repertory Theatre. Anita and Me is Meera Syal’s much loved novel which was also made into a film in 2002 also staring the award winning novelist herself along with Sanjeev Bhaskar. Tanika Gupta has adapted Syal’s work into a theatre production, painting a colourful portrait of village life in 1970’s West Midlands during the era of flares, power cuts and glam rock.

I was very impressed with the performances from the cast and feel that they were cast accordingly to their characters. Mandeep Dhillon played a strong Meena, as a young British-Asian learning to embrace her cultural roots – I felt this reflected by Dhillon as well as character. I couldn’t help but compare Dhillon’s performance to the actress who played Meena in the film, Chandeep Uppal. Dhillon captured the Meena’s child-like and impressionable character in the same way Uppal, at the young age of thirteen was able to on screen. Meena’s behaviour such as longing for blonde hair reflects how she can control certain aspects of her life compared to her own erratic family life. She thrives off attention from Anita and wishes to be recognised. Dhillon expressed that well on stage with emphasised body language and her actions. At times though, I found that Dhillon’s Brummie accent let her down and didn’t add to the theme and passion of the play being themed around the Black Country. 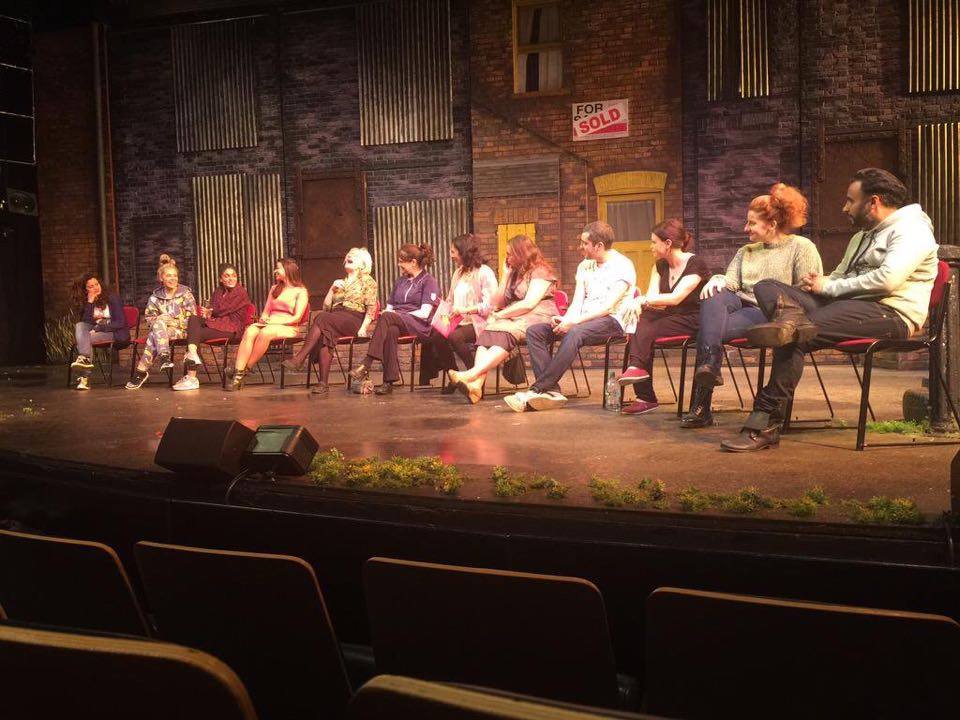 It was interesting to see the role of Meena’s mother played again by Ayesha Dharker who was also cast in the film. Dharker commented that she enjoyed playing the role on stage much more than the film. She was 22 when it was filmed and now as a mother she relates more to the character. Similarly, Ameet Chana expressed that he was able to relate to his part of the caring father and the dad-daughter relationship he shares with Meena through his own internal journey as a father. 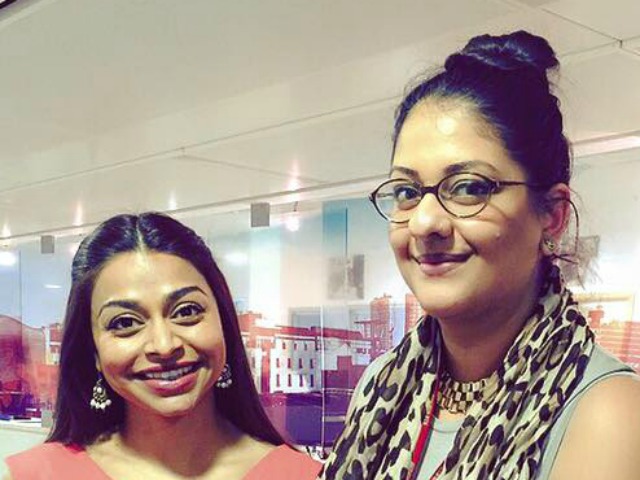 Many themes have recurrent appearances throughout the play. The sense of identity is especially told through not only Meena’s character exploring what it means to be Asian growing up in a western world, but also through Anita and her dysfunctional family. The play questions what it takes to be accepted. Meena idolises Anita’s blonde hair and pretty looks as she wants to be a part of that world.

The Irish Morris dancing acts as a device to highlight the similarities between the struggles in life between the Asian immigrant community and the working-class English. Song and dance binds the two communities together, but also shows the difference in their struggles. For example a frequent theme expressed amongst by the Asian characters in the performance is seen through their dreams and aspirations. Education, finding decent work, a good home and appearance is important to Meena’s family. Anita and her family express the opposite of these goals in the way that they feel there is a limit placed on their fortune.

Overall in the way that the book expresses description and colour of two worlds colliding, the play is emphasised by actions and performance. It is difficult to relay the same portrayal of the film through close ups and special effects on screen. However the energy of the play interacts with the audience and touches them in a way that can only be shared as an experience between the actors on stage and audience in the theatre. A recommended watch for anyone who enjoys theatre and especially for anyone who can relate to growing up with parents from another country. Sentimental, touching and full of enjoyment!