The Sikh Awards honour the contribution by Sikh soldiers during WW1

The prestigious event saw 750 guests in attendance from elite international dignitaries to public figures, community heroes, sports stars and celebrities. Last year the UK Prime Minister the Rt Hon. David Cameron was the recipient of a Special Recognition Award for the several “firsts” he had instigated between the UK and the Sikh community in India, including becoming the first serving UK Prime Minister to pay his respects at the Darbar Sahib (The Golden Temple, India), laying a wreath and signing a book of condolence at the memorial site in Jallianwala Bagh Gardens, in Amritsar. He also commenced the annual Sikh traditional festival of Vaisakhi, which has been celebrated at 10 Downing Street since 2011.

Each year, The Sikh Awards takes a theme as its central focus for the evening’s celebrations and this year the event recognized and honored the sizable battlefield contribution made by Sikh soldiers during the Great War, which this year celebrates its 100th anniversary. Although the Sikh community only makes up two per cent of the British Indian population, they formed 20 per cent of the British Indian Army, which saw 130,000 active Sikh soldiers. As a result of this theme, speakers at this year’s event included representatives from the Royal Army, Royal Navy, the Tower of London and other well-known historians and two  of the evening’s highlights included the staging of the Lottery-funded SOAS exhibition about Sikhs in WW1* and a special trumpet rendition by the Army’s band.

A further highlight of last night’s event, which was hosted by the media organisation The Sikh Directory, was the launch of the third edition of The Sikh 100 Power List, which details the most prominent Sikhs in the global community.

The Sikh Awards was founded by entrepreneur Navdeep Singh Bansal, who following the event commented: ‘We were delighted that The Sikh Awards have been such a success, not only last evening but also looking back five years since its inception. Our purpose with the awards continues to be to recognize, honor and celebrate the enormous achievements of the successful, hard-working and ambitious Sikh community as they tirelessly contribute to the social, cultural, and economic fabric of societies globally, as well as making a difference to people’s lives through philanthropy. This year’s event however had a special focus on Sikh soldiers who contributed during WW1 and as such we wanted to pay special homage and show our due respect to the thousands of Sikh soldiers who fought and lost their lives during the First World War.

‘I would also once again, like to congratulate all of this year’s winners, who have shown that they are beacons that shine out to our future generations and will encourage them to continue to strive for excellence in their chosen professions.’

Sikhism is a religion founded by Guru Nanak Dev Ji 544 years ago with over 26 million followers worldwide. It is ranked as the world’s fifth largest religion. The 2013 awards was a precursor to the event in 2014, which marked two important anniversaries: the first being the 160th anniversary of the first Sikh arriving in the United Kingdom in 1854 and secondly  the 100th anniversary of the outbreak of the First World War, where several thousands of Sikh soldiers fought for Britain on the front line. 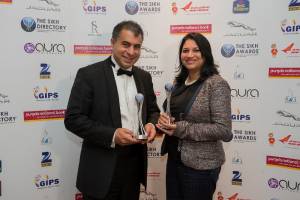 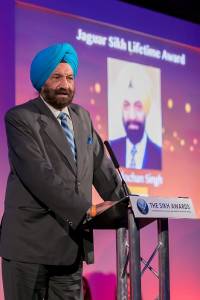 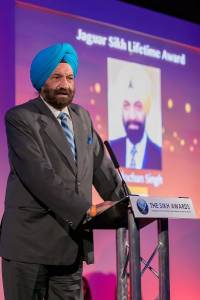 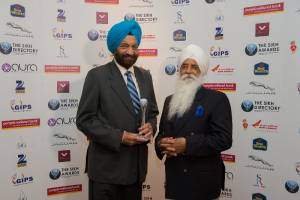 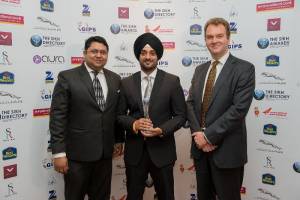 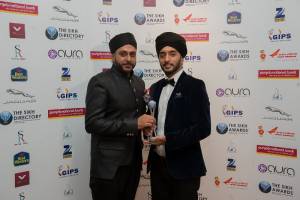 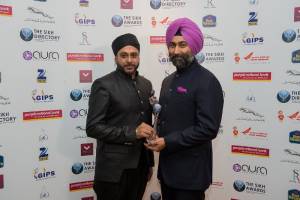 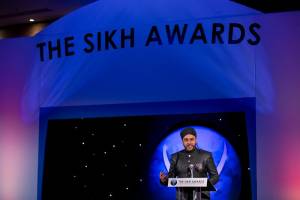 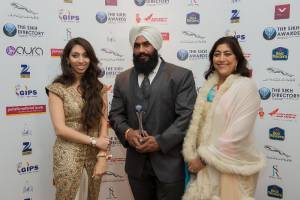 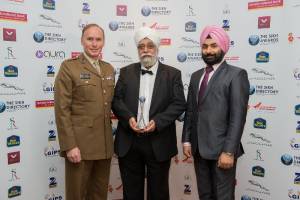 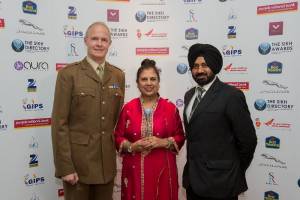 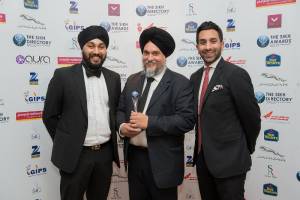 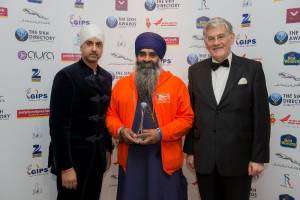 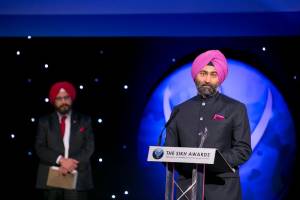 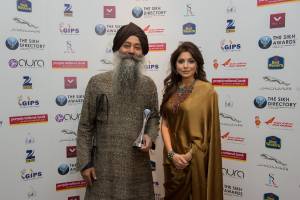 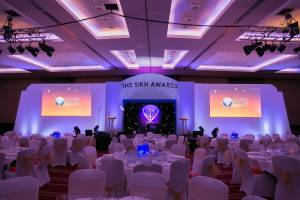 Sikhs Businessman
For the organisation or individual that can best demonstrate how it has made exceptional financial returns, shown strong growth, innovative strategies and clear market leadership in its sector. This category also incorporates Business Man, Business Women and Entrepreneur awards.

Malvinder Singh is Executive Chairman of Fortis Healthcare. With a current net worth of $2.6 billion, he is a dynamic business leader and philanthropist recognised globally for his contribution of pursuing business for profit and for the betterment of the community. He incubated and established Fortis Healthcare, in the late 1990’s and has been instrumental in its transformation as a leading healthcare delivery company working towards making healthcare widely accessible for all. Malvinder Singh is on the Board of the Indian Council for Research on International Economic Relations and is the serving Chairman of the CII Services Council. He earned his MBA from the Fuqua School of Business, Duke University, USA.

Parminder Kaur is a Pharma regulatory professional providing strategic input for medicinal product development. She has Lead a combination therapy project in collaboration with the R&D Group at the European Commission. She was chosen to be a scientific representative from India by the American Society of Microbiology in 2000. Currently, she is the owner of RegPak BioPharma Consulting based in Amsterdam, Holland. Parminder is an eminent speaker at International Conferences and has recently forayed into the medical world. She has the credit for introducing innovative treatment options for cancer patients in India.

Entrepreneur of the Year

February 2003 saw Sukhi become Founder of Octavian Security, after seeing a niche in the market, and now Group CEO for the Octavian Group, currently comprising of companies within the UK, USA and South Africa. Octavian was named Britain’s 27th fastest growing private company in the Sunday Times Virgin Fast Track League Table. In 2011, he became the first non-USA citizen to join the HSFA Board of Directors and served as Chairman in 2012. Sukhi is currently a member of the Nottingham Trent University Development Board, International Ambassador for the City of Nottingham, columnist for Asian World and a member of the British Indian Business Forum.

Sikhs in Charity
For an individual, organisation, or society which can best demonstrate that it has the community at heart and has had a positive impact whilst improving the health and wellbeing of society.

Giani Sukha Singh is a national figure who has dedicated his life to Seva. He has founded two voluntary organisations, the Sikh Naujawan Academy and the Sikh Helpline. The SNA have run free nationwide gurmat-camps for 21-years, providing educational activities to thousands of youths, encouraging good Sikhi-lifestyles, morals and values. SHL, established 18 years ago, provides a free 24 hour national helpline, offering advice, support and guidance. He also completed a national bike ride of 500 miles for charity. Giani Ji was recently approached by the UK Home Office to act as their Sikh representative.

Sikhs in Education
For any Sikh educational establishment, teacher or individual that is taking a strategic approach to recognising, educating and developing the talent and skills within the community

Gursharan Kaur started her career in India, working with the Indian Red Cross. Moving to Canada in 1995 she has since worked with many organisations as executive director and chairperson. In 2003 she started her own company, the Canadian International Academic Services Incorporation. CIAS was set up to provide international students from all around the world with the opportunity to gain access to quality education in Canada. The company represents over 57 educational institutions globally. Gursharan has successfully been able to change the lives of 1800 international students by providing them with admissions into Canadian post-secondary institutions. She is also the Founder of the Canadian Intercultural Association of Students (CIAOS).

Baldeep Singh is the ‘Renaissance Man’ of Punjab. For the past several decades, he has compassionately dreamt and zealously worked towards a radical reclamation and transformation of the cultural topography of Punjab. Anyone who has heard him render the vintage etiquettes of Gurbani Kirtan cannot but be overwhelmed not only by the sheer range of his knowledge but also by the spiritual resonance he brings into play. He is known the world over as perhaps the finest teacher of music from South Asia. He has mooted, for the first time, the idea of setting up a conservatory at the Qila of Sultanpur Lodi.

Sikhs in Media
For an individual or organisation that has made a substantial positive impact within the media industry, including newspapers, websites, radio and television stations and all other media platforms.

Sangat Television is the first TV channel in the world set up as a registered charity. It is committed to promoting Sikhi and propagating ‘Dharam Parchar’. Sangat TV is owned by the Sangat Trust, a registered charity backed by Gurudwaras from the UK and from other individuals. The channel is an open platform for the Sikh Sangat to express their views independently. Sangat TV popularity grew during the UK riots in 2011. Its coverage was used by BBC News, Sky News as well as international stations such as CNN and Fox News. Prime Minister David Cameron said “this was an example of a media company’s commitment to social responsibility”.

Sikhs in Profession
Nominees in this category are employees whose contributions have made an exceptional difference on a local or global scale, in any field such as financial, medical, technology, government or legal.

He is one of the youngest double master’s winners in the UK. Having studied at the University of Birmingham, Loughborough University and London School of Economics he joined his family business before entering the banking fraternity in 2000 with Coutts & Co. Being one of the first turbaned Sikhs he quickly established his name within the industry. Six years later he joined Credit Suisse as the Head of their new Midlands office. Amrit left to join Barclays Asia in 2011 and was recently made the Global Head of South Asian Clients with EFG Bank AG.

Sikhs in Seva
This category recognises an outstanding individual who has shown exceptional vision and contribution to society through means of Seva (Selfless Voluntary Service).

Swaran Singh was born in 1945, he is a business man and philanthropist. He joined the International Lions Club in the year 1976. He held various positions at Club and District Level. He obtained a grant to build the Lions Eye Hospital, the most advanced facility in Sub Saharan Africa of its kind. He raised funds to build Lions Service Centre in 2002. He revived the oldest Gurudwara in Kenya, which is now declared as National monument. In 2010 he completed a 96 bed project at Makindu Temple. More recently in 2008 Swaran Singh was elected Project Chairman, for a magnificent South C Darbar and complex, inaugurated in 2014.

For an individual that has made a significant contribution to the sports industry on a regional, national or global scale whilst promoting there Sikh Identity.

Navtej Singh is the world’s first Amritdhari Sikh Bodybuilder. Having successfully won a number of respected awards in the industry, he has proudly taken the Sikh identity to forefront of this demanding and highly competitive global sport. Navtej has also recently started his movie career and is due to release a new film globally highlighting some of the key historical injustices faced by many Sikhs. Over the years he has won Mr. Punjab, Mr. North India, Mr. India, Mr. World Amberix International Championships and the Mr. Europe Pro Open.

Pardeep Singh Bahra – UK
Pardeep Singh is a 23 year old well known fashion blogger and the founder of ‘Singh Street Style’. In September 2014 he was chosen to be the face of Samsung, for their Alpha smart phone campaign. He is the first Sikh turbaned man to be the face of a global campaign for a international organisation. He was recently named as one of the top 10 fashion bloggers by Esquire magazine. Pardeep has been featured in many main stream fashion publications and newspapers such as Vogue, The Guardian, Time Magazine, Financial Times, MTV and Men Fashion Magazine.

Tarlochan Singh born in 1933 is a walking encyclopaedia on Sikhism, sports, Indian politics and Punjab. He is an able Parliamentarian, a sports administrator par excellence, a well-read columnist, a successful communicator and a proven administrator. He has been witness to two major events in contemporary Sikh history, the 1947 partition and the anti-Sikh riots in New Delhi in 1984. Credited with producing first Sikh calendar in 1973, he has always remained synonymous with world of sports for his role in organising 1982 Asian Games and 2010 Commonwealth Games in Delhi.