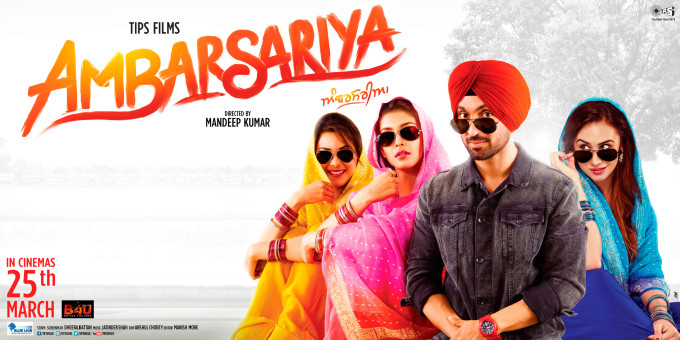 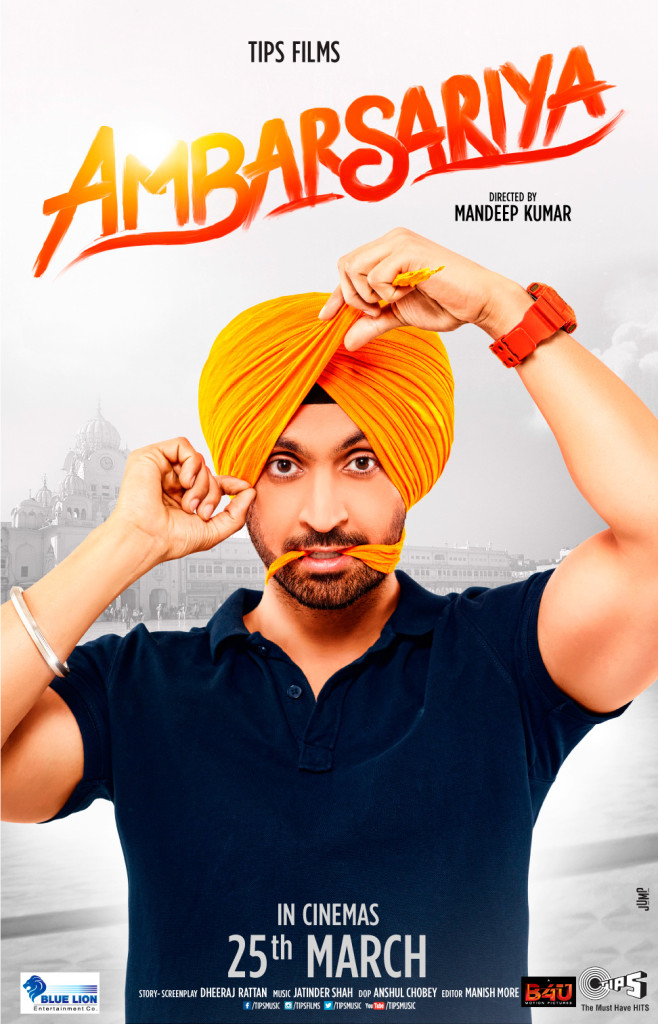 After a record breaking 2015 with Sardaarji, Diljit Dosanjh stars in Ambarsariya – a thriller rom-com that will also keep you on the edge of your seats.

Diljit Dosanjh plays an Insurance agent dedicated to his job – but he works hard and plays hard too, in fact he’s quite a player in the ladies department! That’s not to say he’s forgotten his roots and values – Ambarsariya is the story of a simple Panjabi boy from Amritsar facing an inner conflict of becoming a successful business man or protecting his community.

Expect outstanding comic timing, electrifying screen presence and superb music – everything you want a Diljit Dosanjh entertainer to be.

Ambarsariya is directed by Mandeep Kumar of Tere Naal Love Ho Gaya fame and produced by Tips Films who have given us blockbusters like Race, Ajab Prem Ki Ghazab Kahani and Race 2.

Ambarsariya releases on March 25, distributed by B4u films (UK only) as they continue their endeavour to give good cinema a voice in the UK. Our recent catalogue includes Queen, Sardaar Ji and Bin Roye.