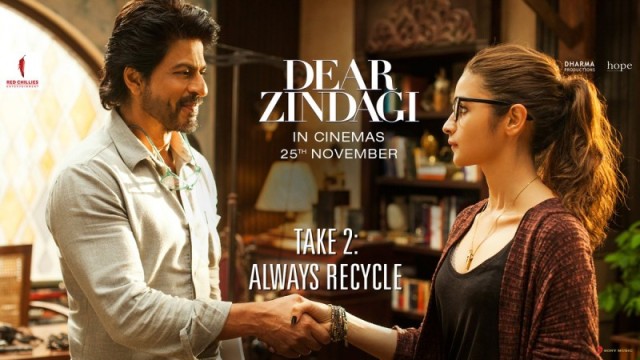 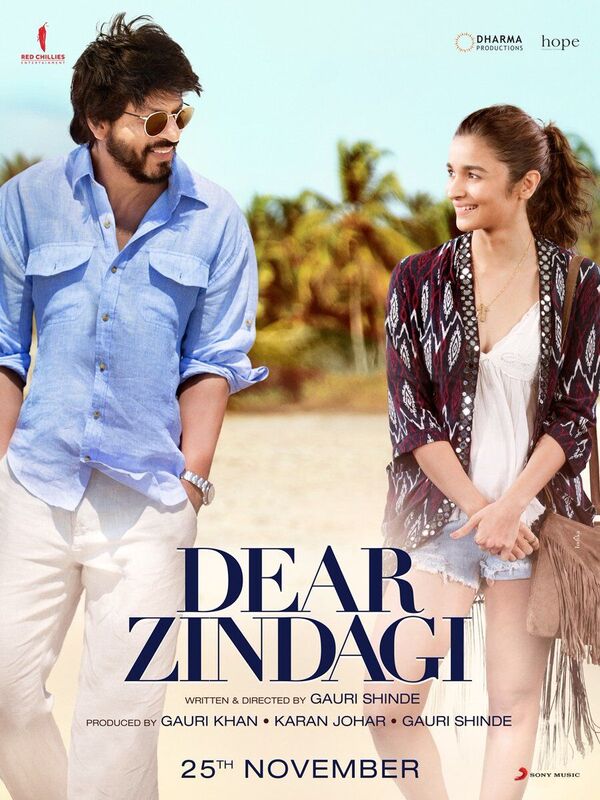 Be it people or jokes, they can all be repaired or recycled. #DearZindagiTake2: Always Recycle

The makers of Dear Zindagi release the second teaser of the film.

The teaser gives the audience a glimpse into the equation between actor Shah Rukh Khan and actress Alia Bhatt. While Alia plays the role of Kaira, a young filmmaker, SRK essays the role of Jag, her mentor.

Earlier in the week, Alia and Karan Johar, who’s one of the producer of the film, both shared the new poster of Dear Zindagi on their social media. While Karan wrote, “All you need is someone to make great conversations with. #DearZindagiTake2 @iamsrk @aliaa08” Alia tweeted, “Good conversations and even better company” tagging her co-star SRK.