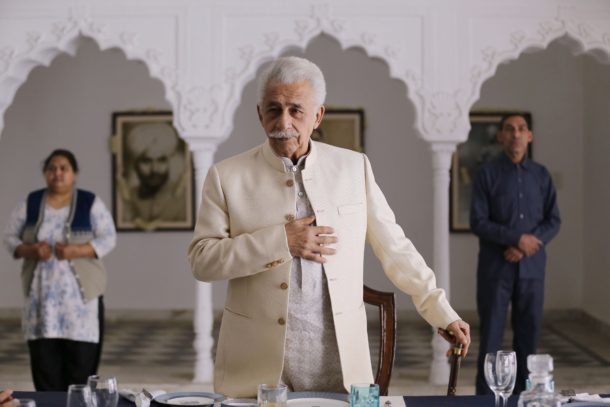 THE HUNGRY, the bloody revenge drama from Film London and Cinestaan Film Company, will have its European Premiere on Saturday 7 October as part of this year’s BFI London Film Festival. 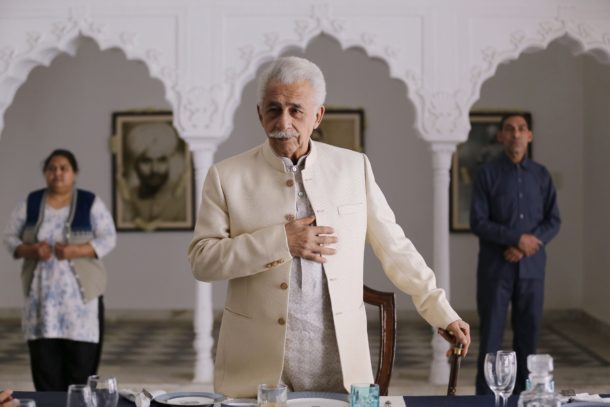 The film follows Tulsi Joshi, a widow and bride-to-be who comes to her own wedding seeking revenge for the brutal murder of her first-born son.

Based on Shakespeare’s Titus Andronicus, THE HUNGRY is about the violence that exists between power and love – a macabre fairytale set in the elite circles of northern India.

THE HUNGRY has stellar performances from some of India’s top dramatic talent, including Naseeruddin Shah, Tisca Chopra and Neeraj Kabi. The film played as part of the Special Presentation section at this year’s Toronto International Film Festival.

Adrian Wootton OBE, Chief Executive of Film London and the British Film Commission, said: “After a brilliant run at the Toronto Internationa Film Festival we’re really excited to have The Hungry screen in the city where there idea first sprang to life. The film was born of a unique set of circumstances, and the results are suitably startling – it’s a daring, bloody revenge piece that does its team proud, and we can’t wait to hear what the hometown audience thinks before its Asian premiere later in the month.”

Rohit Khattar, Chairman of Cinestaan Film Company, said: “Following the film’s launch at Toronto Film Festival it is great to see The Hungry about to premiere in its two home cities, London and Mumbai. The Hungry was born out of an ambition to enable our two industries to work more heartily together and we are delighted with the results.”

THE HUNGRY is a bold adaptation of the original Shakespeare text, with the filmmakers putting their own dramatic modern twist on Shakespeare’s first tragedy. This story examines how the lust for revenge and violence are rarely worth it. After all, an eye for an eye will make the whole world go blind.

India’s high society provides the perfect platform to re-interpret the play’s original setting as Tulsi finds herself in this colourful den of corruption and false celebrations, where, with each passing hour, her murderous desires to get even come up against by her own basic humanity and compassion.

The film was born from desire to forge stronger links between the Indian and UK film industries, and saw Film London and Cinestaan Film Company embark on an ambitious process which united talent from the two continents, using Film London’s ‘Microwave’ feature film scheme as its template. They were supported by the British Council, who enabled a series of workshops to take place as part of last year’s ‘Shakespeare Lives’ celebration, in order to develop the film in anticipation of the current UK/India Year of Culture. The result is a true international collaboration, comprising a team of international filmmakers; a cast of exciting new and established talent from India and the UK; glorious Mumbai backdrops and post-production courtesy of London’s world-renowned Twickenham Studios. The film is being sold by C International Sales.

About Film London
Film London is the capital’s screen industries agency. We connect ideas, talent, and finance to develop a pioneering creative culture in the city that delivers success in film, television, animation, games and beyond. We work to sustain, promote and develop London as a global content production hub, support the development of the city’s new and emerging filmmaking talent and invest in a diverse and rich film culture. Funded by the Mayor of London and the National Lottery through the BFI, we also receive support from Arts Council England and Creative Skill set.

·      Maintaining, strengthening and promoting London’s position as a world-class city to attract investment through film, television, animation, and games.

·      Investing in local talent through a range of specialized production and training schemes.

·      Maximising access to the capital’s film culture by helping audiences discover film in all its diversity.

·      Promoting London through screen tourism. Film London also manages the British Film Commission through a public/private partnership which is funded by the Department for Culture, Media and Sport and the Department for International Trade through the BFI. More details at: www.britishfilmcommission.org.uk

About the British Council

We work in more than 100 countries and our 7,000 staff – including 2,000 teachers – work with thousands of professionals and policy makers and millions of young people every year by teaching English, sharing the arts and delivering education and society programmes.

We are a UK charity governed by Royal Charter. A core publically-funded grant provides less than 25 per cent of our turnover which last year was £781 million. The rest of our revenues are earned from services which customers around the world pay for, through education and development contracts and from partnerships with public and private organisations. All our work is in pursuit of our charitable purpose and supports prosperity and security for the UK and globally.

Our work in Film

For more information, please visit: www.britishcouncil.org/film. You can also keep in touch through twitter.com/British_Film.