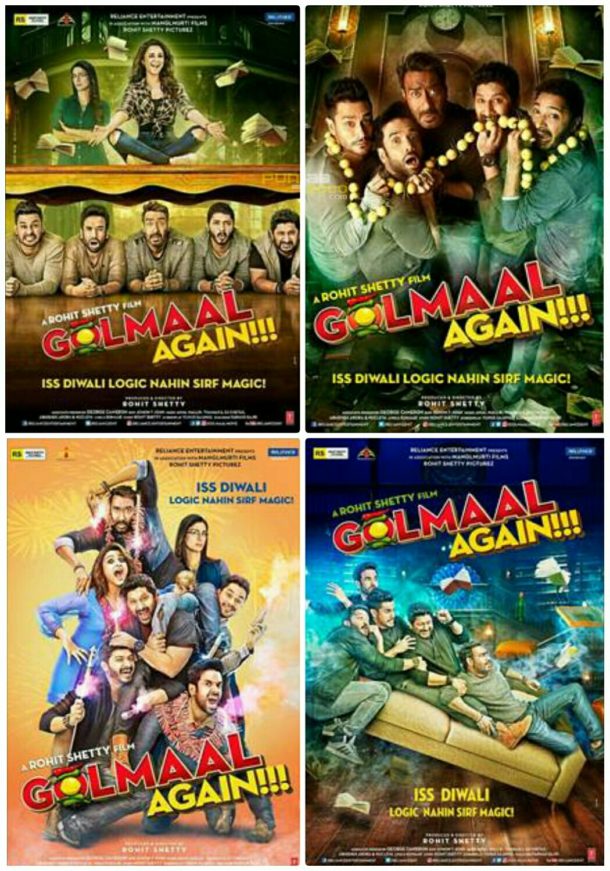 The Golmaal Gang Are Back With ‘Golmaal Again’ October 20th! 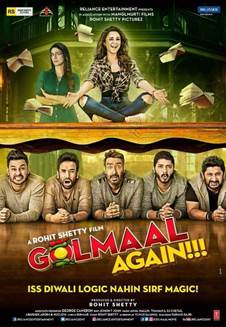 GET READY TO BE SPOOKED THIS DIWALI WITH THE RELEASE OF GOLMAAL AGAIN ON OCTOBER 20th!

The wait is finally over! The Golmaal gang are back with a bang with the Rohit Shetty directorial Golmaal Again, ready to spook fans across the world this October 20th! 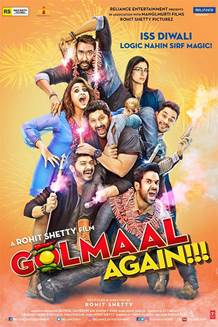 Presented by Reliance Entertainment in association with Mangl Murti Films and Rohit Shetty Picturez, Golmaal Again is Produced and Directed by action film supremo Rohit Shetty who has also conceived the story.

Golmaal Again sees the return of the ensemble super-star cast headlined by Ajay Devgn, Kunal Kemmu, Arshad Warsi, Shreyas Talpade and Tusshar Kapoor. For the fourth instalment they are joined by Tabu and Parineeti Chopra who bring their own sass to the popular film franchise. 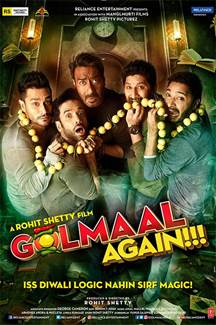 The star-studded team released the film’s trailer which has left fans rolling on the floor with laughter and breaking in cold sweat with equal measure.

The trailer stands true to the film’s tagline–“Iss Diwali Logic Nahi Sirf Magic” (This Diwali there’ll be no Logic but only magic), and boasts the classic mix of laughter, mischief, and slapstick humour, blended with bizarre antics, oddity and quirky happenings that will leave you with the chills and giggles throughout! 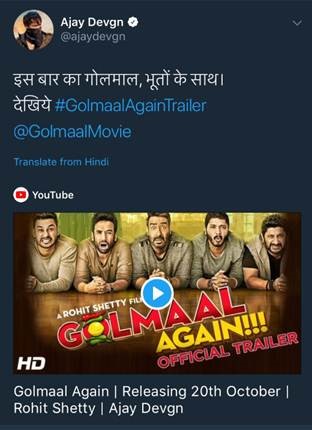 Golmaal Again is yet another fun filled ride about two rival gangs who are unable to stand each other since their childhood and how they repulse each other even after they grow up. It is yet another hilarious adventure with its fair share of thrills that are sure to surprise the audience and fill their hearts with laughter and joy. It is a film that will surely make everyone laugh, cry and realize the importance of how beautiful life is.

Get ready to be spooked this Diwali with the laugh-riot Golmaal Again, releasing in cinemas through Reliance Entertainment on 20th October! 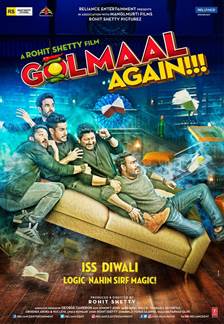 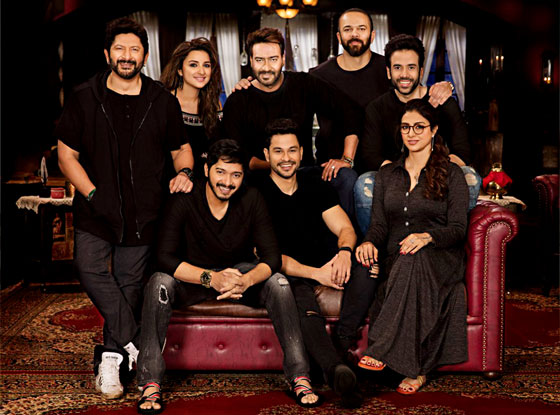 Reliance, led by Anil D. Ambani, is among India’s major business houses, with a leadership position in telecommunications, power, infrastructure, financial services, and media and entertainment. The Group has over 250 million customers, serving 1 in every 5 Indians and has over 8 million shareholders, amongst the largest in the world. Reliance Entertainment is the media and entertainment arm of Reliance Group and is engaged in the creation and distribution of content across film, television, digital and gaming platforms. Internationally, Reliance Entertainment has partnered since 2009 with iconic film producer and director, Steven Spielberg, in the formation of DreamWorks Studios, and thereafter, Amblin Partners. This relationship has produced several highly successful films such as The Help, War Horse, Lincoln, The Hundred Foot Journey, The Girl on the Train, Office Christmas Party and A Dog’s Purpose. Reliance Entertainment is releasing “Thank You For Your Service” on October 27, 2017 and also Steven Spielberg directed “The Papers” on January 12th, 2018. www.relianceentertainment.net