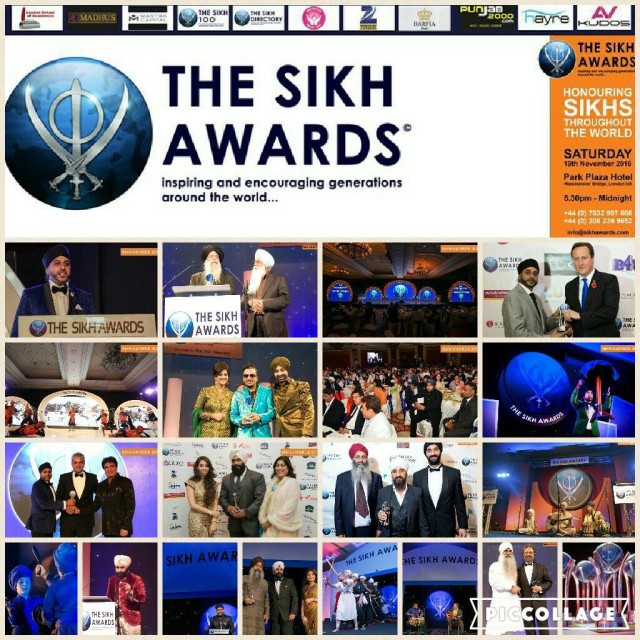 The Sikh Awards 2016 – Honouring Sikhs throughout the world. The 7th Annual Sikh Awards will take place on Sat November 19th at The Park Plaza Hotel, Westminster Bridge, London. We at Punjab2000.com are proud to be the events official photographers. 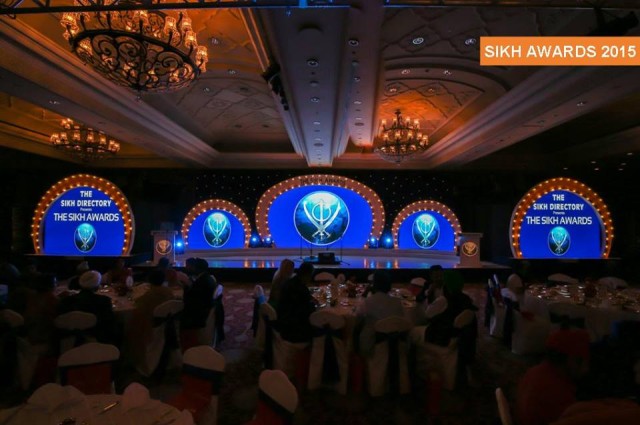 Hosted by Ranvir Singh, a journalist and broadcaster, best known for her presenting role on the ITV Breakfast programme ‘Good Morning Britain’, The Sikh Awards recognise the pivotal contributions made by the Sikh community across a variety of fields, from business, charity, education, entertainment, professional services, seva (selfless service), and sport, with winners coming from Asia, USA, Canada, Australia, Europe, Africa and the Middle East. The three most coveted award categories include the Sikh Business Man Award the Sikh Lifetime Achievement Award and The Special Recognition Award. In October 2015, an incredible £30 billion worth of Asian wealth attended the 6th annual Sikh Awards ceremony from around the world, when it took place in Delhi India.

The prestigious event will see in attendance over 700 guests, from elite international dignitaries to public figures, community heroes, sports stars and celebrities. In 2013, the then UK Prime Minister the Rt Hon. David Cameron was the recipient of a Special Recognition Award for the several firsts he initiated between the UK and the Sikh community in India.

The world’s first Sikh Awards ceremony was held on the 10th October 2010 (10-10-10) as a tribute to the skills, achievements and successes of the Sikh community. It was a historical and successful event organised by The Sikh Directory. The first edition of the directory was published in 2006 and has since been updated and published annually. It is currently the world’s largest and most comprehensive Sikh business directory. It is an established and trusted brand, which educates the next generation, stimulates community networking and connects buyers and sellers.

The Sikh Directory’s main objectives are to serve, connect and unite the Sikh community around the world, to help promote and magnify the competitiveness and breadth of Sikh businesses internationally.

Sikhs have made a significant impact around the world giving encouragement to younger generations who strive to achieve continuous success. Whilst there is more work to do, the awareness of the Sikh identity has also become more understood and respected as the enormous contributions of Sikhs are celebrated at this global event.

Please have a look at the website for further details on the new World Sikh Directory. 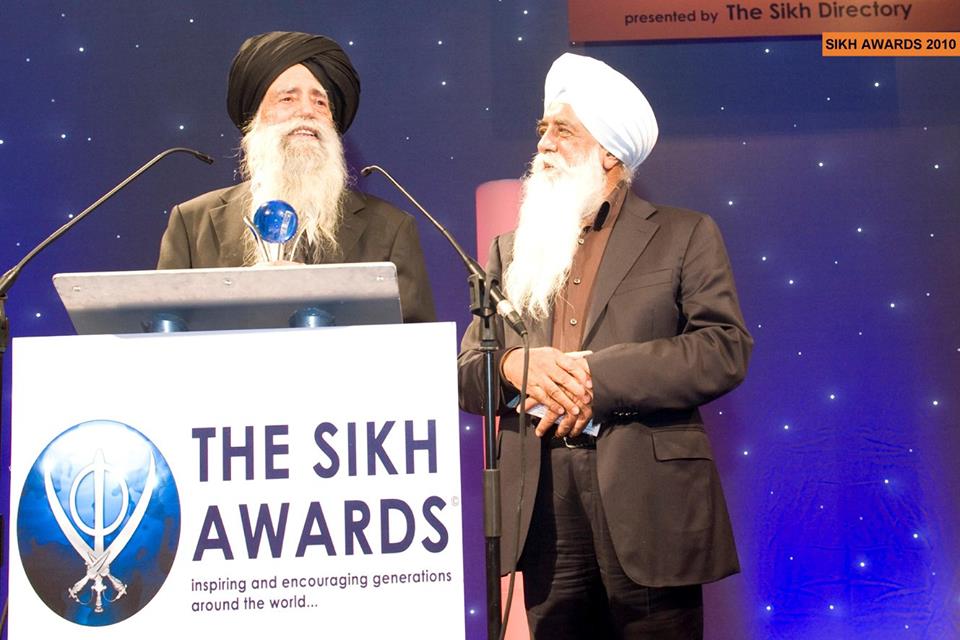 Awards are presented to individuals or organisations that have given an excellent service in their chosen field, especially Sikhs who have delivered their service in an exceptional and innovative way and can show examples of selfless voluntary service (seva).

Sikhs in Business
For the organisation or individual that can best demonstrate how it has made exceptional financial returns, shown strong growth, innovative strategies and clear market leadership in its sector. This category also incorporates Business Man, Business Women and Entrepreneur awards.

Sikhs in Charity
For an individual, organisation, or society which can best demonstrate that it has the community at heart and has had a positive impact whilst improving the health and wellbeing of society.

Sikhs in Education
For any Sikh educational establishment, teacher or individual that is taking a strategic approach to recognising, educating and developing the talent and skills within the community.

Sikhs in Media
For an individual or organisation that has made a substantial positive impact within the media industry, including newspapers, websites, radio and television stations and all other media platforms.

Sikhs in Profession
Nominees in this category are employees whose contributions have made an exceptional difference on a local or global scale, in any field such as financial, medical, technology, government or legal.

Sikhs in Seva
This category recognises an outstanding individual who has shown exceptional vision and contribution to society through means of Seva (Selfless Voluntary Service).

Sikhs in Sports
For an individual that has made a significant contribution to the sports industry on a regional, national or global scale whilst promoting their Sikh Identity.

The Sikh Lifetime Achievement Award
For a Sikh who has made a significant contribution to Sikhism on a global scale, an individual who has demonstrated a positive impact on society whilst progressing Sikhism to higher levels.

The Sikh People’s Choice Award
Chosen by the community through the online voting process this category recognises an individual who has had a positive impact on people’s lives and has great admiration from others.

The Special Recognition Award
This highly respected honour is bestowed to a Sikh or non-Sikh that through their passion, dedication and commitment have made a significant contribution for the greater good of society. 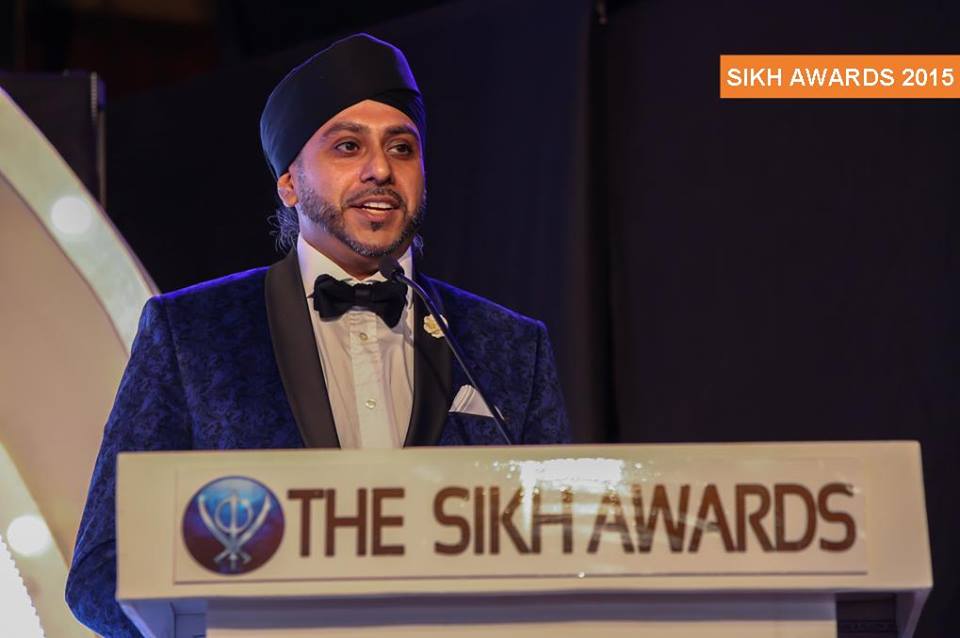 Mr Navdeep Singh Bansal, Founder of The Sikh Awards
Mr. Navdeep Singh, the Founder and publisher is dedicated towards serving and connecting businesses around the world. He was recently honoured by the Former Indian Prime Minister Sardar Manmohan Singh for his services to the Sikh community throughout the world. Navdeep Singh has created three established and trusted global brands – ‘The Sikh Directory’, ‘The Sikh Awards’ and ‘The Sikh 100’.

Navdeep is one of the most networked individuals and is extremely active in the Asian business community. In January 2015, he was selected to form a part of delegation from U.K that attended The Vibrant Gujarat Summit led by Lord Livingston the Minister of State for Trade and Investment in the UK.

Navdeep, a great propounder of the Sikh Dharam emphasises on embracing Sikh values and business ethics including excellence, elegance, loyalty and spirituality. On noticing Navdeep’s holistic approach towards Sikhism, other faiths also approached him for guidance on organising similar events for their respective communities.

Navdeep is being recognised and supported by major brands and dignitaries from around the world. 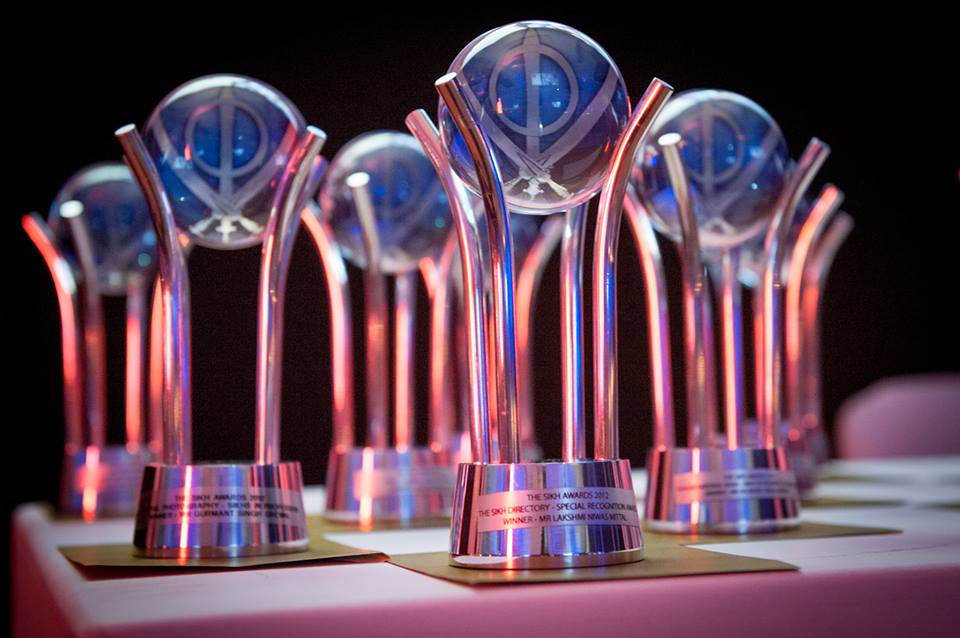