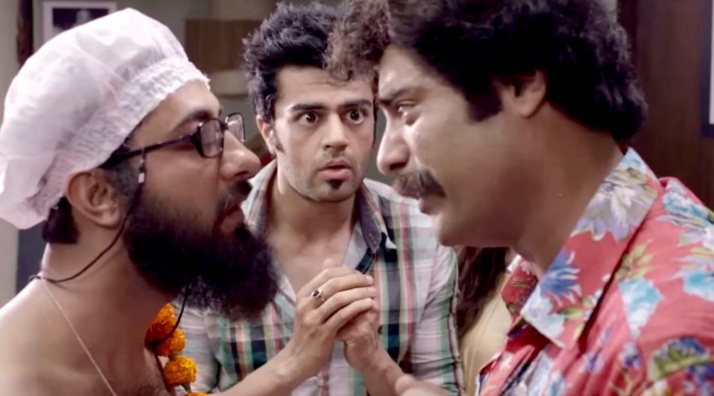 For Manish Paul, featuring in the sequel of Tere Bin Laden was a huge responsibility. The TV host and actor said he simply gave his best shot to the film. “It was definitely a burden for me. The first part was a sleeper hit. I had to keep in mind several things. But I still did not pay much attention to the burden part because I have a feeling that this film is surely going to repeat history. The script of the film is strong and we had a great time shooting it,” said Manish.

The film stars actors Sikandar Kher and Pradhuman Singh alongside Manish Paul and he adds, “We were like brothers on the set. We never treated each other like co-stars. Working with Abhishek is irritating initially because he does a lot of workshops, which really bug everyone. But we later realised that it helped. He used to scold us as we used to waste time on the sets by cracking jokes on each other.”

Manish, who plays a director in the film, further tells, “Abhishek has written the character modelled on himself. I thought it would be easy to play a director because I thought I just have to shout ‘Lights, Camera and Action’. But it was completely different. I had to shed weight for the film, which I had gained for the film Mickey Virus.”

Tere Bin Laden: Dead or Alive releases in cinemas worldwide on 26th February 2016 and is distributed by Reliance Entertainment.

Watch the trailer below