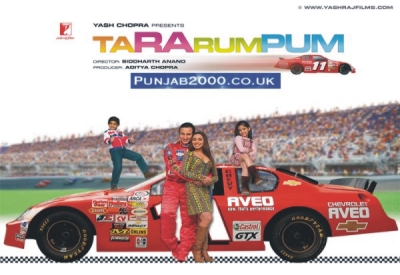 While Saif Ali Khan plays the male lead yet again, it is Rani Mukherjee, and not

Preity Zinta, who is cast opposite Saif in the film.

Before leaving for the movie's shooting in New York, Anand said he would love to work with Preity once again, but he roped in Rani for the film because she suited the character better.

The film, being produced under the Yash Raj Film's banner, is currently being shot in Manhattan.

'Tara Rum Pum Pum' will be a love story with ample doses of light humour.

The film may star Abhishek Bachchan in a brief role. After all, Abhi played a cameo in 'Salaam Namaste' as well