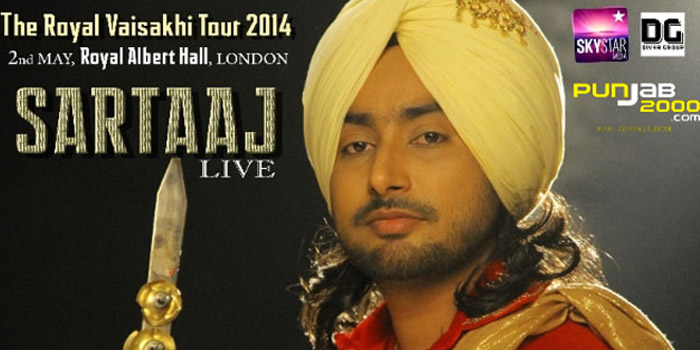 The Sufi prince, Satinder Sartaaj will perform tracks from his upcoming album for the very time at the Royal UK Vaisakhi Tour by Skystar Media.   Satinder Sartaaj announced that the eagerly awaited album ‘Rangrez’ will be released this spring across the globe, and we can reveal that the very first exclusive live performances of […]

Pakistan’s top pop artists gathered together for the very first time to record “Yeh Hum Naheen” which has already become a No 1 smash hit across Pakistan and has become an anthem for the people of the country. The song denounces terrorism throughout the world and sends a message that true Muslims do not support terrorism.