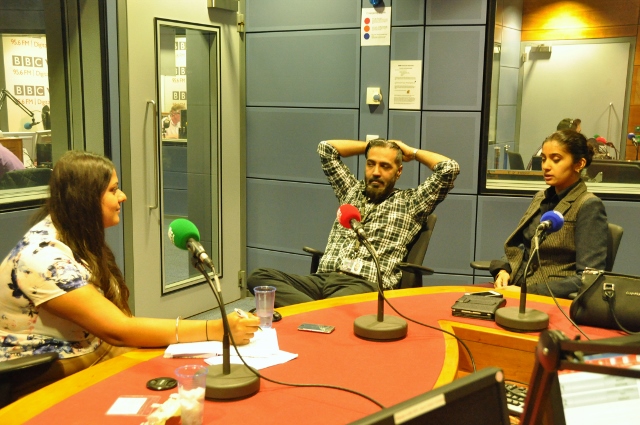 BBC radio presenting couple, Sunny and Shay Grewal invited Punjab2000’s Amrit to the BBC studios in Birmingham to talk about their big move to BBC West Midlands and their new online sitcom, As We Proceed. (Available to view by clicking their separate interview) 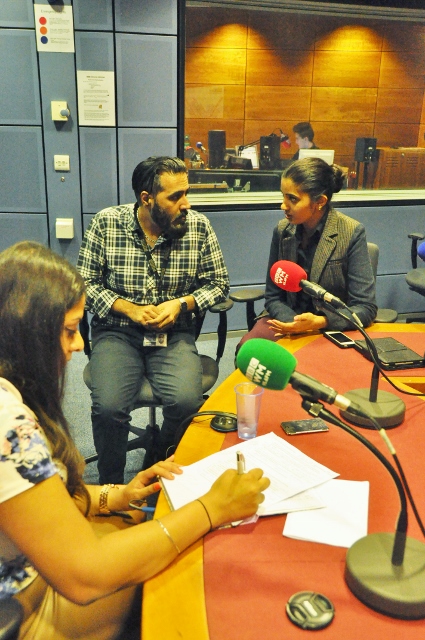 Having first been with BBC Asian Network for two years, Sunny and Shay will be celebrating their fourth year anniversary at BBC London in December at the end of this year.

More exciting news brings the radio couple to Birmingham with the launch of their new show, Monday to Thursdays on BBC WM 95.6FM from 2pm to 4pm.

The ambitious couple land what they describe as their dream of presenting for a mainstream radio station as part of the BBC family.

Sunny and Shay with Amaretto’s World of Punjab2000

Managing Editor at BBC WM comments “Sunny and Shay are a breath of fresh air in the offices at BBC WM – they’re exactly the same as they are on the radio – loud and lively!  But always so happy they make the whole office smile.” 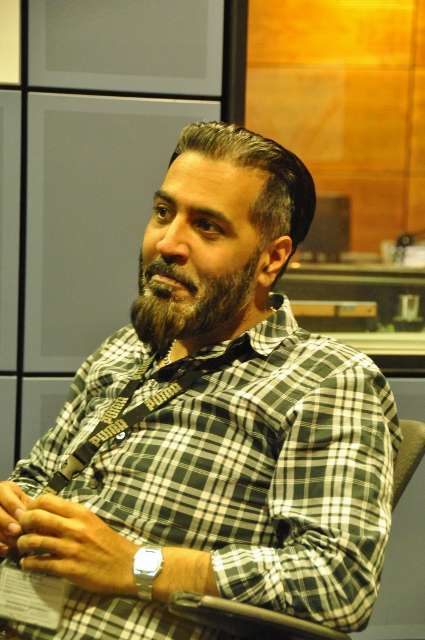 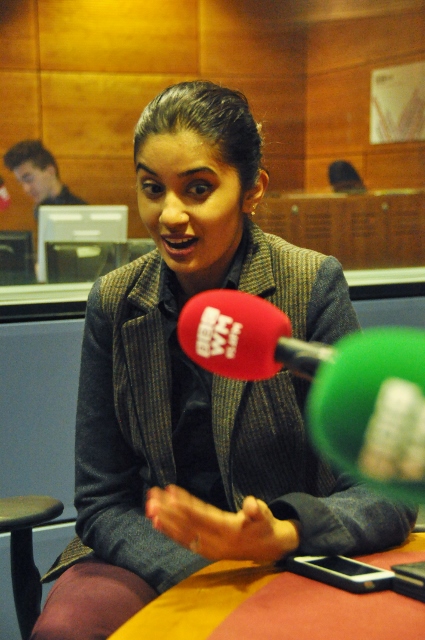 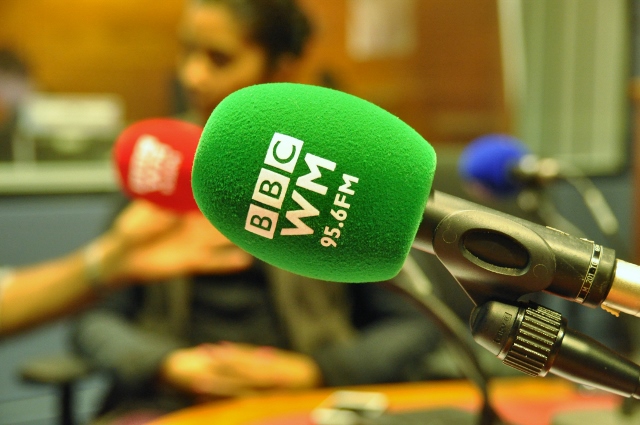 Read on to find out more about what radio means to Sunny and Shay, and what it’s like working together…

1.       Since ‘The Family’ you’ve been involved in many different forms of the media. What came about first?

Shay: So essentially what happened was after The Family we’d been doing a lot of interviews. I did one with Nikki Bedi on Asian Network and she said to me live on air “you’ve got a fantastic radio voice”. So I was like oh okay thanks! Also Jo Good at BBC London did an interview with Sunny and I, and said to us that we both need to do a radio show. She was our mentor; she was the person who sent us out to red carpet events for her show.

Six months in she invited us in to review a show and we didn’t know it was Sanjeev Bhaskar’s play, and he was listening in! He said he really liked the way we reviewed it. So soon we were offered BBC London and talking with BBC Asian Network at the same time.

2. Would you say that radio was one of the biggest moves for Sunny and Shay?

Sunny: The biggest move for us was BBC WM. We physically moved to Birmingham and are very much part of The Midlands and Black Country. Gareth Roberts has been our absolute mentor from day go. He’s instrumental in our growth.

Shay: Doing radio is something we’ve always wanted to do. Now we’ve got a fantastic platform what has been our aim is a mainstream, prime time radio show. And BBC WM is mainstream and it’s prime time you know. We’ve interviewed Micahel Palin, Om Puri and so many more great people.

Sunny: And with that I’d like to say, the big names come and go but what makes it is when we get our local listeners calling in and telling us we sound great. That’s when you know you’ve made it.

3.       From BBC Asian Network to BBC London, we’re now going to be able to hear you across The Midlands on BBC WM. Tell us what we can be expecting from the new show?

Shay: So it’s a two hour show. The first hour is very topical with our topic of the day. We put out an opinion and we invite everyone to be a part of our family and speak with the callers about it as part of our BBC family.

And the second hour is very much film, theatre, food, music, anything happening to do with culture. And again back to the idea of family, we’ve even had Mum on the show and she’s revealed that she would dress Sunny up as a cross-dresser because she wanted a girl *laughs*, and that he lost her £80 million lottery ticket!

4.       And how is it working out with you guys now living in Birmingham?

Shay: Monday to Thursday we’re in Birmingham at BBC WM and Fridays to Sundays we’re in London.  For now a lot of our life is in The Midlands, but it’s like coming to a home away from home. We have a lot of family here, friends here and whilst we were at Asian Network we were in Birmingham too.

5. Out of all of your ventures which have you enjoyed the most?

Sunny: Getting married to Shay.

Shay: Aww, well we have been together 11 years. And I remember in the beginning when we worked in the city and working long days. So we have always wanted to work together and now it’s just the best thing.

Sunny: For me it has to be Sunny Ahuja. He’s an amazing business man. He’s one of those guys who should be mentoring other businessmen because he is the best person you could work for. And he shows that you don’t have to be a horrible person to make a lot of money. He has awards from the Queen. He’s is one of the nicest and most interesting people I have met to date.

Shay: I love having music guests on and theatre, all that kind of stuff. I’ve enjoyed everyone from Dharmendra to Ashwariya Rai on the Bollywood side and then Angelina Jolie, Tom Hardy. Also Raghu Dixit – his voice is amazing!

Sunny: That performance was mind-blasting!

Shay: With the job that we do we are very thankful. We get to meet people from all different walks of life. It’s amazing that we get to meet these people and interview them.

Sunny: I think I’ve already got mine. Dharmendra. I was so lucky I got to interview him twice actually, I’m a big fan.

Shay: Clint Eastwood or Sting because of my dad. I’d also love to do a one on one with Amitabh Bachan too.

9.       How do you find working for the BBC from London to Birmingham?

Sunny: Working for BBC as a whole is great. As an institution they support you and back you. And as a result we’re very thankful for that support from them.

10.   The two of you work tremendously well. Do you ever get sick of one another, and how do you handle it?

Shay: Well for Sunny all he needs are his wife and his family.

Shay: I’m a bit more of a sociable person so my friends are really important to me. They were my support during not having my mum and my wedding and all of that so I think that’s how we have our balance.

Sunny: It depends on what it is. If it comes down to something that’s written and I don’t understand it because I’m dyslexic then Shay will handle it. When it’s something creative then it’s always mine.

For Amaretto’s “Quick Fire Questions” to Sunny & Shay see her interview with them about As We Proceed.