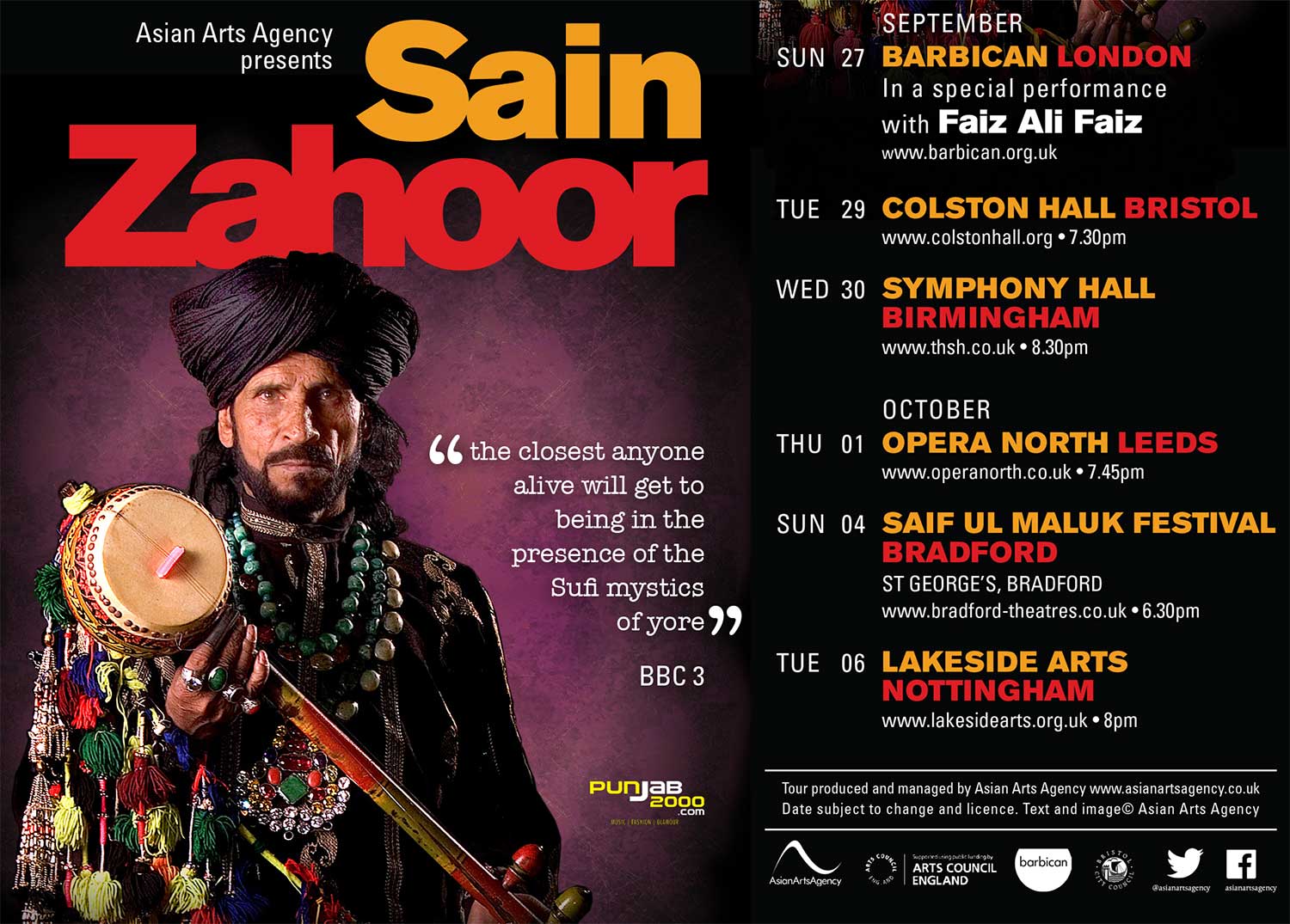 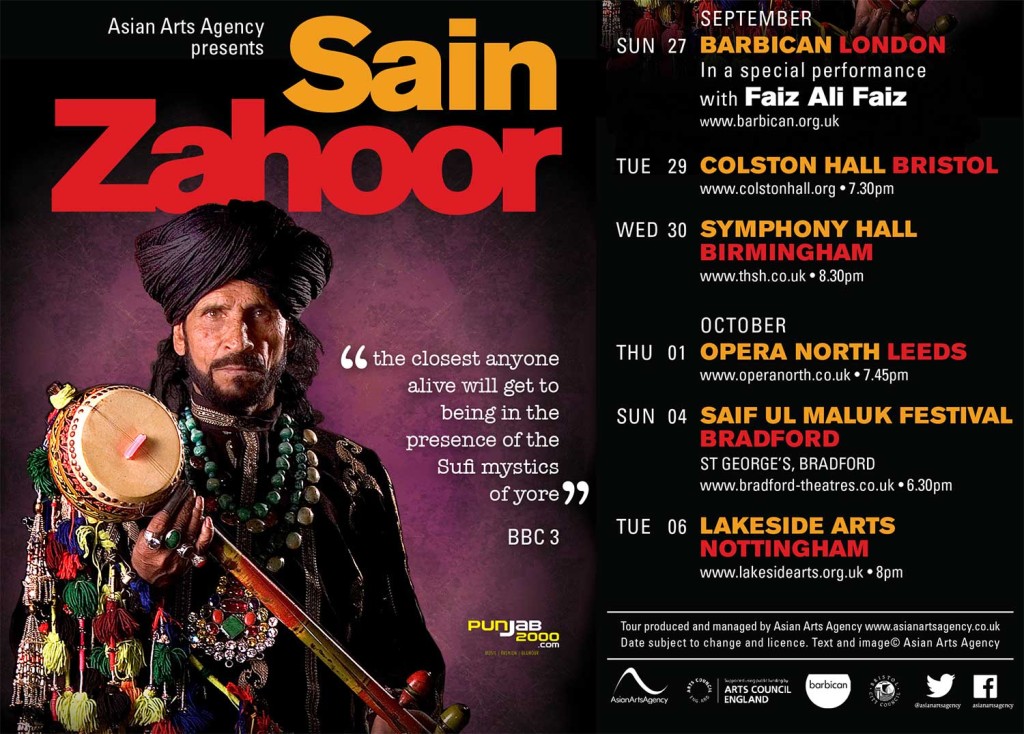 Asian Arts Agency is delighted to present the Sufi street musician Sain Zahoor on his UK tour this autumn.
A wandering minstrel from Pakistan, Sain Zahoor is self-taught, spiritual, and a true original. After reoccurring dreams as a child that called him away from his family, he devoted his life to singing at shrines and gained a cult following in Pakistan and then around the world. With no manager or record deal, in 2006 he was nominated for the BBC World Music Award purely from word of mouth, and has since released records, contributed to film soundtracks, and toured internationally.
Sain performs surprisingly radical compositions by well-known Sufi poets, accompanied by percussion and harmonium and made distinctive by his raw and powerful voice. Sain is a master of the three-string Ektara lute and his music embodies the cultural wealth and soul of Pakistan’s popular street culture where he began his long journey with music and spirituality.  With his small five-piece ensemble, this charismatic figure is a true holy man who makes an unforgettable impression.
The Barbican, London – 27th September
Colston Hall, Bristol – 29th September
Symphony Hall, Birmingham – 30th September
Opera North, Leeds – 1st October
St George’s Hall, Bradford – 4th October
Lakeside, Nottingham – 6th October
BIRMINGHAM DATE TBC