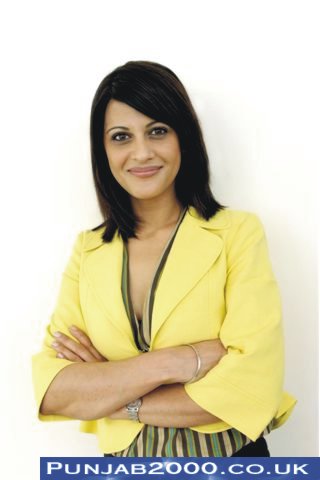 Sonia Deol is of a Sikh Punjabi background and was born in Birmingham.  She has a degree in Humanities.

Sonia joined the BBC Asian Network in 2002 to front the station’s first ever mid morning phone in – The Sonia Deol show.

The show developed a strong following and gained a reputation for tackling difficult issues from the 2005 riots in Birmingham, to Asian identity.   The show has won a number of awards, including the Sony Radio Academy bronze Award in the Interactive category in 2003.

Sonia herself was awarded The Asian Achievers Media Award 2006.  Whilst being a prominent voice in Asian radio Sonia has also worked extensively in television. She was the face of BBC 2's Network East for four years which included presenting

The Mega Mela from the Birmingham NEC. Sonia has also been an East Midlands reporter for BBC News, a newsreader for BBC1's London News, and reported for BBC 1's Heaven and Earth Show.

Sonia made her first radio programme at the age of fourteen for her local radio station BBC Radio WM to raise money for Comic Relief.

16 years ago in Bio's / Profiles
Bio's Get the info about who the artiste are etc.BiographyHeaven and Earth ShowSONIA DEOLBBC Asian Network SONIA DEOLSony Radio Academy bronze Award