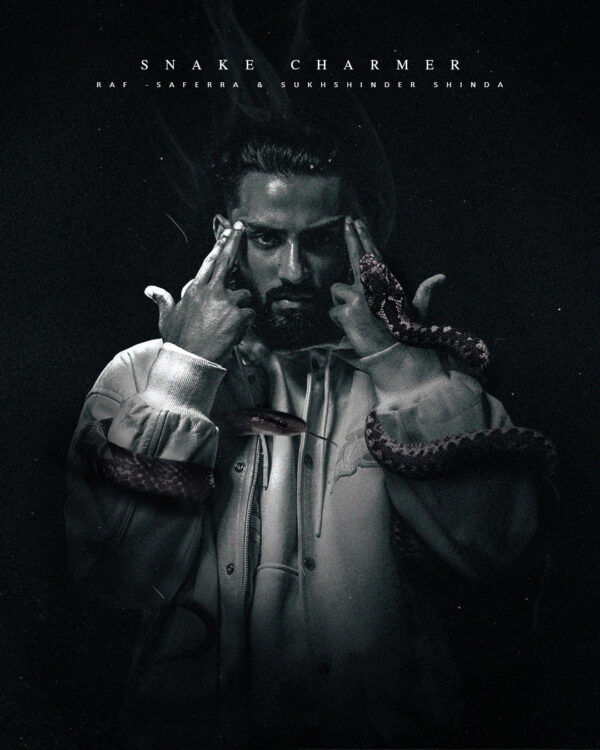 From a UK Bhangra perspective if there were any positives, coming out from the Global Pandemic…it would be the dramatic rise of Raf-Saperra.

The past 6 months saw Saperra dominate the cultural conversation and rapidly build a cult following within the UK like no other British-Punjabi artist has done in recent years. From being enrolled as a BBC Future Sounds Act 2021 and Securing a featured article on Basement Approved (making Raf the first desi Punjabi artist to be featured) it’s fair to say that the south London native has made an impact on UK culture for both Punjabi and non-Punjabi audiences.

The Singer-Director is already being cc’d with some of the biggest names in World Punjabi Music. Fresh off the back of working with Sidhu Moosewala and Steel Banglez for two directorial projects from the much talked about Moosetape album, Raf-Saperra takes it a step further by ascending a pinnacle dream which even the most accomplished artists aren’t able to claim. Working with Sukshinder Shinda.

Sukshinder Shinda, the man who shaped some of the most prominent musical sounds and careers in this industry – including titans like Jazzy B – is now set to be the bless the career of Raf-Saperra with the release of his third single: ‘Snake Charmer’. The song showcases an uncompromisingly, desi and dhol heavy sound that the award-winning music director is known for. On Friday 25th June 2021, The Legendary Music Director hands the torch over to Raf-Saperra making him the first ever UK Born Artist of the Desi/Folk genre who Sukshinder Shinda has blessed and taken under his wing.

‘Snake Charmer’ will be joined by an official music video directed by Adeel Kureshii, which is set to release on 25th June 2021 exclusively to Juqebox Records. The single will be available to pre-order, purchase and stream from all major distributors.

“With this song, I hope to bring the youngsters out there to appreciate the live kind of sound, the live Folk sound.”
-Sukshinder Shinda

“In a contemporary market over saturated by a particular music style/lyrical style, this track is a statement and a testament to the style of music I represent.”
-Raf-Saperra