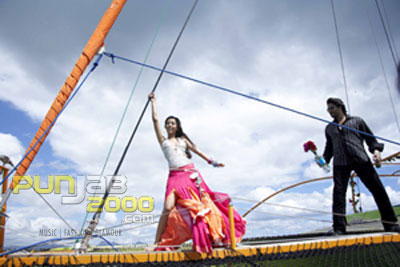 SHORTKUT wrapped in the Thai Ocean!

While the title track of Shortkut is creating waves, its second track, Pal Pal has been tickling everyone’s funnybones thanks to Arshad Warsi's berserk dance moves.

The Pal Pal song shot in picturesque Bangkok sees the babe-licious Amrita Rao grooving on a yacht. What most people don’t know is that while the song was being shot the yacht lost its direction and the entire crew along with choreographer Bosco were lost in the ocean! To add to their misery, it started raining. To contain the panic Arshad gathered everyone and started dancing on the yacht and in minutes, from a stranded ship, it turned into a film wrap party for the entire crew!

The incident is Amrita’s favourite memory from the film: "The atmosphere was transformed! One moment we were all seriously shooting and the next we were dancing on-board. It was a perfect finish to our schedule in Bangkok and I couldn’t have asked for a better wrap experience!" she said smiling.

Shortkut will see a worldwide release on July 10th by Indian Films- Studio18.